With all the statistical and data analysis used in professional sports today, sometimes it’s nice to see at least one stat that goes unchanged no matter how many games a team plays. This happened last night as the U.S. Men’s National Team once again defeated their arch rival, Mexico, in a key World Cup qualifying match in Columbus, Ohio, by a score of 2-0. This is the fourth time the US has defeated Mexico with a score of 2-0 at Columbus Crew Stadium, earning the grudge match the nickname “Dos a Cero.” 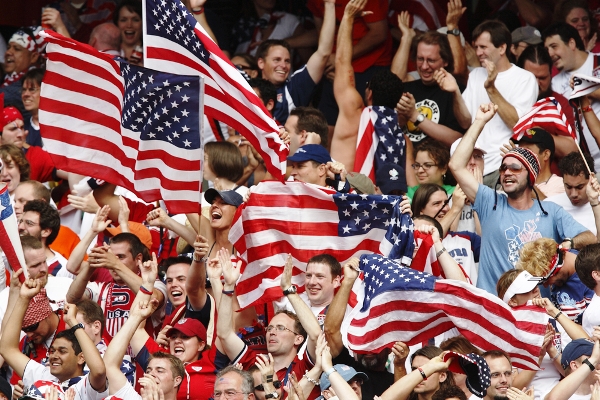 Demographics were a main reason why the historic rivalry began to be played in Columbus. For years the U.S. would play Mexico in a big city like Los Angeles or New York, but there was a problem: The Mexican and Latino populations of those areas were so dense, more supporters would show up to support Mexico.

“You’d go to [other] stadiums [in the U.S.] and you’d feel like you were playing in another country because there were more fans for the other team than there were for you,” U.S. forward Clint Dempsey said before last night’s match.

The U.S. team badly needed a home field advantage, and they got it when Columbus opened the first soccer-specific stadium in 1999. The U.S. chose the venue to play Mexico on a chilly night in February 2001, and the U.S. defeated their rivals 2-0 with temperatures so cold the Mexican team didn’t even bother to warm up before the match.

The U.S. lost their star player early when forward Brian McBride suffered a collision and his right eye swelled up to the size of a golf ball. But his replacement was a speedy young forward named Josh Wolff who netted two goals and “Dos a Cero” was born, offering a psychological edge to the U.S.

“Columbus is one of those venues where you have that twelfth man,” Dempsey said. “The crowd is all behind you. It gives you a little bit more wind in your sails and puts pressure on the other team.”

Naturally, the U.S. has decided to play Mexico in Columbus every time the teams face off in a World Cup qualifying match (the U.S. has also played Mexico in Gold Cup, as well as friendly matches in other cities). Two more times the Americans prevailed by a score of 2-0, once in 2005 and again in 2009.

Dempsey could have even made the score 3-0 last night with a final penalty kick in the 94th minute, but instead he shot it high and wide, holding the “Dos a Cero” tradition firmly intact.

As SAP gets more involved with TSG Hoffenheim, The Bundesliga and soccer in general, they should know that very few things stay constant in the world of sports statistics, and even fewer things maintain a perfect 100 percent record. But without using data analysis software and tools, there is one stat that U.S. soccer fans can always count on: When the United States plays Mexico in Columbus, the score will be 2-0 to the home side.