0 2 6,022
Business Case:
In a business scenario, End users would want to select multiple products or cost
centers to plan in an input schedule which are not a part of single grouping or hierarchy.
This requirement can be implemented using a VBA macro or without using VBA macro.
Let us see the pros and cons of both these options,

Here we will see in detail for designing a report/input schedule without using VBA Macro option,

In a report/input schedule, if the user wanted to select members of a dimension which are random and

In this scenario, Entity dimension members will be randomly selected by user, 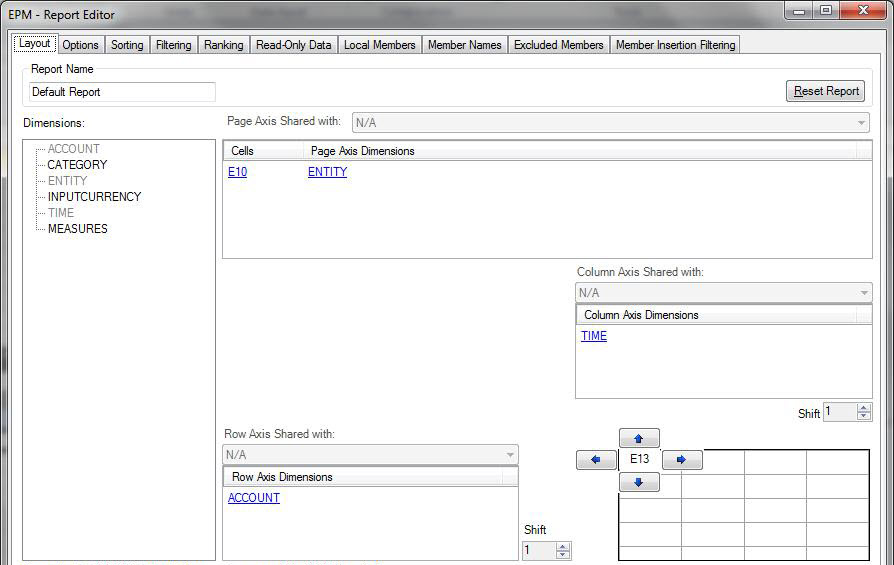 This option will allow user to select multiple random members. 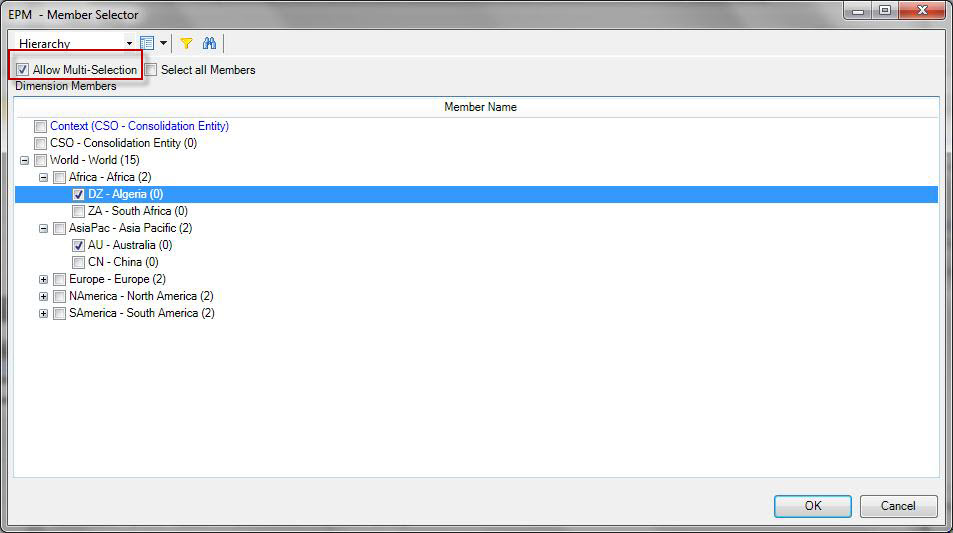 In the dummy report, we can hide the expansion range leaving only the page key selection to be visible.

We will refer to the selection made by user in the previous step – page axis of the dummy report (000). 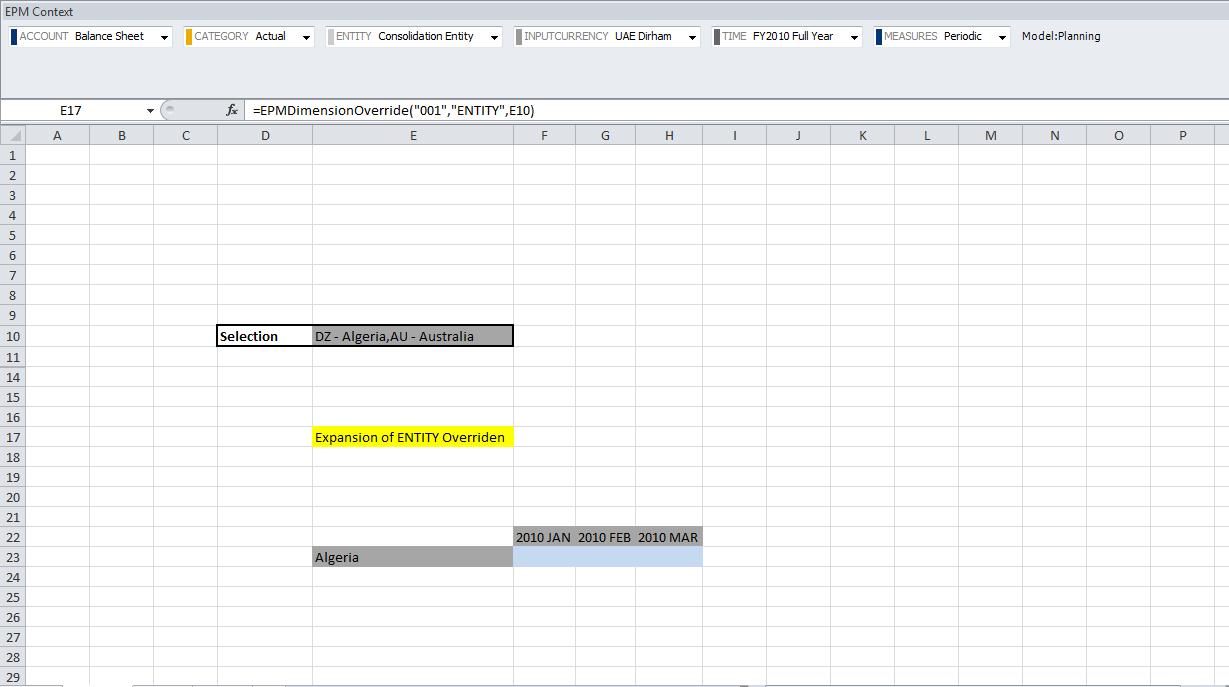 Final report would appear like below screenshot, it allows user to select multiple random member of a

dimension in a report and expand with that selection. 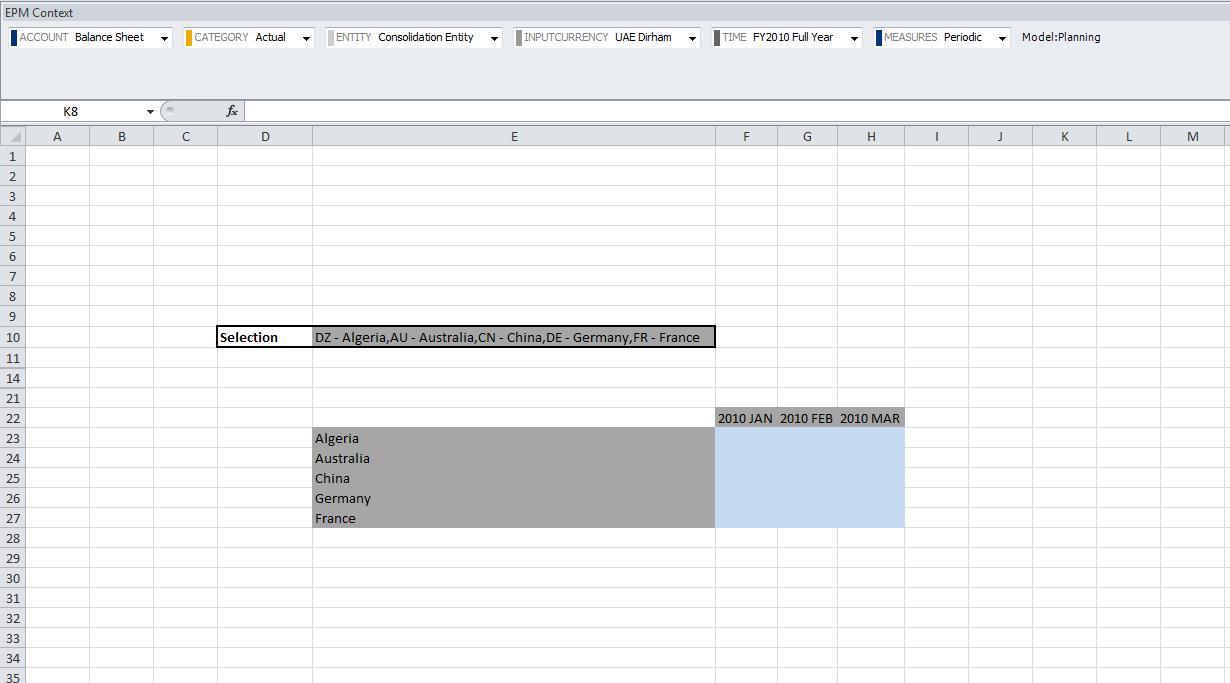 Limitation: There is a limit of 30 members which are allowed to be selected in page key axis.

Using VBA: Another way to achieve this requirement is to create an expansion which has entire list of

the members in the report.