SAP Techniversity is back!! Last year SAP Techniversity was a big hit and more than 5000 students from 76 colleges and institutes attended the event to learn & experience the cutting edge technologies. This year SAP Techniversity will be held on September 28th, 2013 at KTPO Bangalore, India and will provide the students, who are on the threshold of joining the technology industry, an excellent introduction to the key technical ideas by the best speakers. It will expose them to the rigours of the sector and fire their creativity through app-development contests. 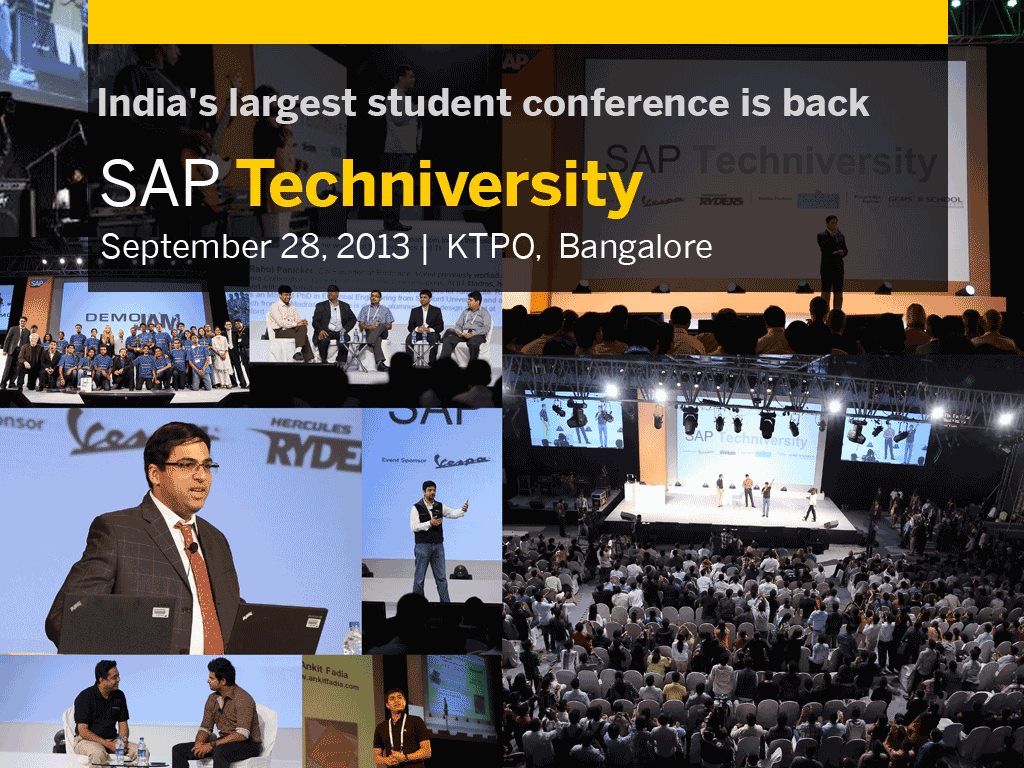 On August 14th, 2013 I interacted with COEP Students on behalf of SAP University Alliances, being a SAP Student Ambassador. The students were informed about the SAP University Alliances App Rumble India 2013 Competition and also about the rules and various stages of the competition. Students were also introduced to Design Thinking and SAP HANA using which they were asked to develop ideas for the App Rumble contest. Some of the students submitted their ideas and participated in the App rumble contest. During this interaction the students were introduced to the MOOC openSAP for continued learning on latest IT knowledge, to which many have enrolled now. The Students were excited to hear about the much awaited event SAP Techniversity 2013 and are keenly looking forward to attend the event and experience the event themselves. Students were also informed about the SAP Student Council where they can join to get access to latest high-tech news, build a network within SAP that will help for a future career at SAP, receive invitations to SAP Events and many more benefits.

It was great to interact with these bright students and I am looking forward to seeing them and many more students at SAP Techniversity 2013, KTPO, Bangalore on September 28th 2013.