How to Download and Upload SAP Queries,Infosets and User Groups to another client or System[QAS,PRD]?

How to Download and Upload SAP Queries,Infosets and User Groups to another client or System[QAS,PRD]?

Downloading SAP Queries,Infosets and usergroups could be a bit daunting at first,but nevertheless it is quite a useful skill to have in your arsenal. SAP Queries can be divided into 2 parts called work areas:

Any query created in the standard area is available to a particular client in the sap system. For instance in the Development system with client 100.

Any Query created in the Global Area is available across all clients of given system. For instance in the Development system,which has clients 100,200,300 etc.

Most of the SAP Standard Queries available under ‘Information System‘ nodes belong to the Global Area,which usually used for SAP created Query Reports. Most custom SAP Query reports are created in the Standard Area.

The following steps would be required in order to download and upload SAP Queries:

> To seek out all queries relevant to your user group first enter in the transaction ‘SQ01‘ in the command field.

> use the menu path:

] on the extreme left of the application toolbar or use the key board shortcut of ‘Shift + F7‘.

Clicking it will bring in all user groups associated with the the selected area and select your specific user.

> Once the user group has been selected it brings in all the Queries created by your specific user group.

> Copy the names of all the reports that you want to download,by selecting one of the columns and pressing the ‘Ctrl + Y‘ shortcut to select values of a specific column. ideally copy and paste them in an excel sheet.

> First download the user groups,associated with the Queries and Infosets.

> Do keep in mind that all infosets associated with the reports must also be downloaded.

> In SQ01,you can also find the name of the infoset associated with it as well. Which is shown in the form of an alv like list,once you have selected your user group,as mentioned above.

For finding the list of all SAP Queries associated with an Infoset:

> There is a query mechanism in SQ02,that allows you to fetch all the reports associated with a particular infoset. Right click the infoset name and choose the ‘Queries for Infoset‘ option,this will show a list of SAP Query reports that are using this selected infoset.

There are two ways in which you can download Usergroups,SAP Queries and Infosets:

(A)Using the transaction SQ02 and using the menu path:

you can open a program named ‘RSAQR3TR‘ in transaction ‘SE38‘(ABAP Editor),by copying this name and pressing the ‘F8‘ key to execute this program.

This will bring the ‘SAP Query Transport Tool‘,a utility for performing transports of mentioned objects.

> In the ‘Transport Action Selection‘ area,select the ‘Download‘ radio button. Next check the

‘Overwriting allowed(only with import/upload/copy)‘ checkbox. Finally uncheck the ‘Test run‘ checkbox in this area. If you want to transport variants created by the users as well,you can check one of the query variant option checkboxes.

> Now in the ‘Transport Option Selection‘ area,select the radio buttons based on the following sequence as mentioned before:

Select the ‘Transport user groups‘ radio button,in the ‘Import Option‘ field enter in ‘REPLACE‘ and in the ‘user groups‘ field,enter in one or more user groups to be downloaded.

Select the ‘Transport Infosets‘ radio button,in the ‘Import Option‘ field enter in ‘REPLACE‘ and in the ‘Infosets‘ field,enter in one or more Infosets to be downloaded.

Select the ‘Transport queries‘ radio button,in the ‘Import Option‘ field enter in ‘REPLACE‘ and in the ‘Usergroups‘ field,enter in one or more usergroups and in the ‘Queries‘ field.

You will need add in the list of all User groups, Infosets and SAP Queries names already copied in the first step in an excel sheet. Just copy and paste each of them in their respective fields.

> Finally,once you have provided the selection criteria above,click the execute button,which will prompt you to download the provided SAP Queries and Infosets into an archive file with no extension. Do keep in mind that this archive will be used for uploading  these on a target  client.

> In case you don’t see the topmost set of radio buttons for downloading or uploading SAP Query related objects via the menu path mentioned above in transaction SQ02,you can use the program version of the Download utility(RSAQR3TR).

and finally if all the steps have been successfully followed,you will find them uploaded to any of the targeted systems. In my case,on QAS server. See the screenshot below.

I have also attached the sample sap user group,infoset and queries backup as were demonstrated throughout this document. These could found individually attached with the following names ‘z_sap_queries.zip‘,’zfj_infoset.zip‘ and ‘zfj_usergroup.zip‘. Just extract each of them to upload them via SQ02.

Some Caveats for SAP Query Uploads to Work:

> Lets say you have not added a user(An SAP User) to a user group from where you want to access you sap query related objects. You should add it in the SAP User group from the SQ03 transaction.

> Make sure that all SAP Queries have been re-generated and they don’t have any errors. These could be achieved by first selecting the SAP Query in SQ01 and going to the menu path:

Secondly,you can also adjust your query to reflect newer changes in the SAP Info set associated with it. This can be achieved by going to the menu path:

Do keep in mind that if there are any errors in you SAP Query objects,they wont be uploaded successfully to the targeted system.

> These caveats should be followed on the Source Client on which you have created all your SAP Query related objects. 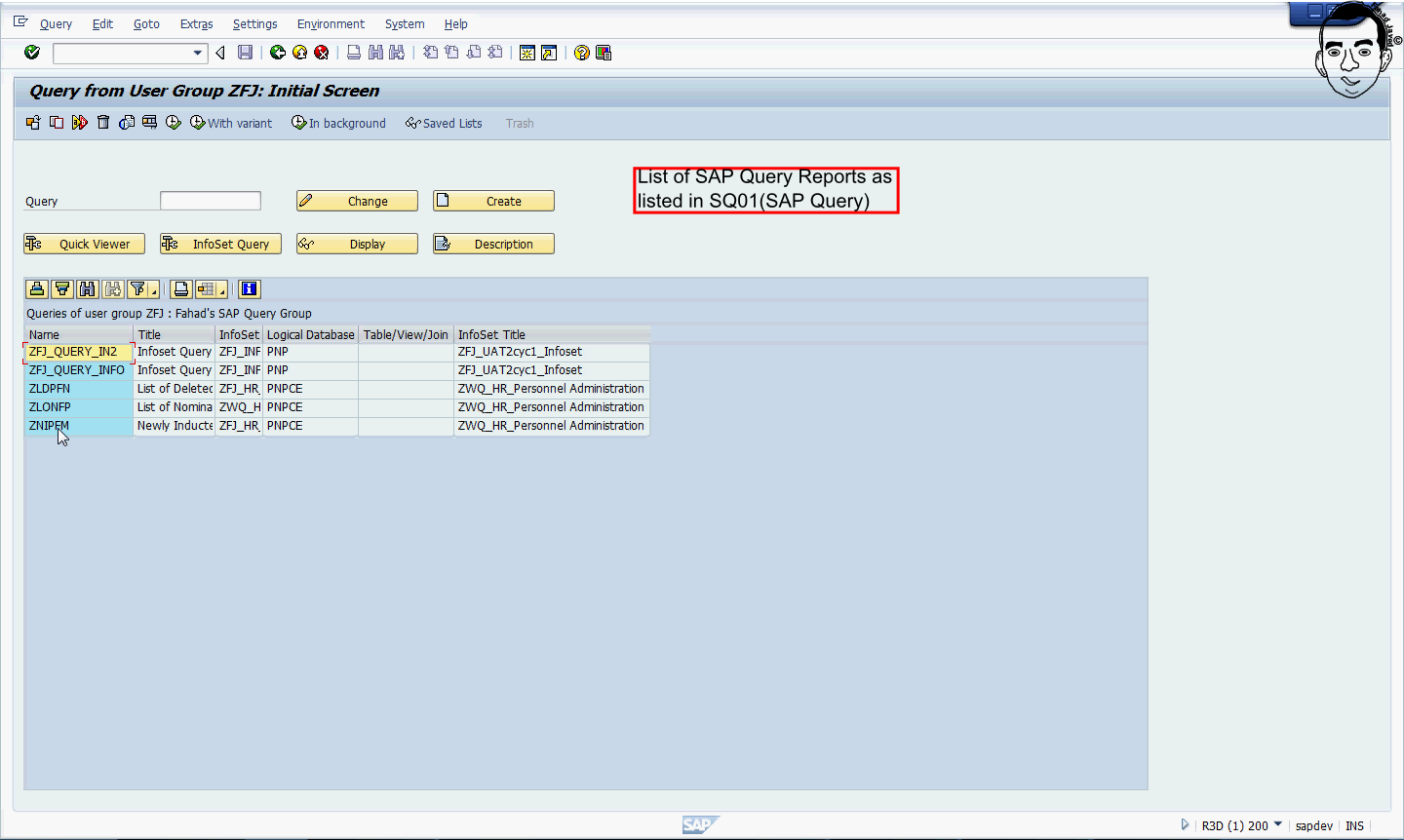 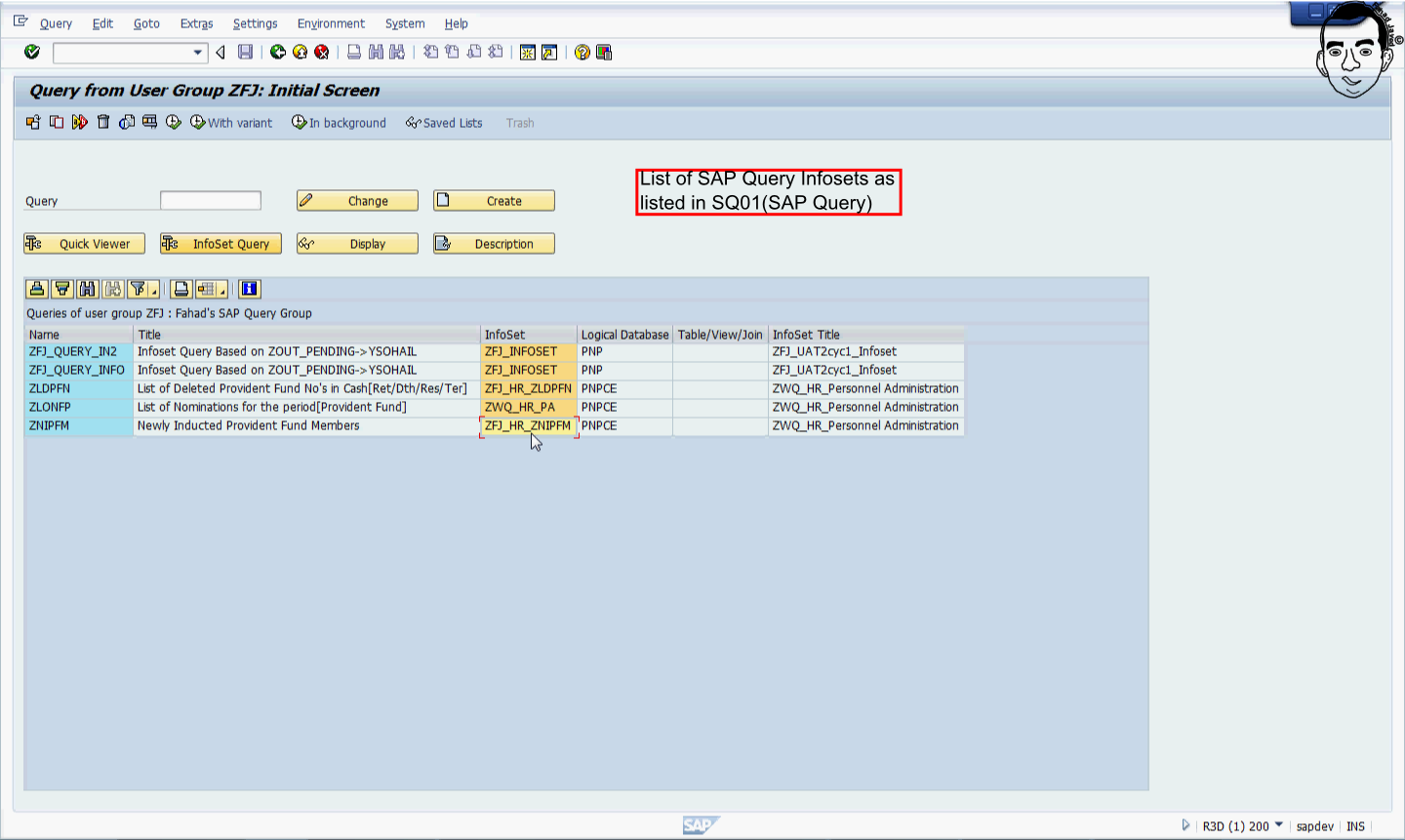 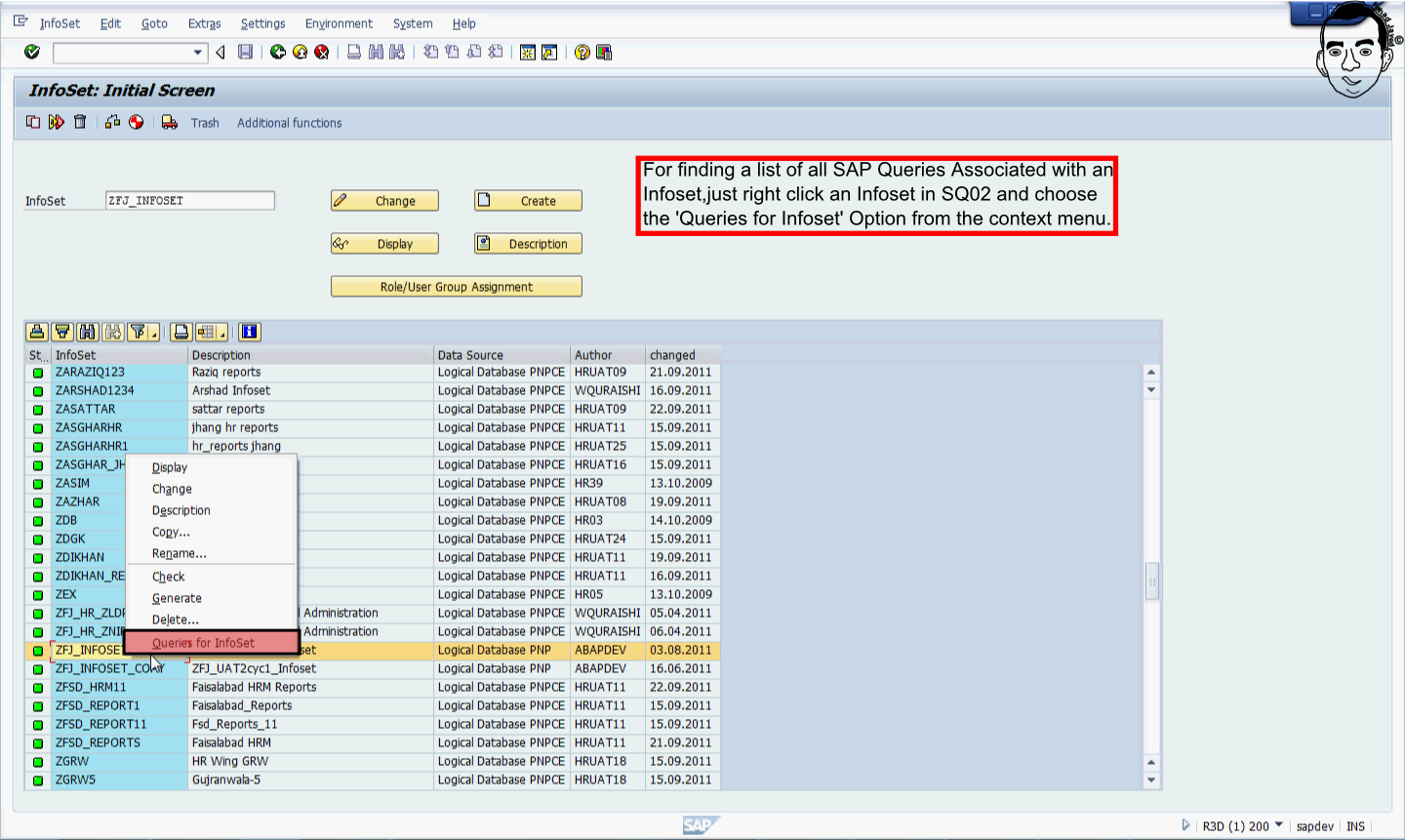 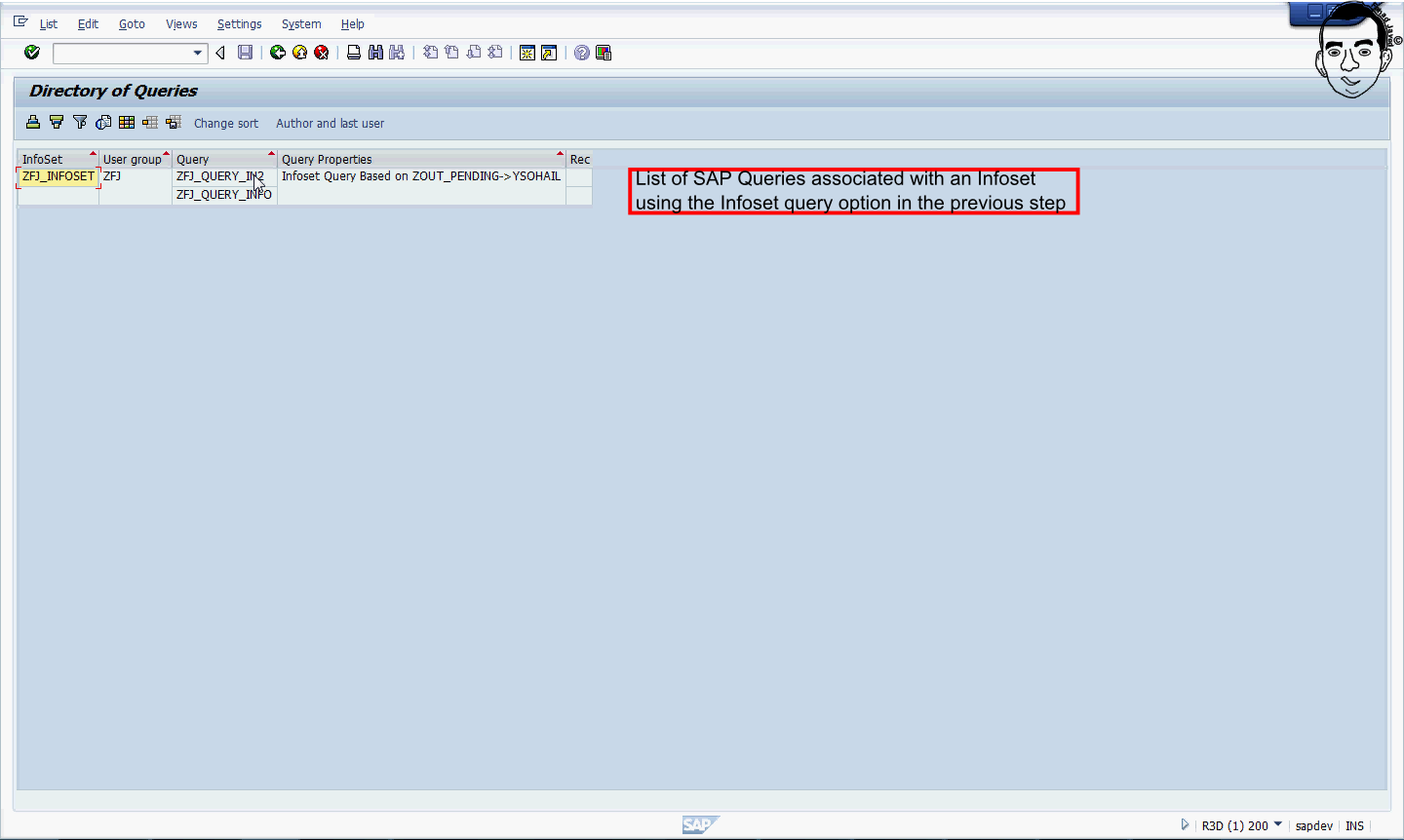 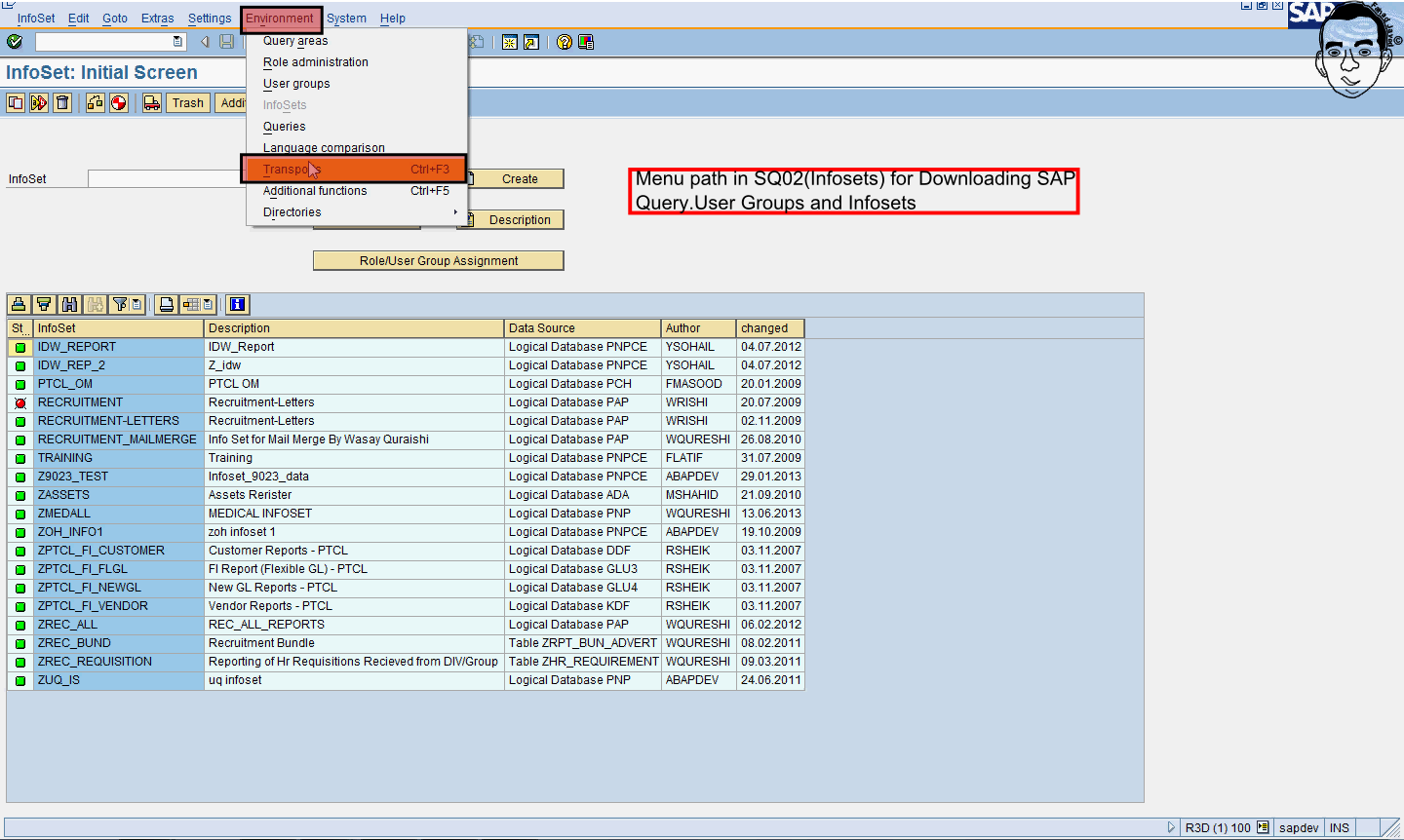 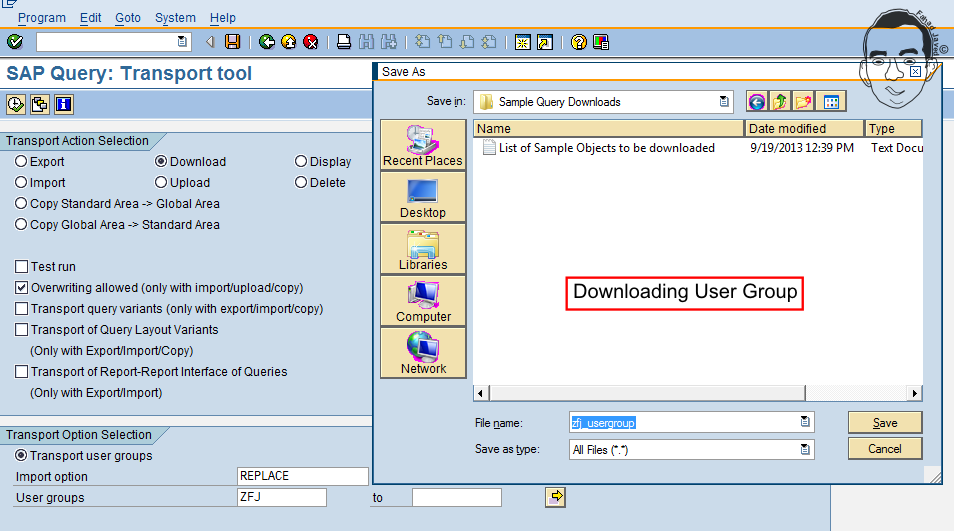 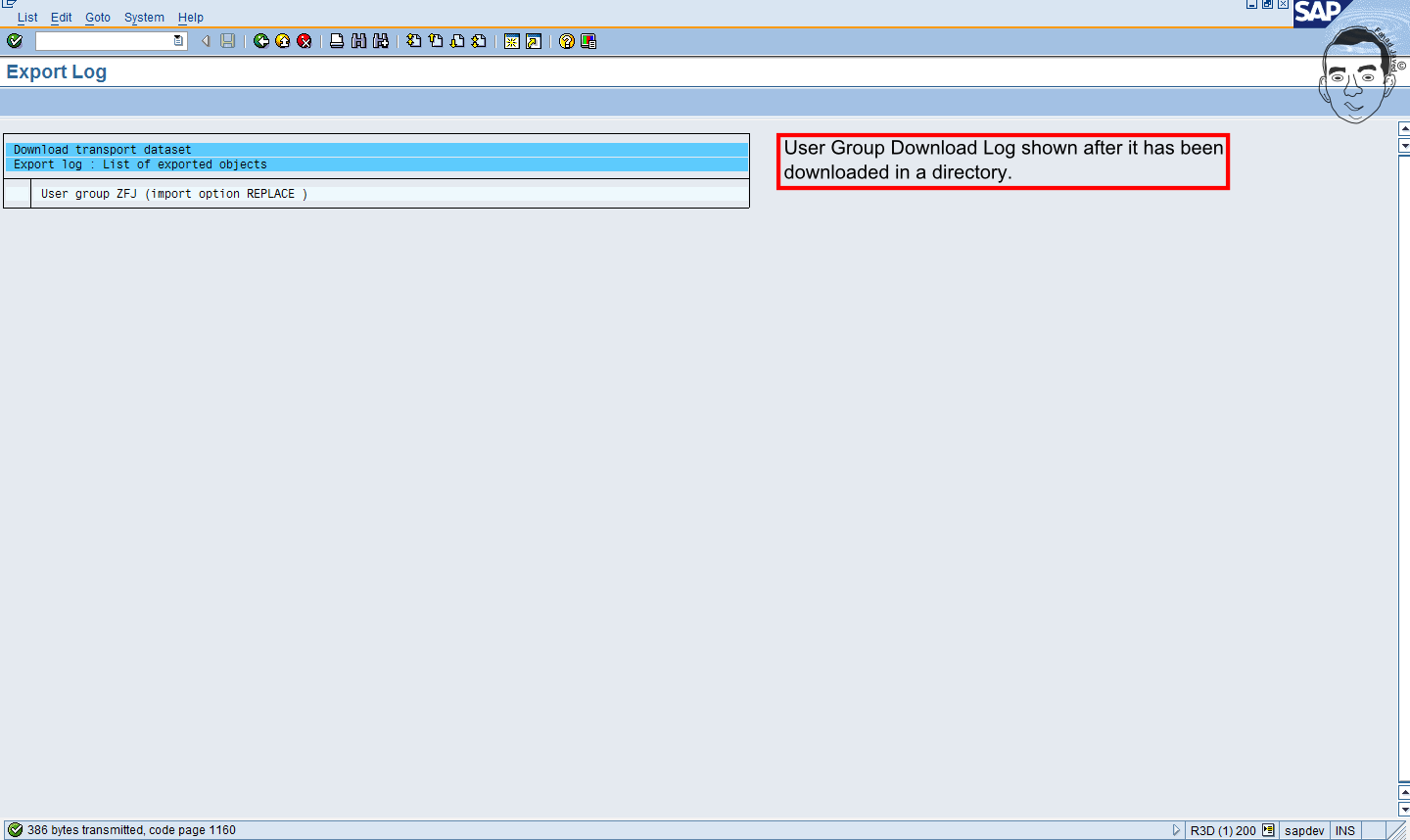 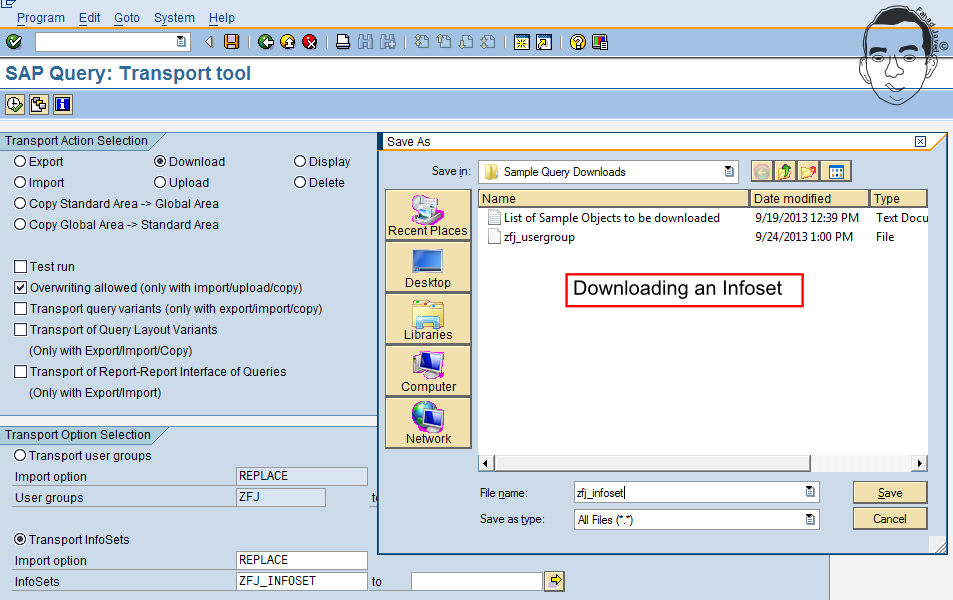 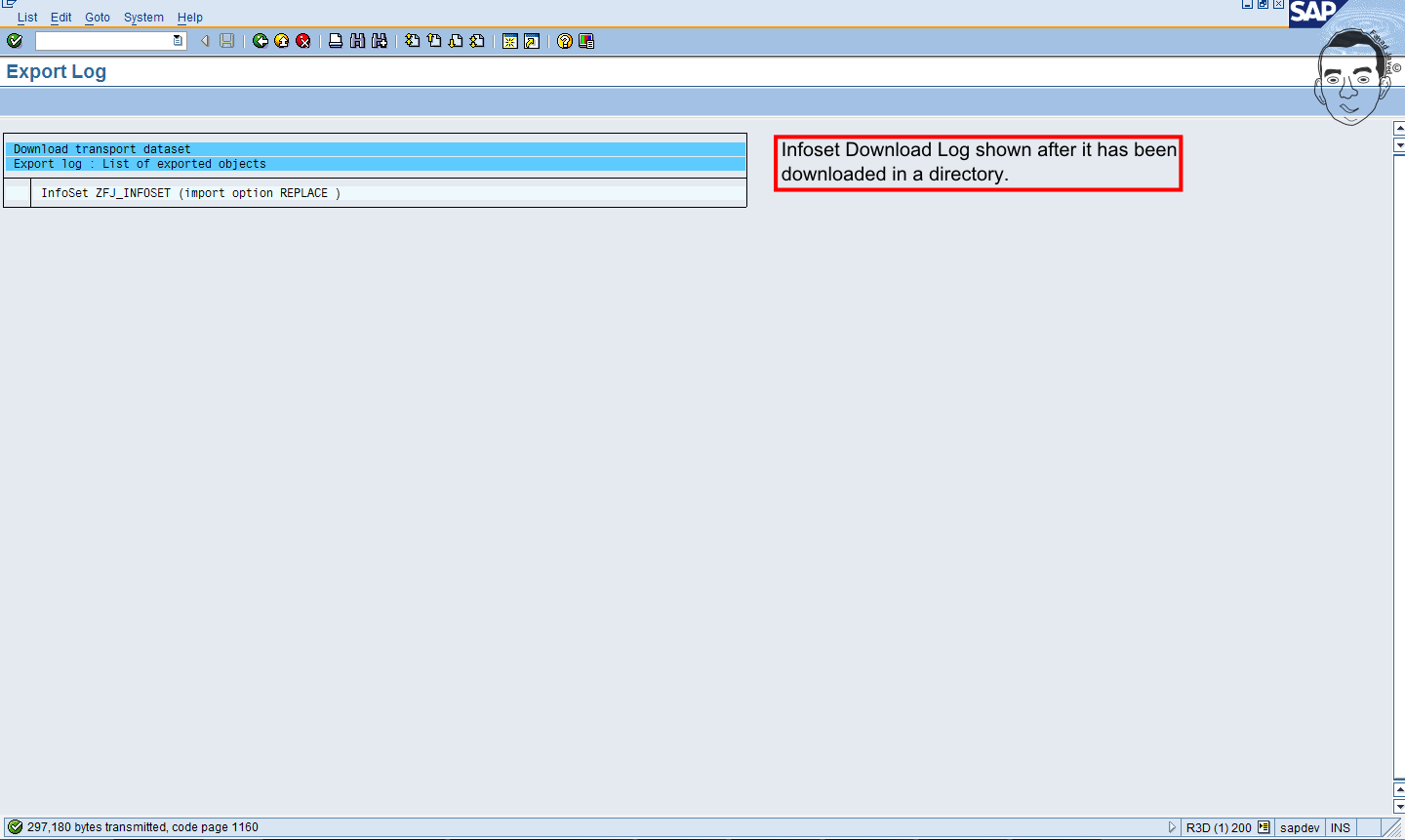 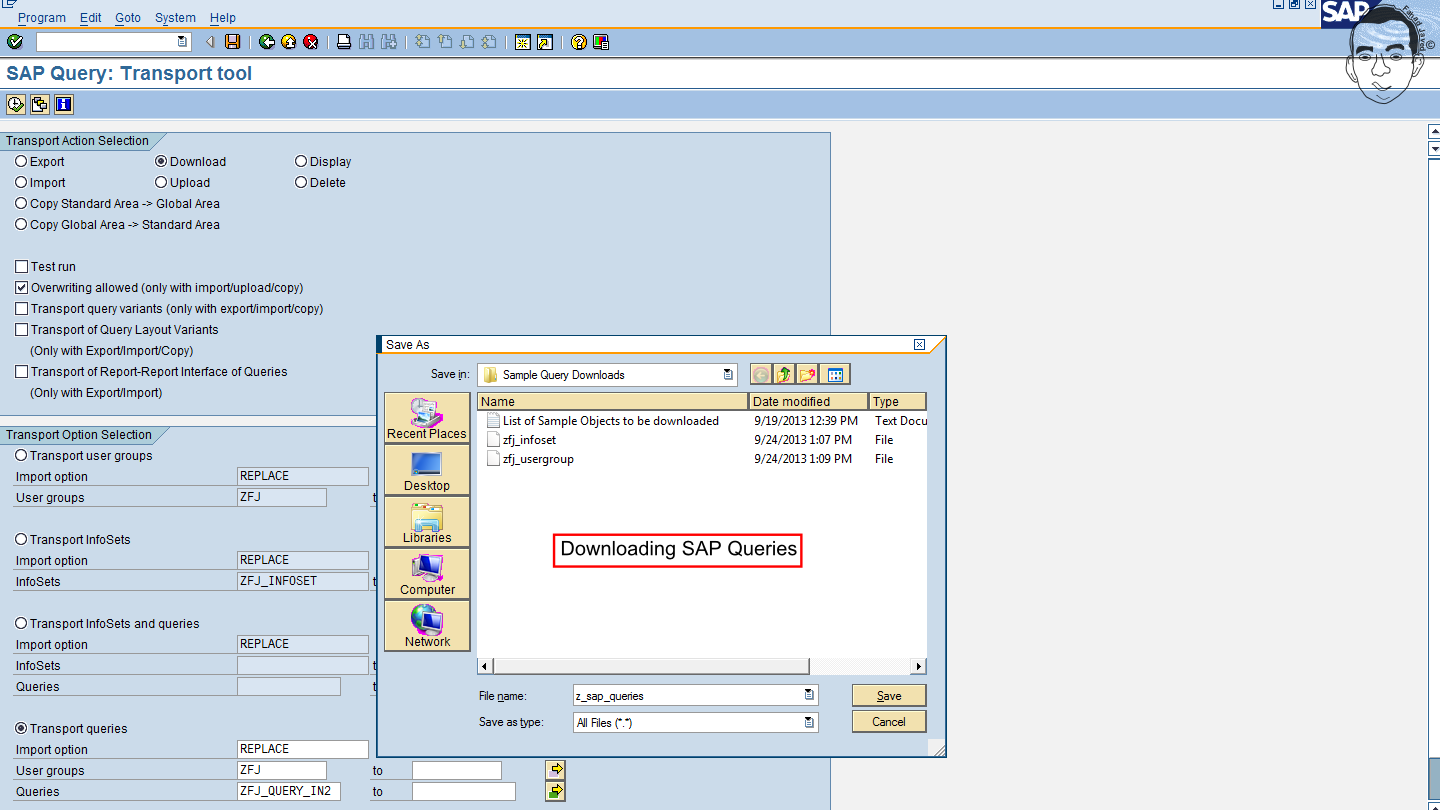 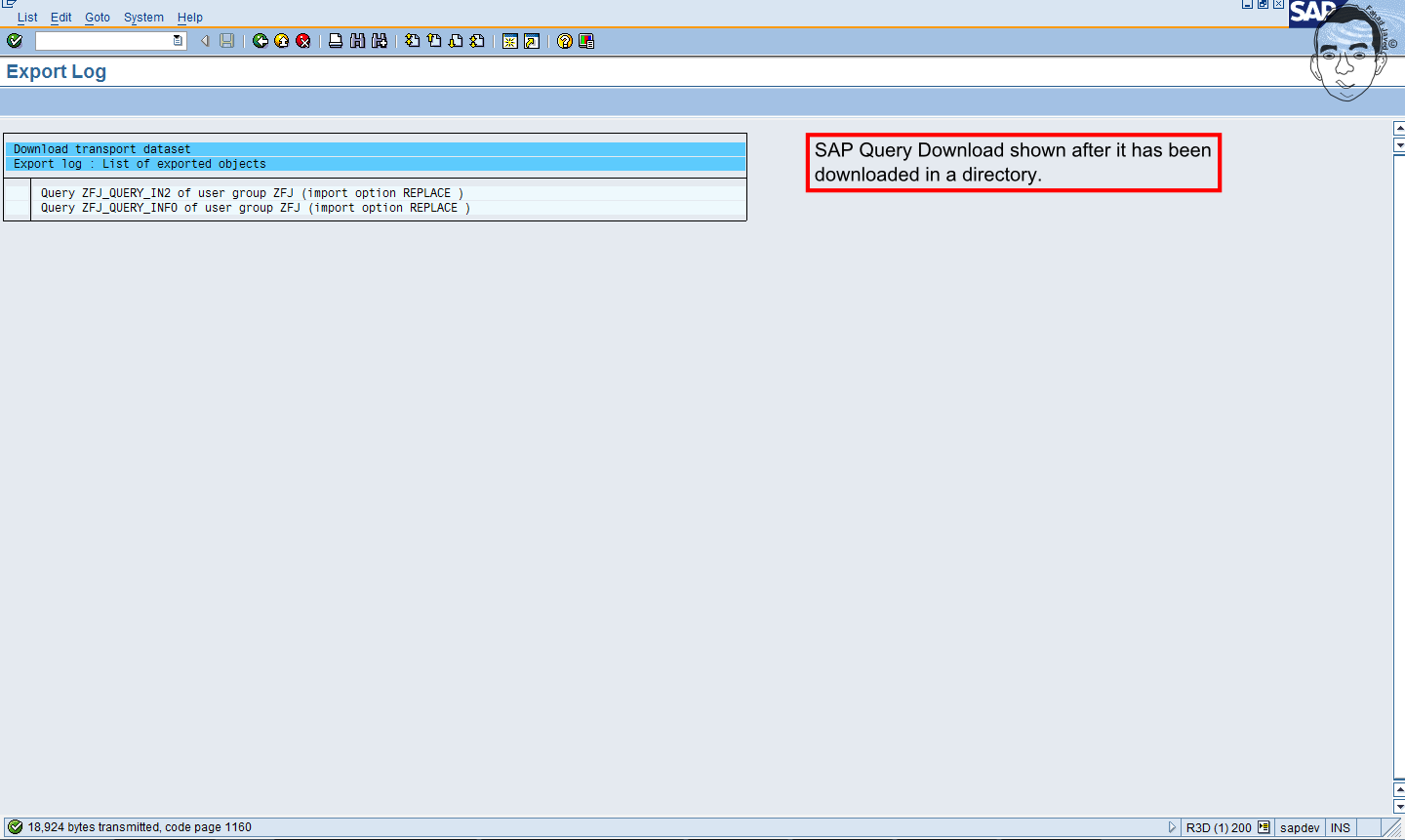 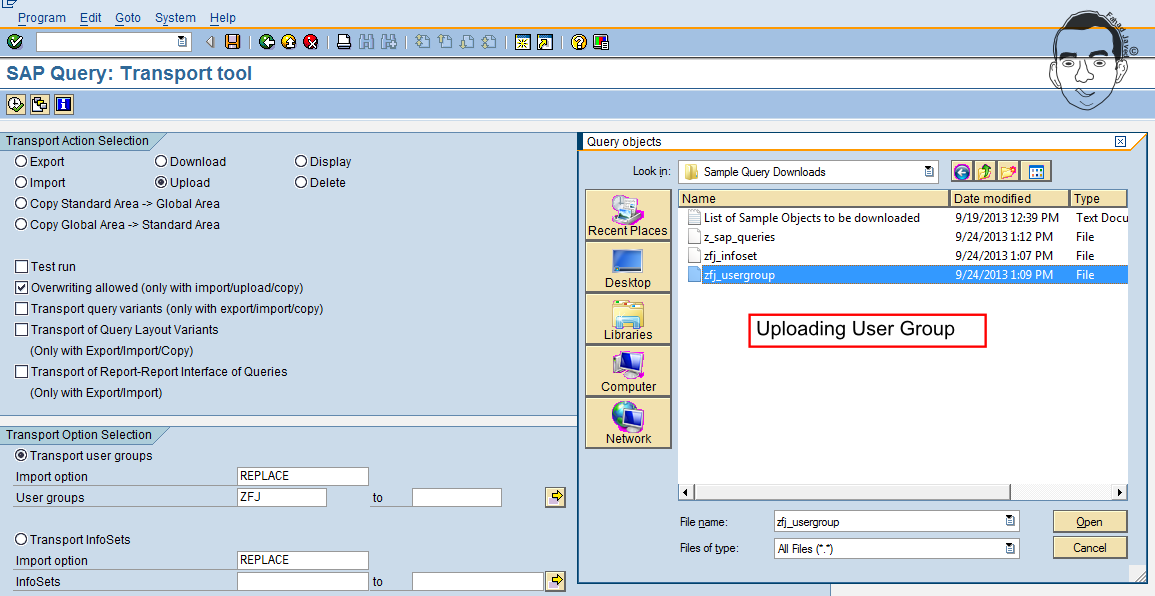 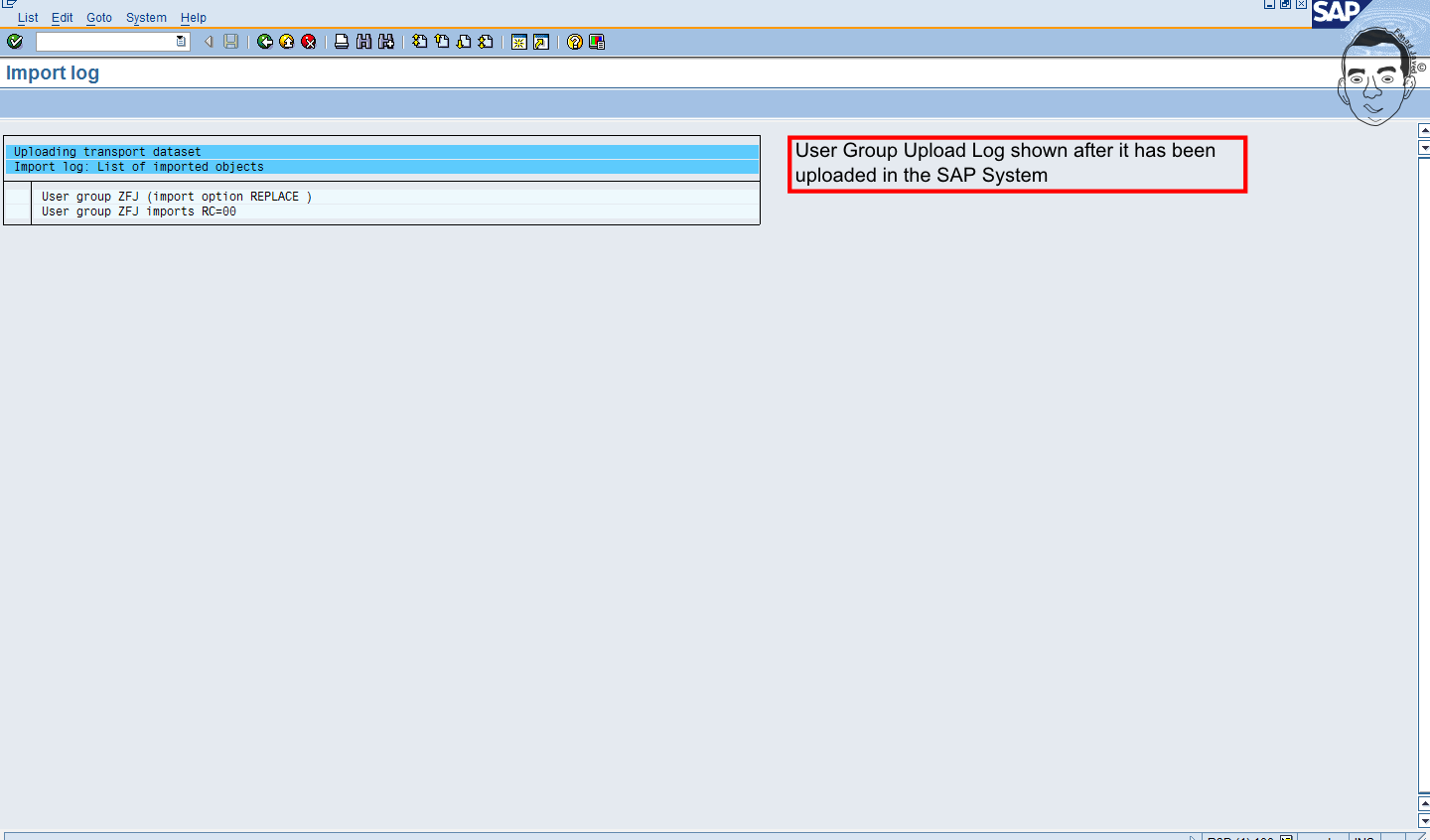 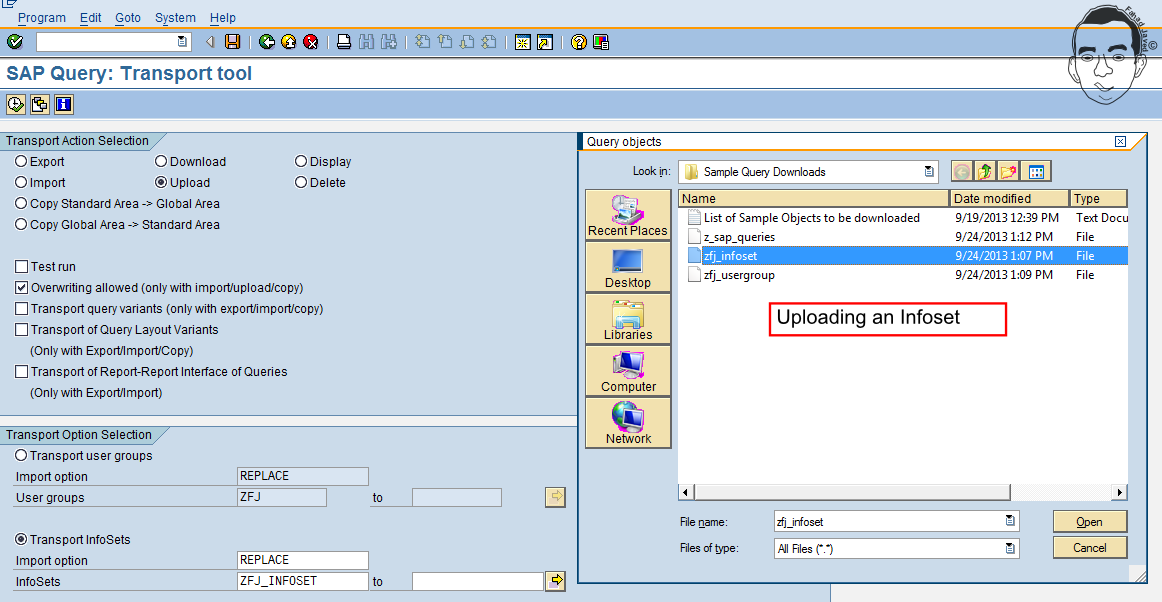 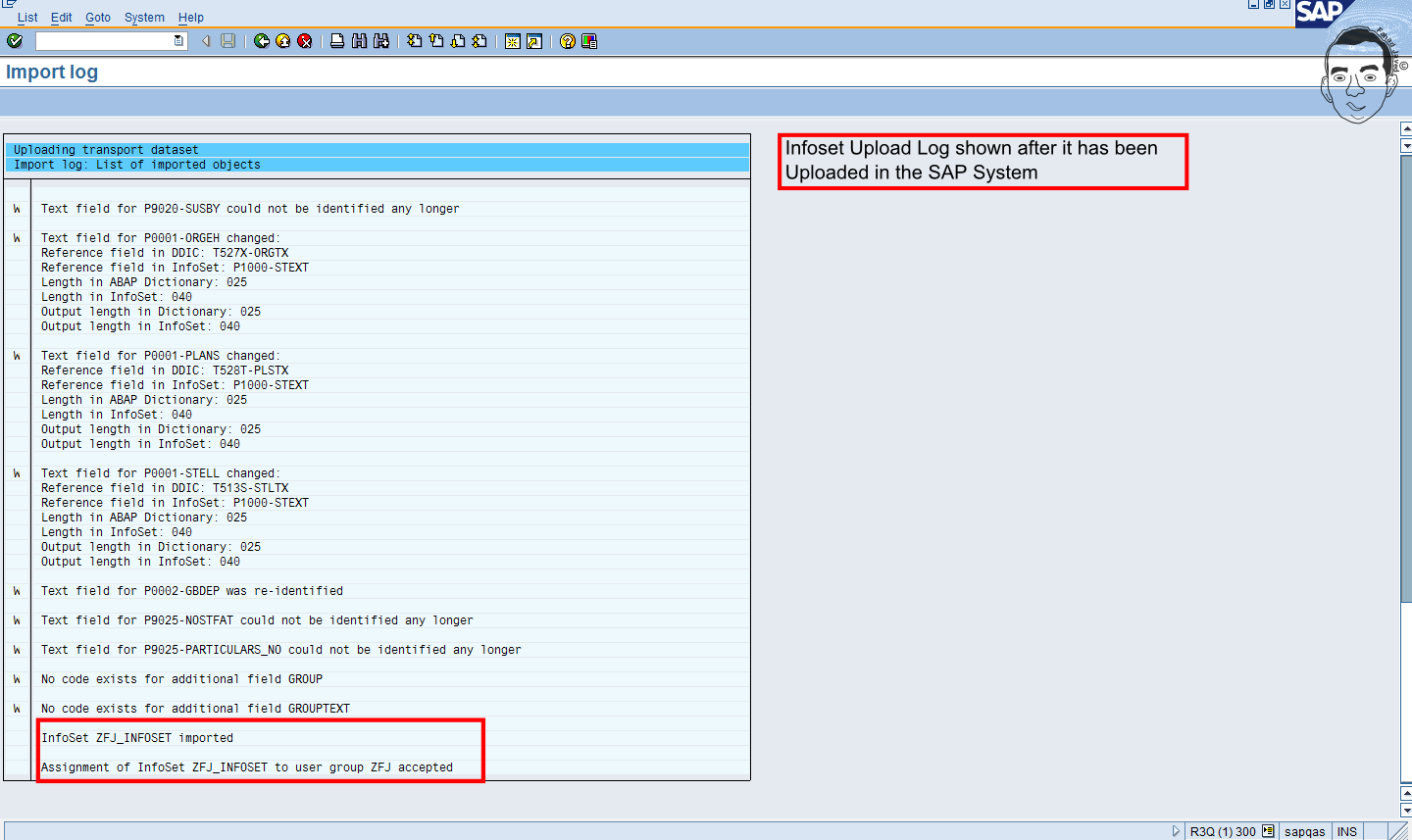 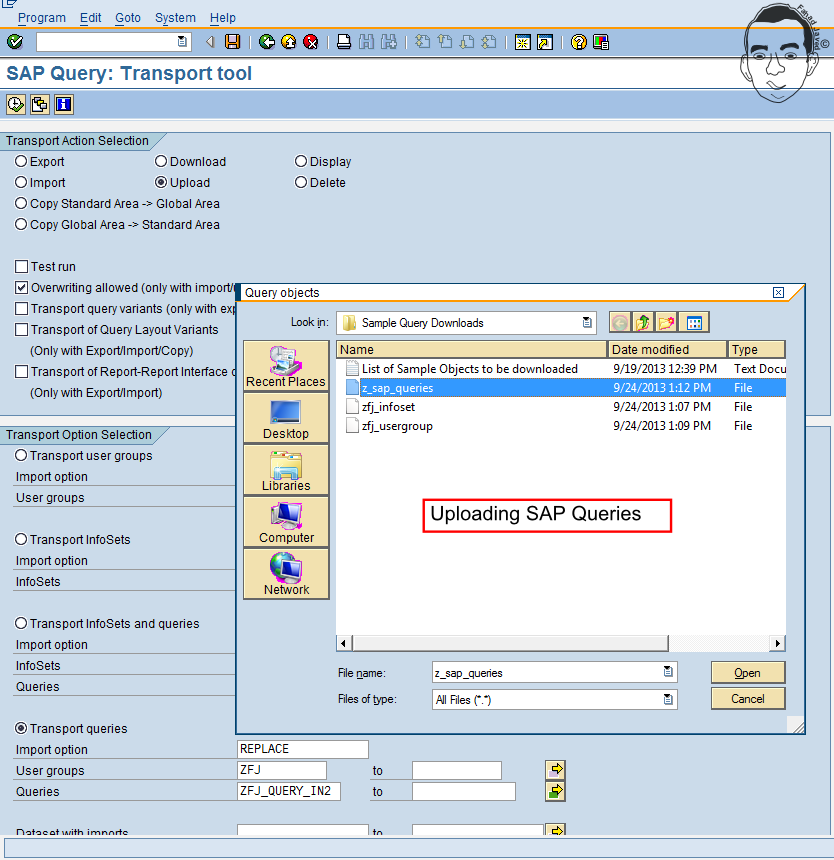 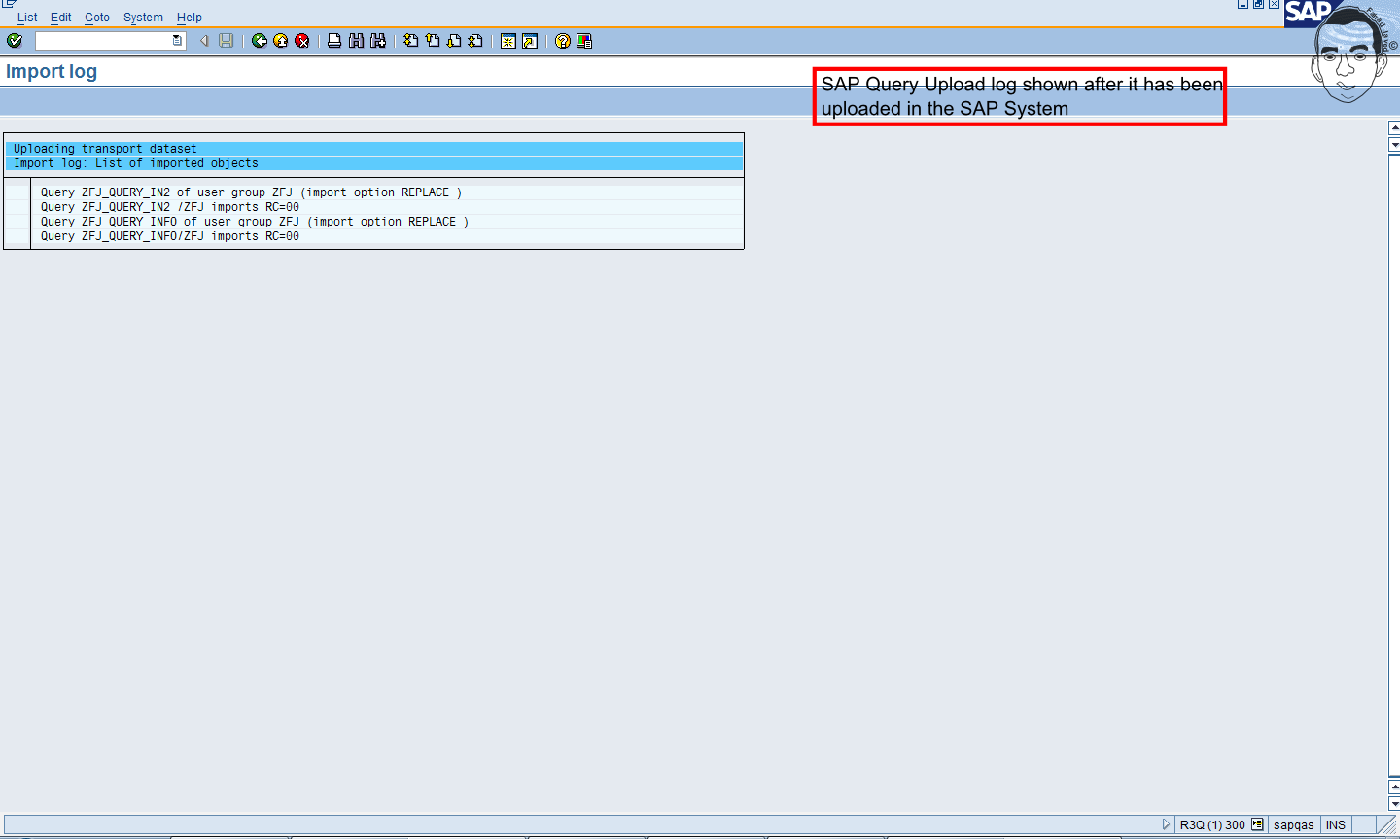 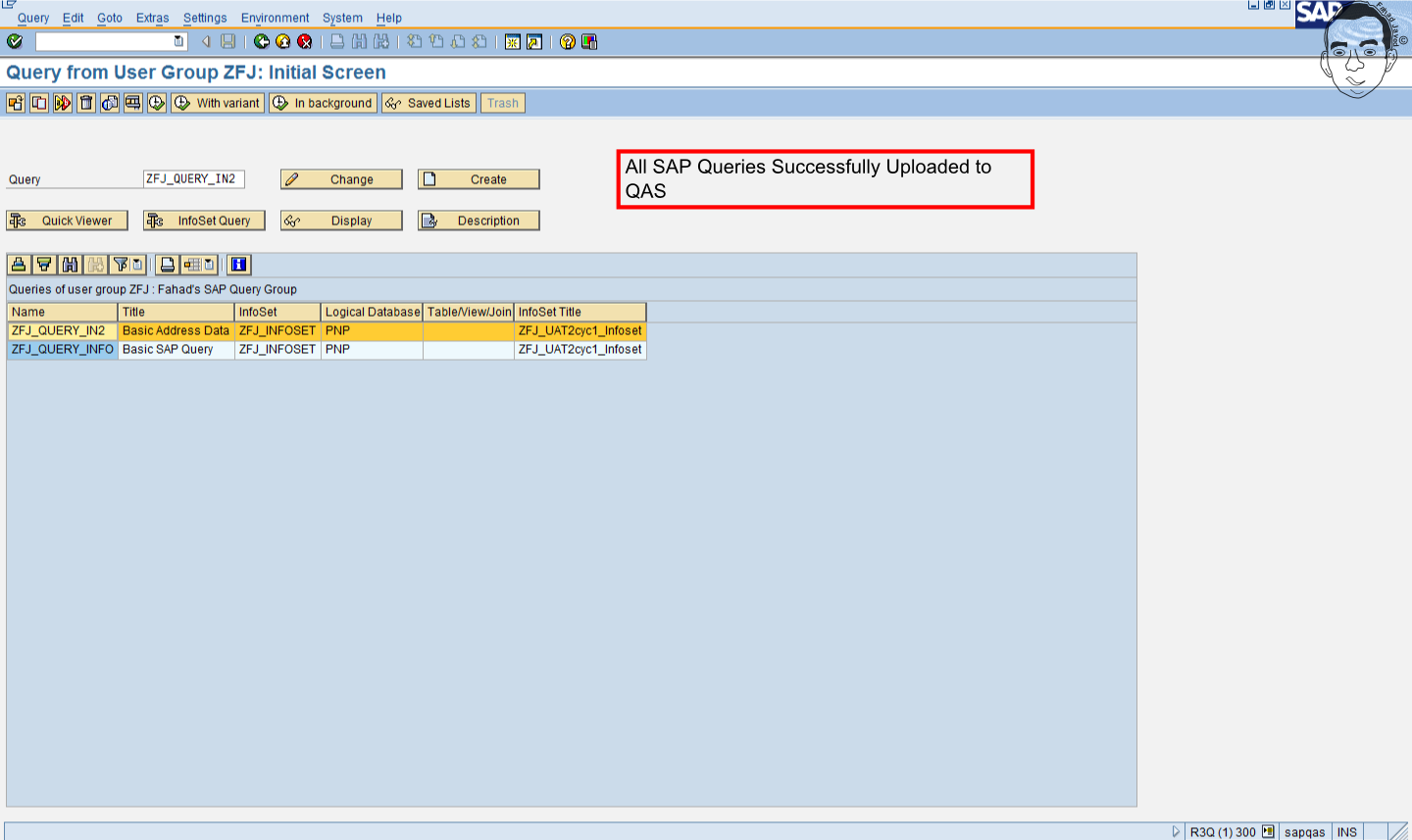 In my system I don't have authorization for SQ01/02/03 in target system. However, I managed to generate query by executing it in START_REPORT transaction.

Thanks for the detailed document. I have never used this in SAP and this had enough details for me.

Very useful information. But I don't see "DOWNLOAD" option in our system. is there any customization or setting we need to do? 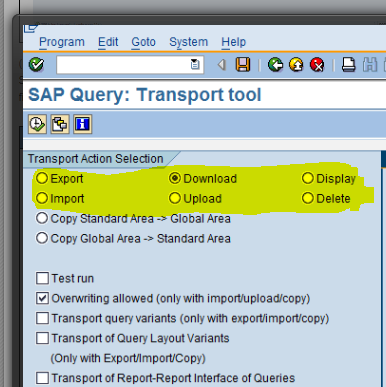 Thanks for the appreciation. Have you tried the program named 'RSAQR3TR' by running it in t-code 'SE38'. This should show the download options,if you are authorized to run transaction code SE38.

In Sq02 t code change in Environment Tab If you change query Area to Standard Area the you will get Download Check box.

If you want to see Download(etc) button , you have to check Environment -> Query Areas -> Standard Area