Why I Love Tesla (and Why You Should, Too) 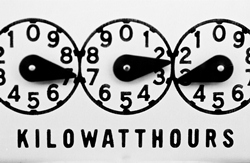 I root for sports teams, not companies. But there’s a company that makes me spontaneously erupt with the same incoherent bleats of encouragement that I do when I’m in the presence of the New York Mets: Tesla.

Part of it is my preference for underdogs (exhibit A: the Mets). Then there’s Elon Musk (great name for a myth-busting entrepreneur, just like Tom Seaver is a great name for a baseball player) and his crazy idea called the Hyperloop about shooting people through a tube between San Francisco and Los Angeles. And finally there’s the Tesla Model S, a car that will go down in history as the most beautiful American sedan since the original Ford Mustang.

But mostly my fanboyness is stirred by what Tesla represents more broadly: a pure faith in the future of the all-electric vehicle. Believe me, these things are worth rooting for, not just because they are environmentally friendly but because of the changes they could bring in the ways we live and the ways we consume and deliver power around the world. Here are a few examples of what I mean:

If my dream is fulfilled and Tesla takes over the car industry, utilities will have some work to do to respond. On a fast, 220v charger an electric car uses the same amount of energy as an entire house and enough of them plugged in at once on your street could take out the local transformer. I know all this because I interviewed some SAP and utilities industry experts about the impact that electric vehicles could have on the grid. If you’d like to learn more, please read Electric Vehicles: The Tipping Point for the Smart Grid.

I didn't know the Mustang was considered a sedan, but I do love my Model S 😉

Ack! Yes, you're right. Always been a coupe. Guess I should have said "non-sports car" (wanted to distinguish from the Corvette, which has had some fine moments, design-wise). Thanks for pointing that out. Glad you like your Tesla!