The event took place in the SAP offices in Durban. It was my first time in Durban (actually my first time in Africa) and it was very joyful experience. In particular, seeing the ocean from the office is something you just don’t have in Walldorf (and most other office buildings I guess ;-)). At the event, there were 14 people and it was 4 hours of intensive installing, ABAP coding, HANA modeling and of course discussing. It was great crowd – highly skilled, very funny, and I hope that everyone had as much fun as I did. 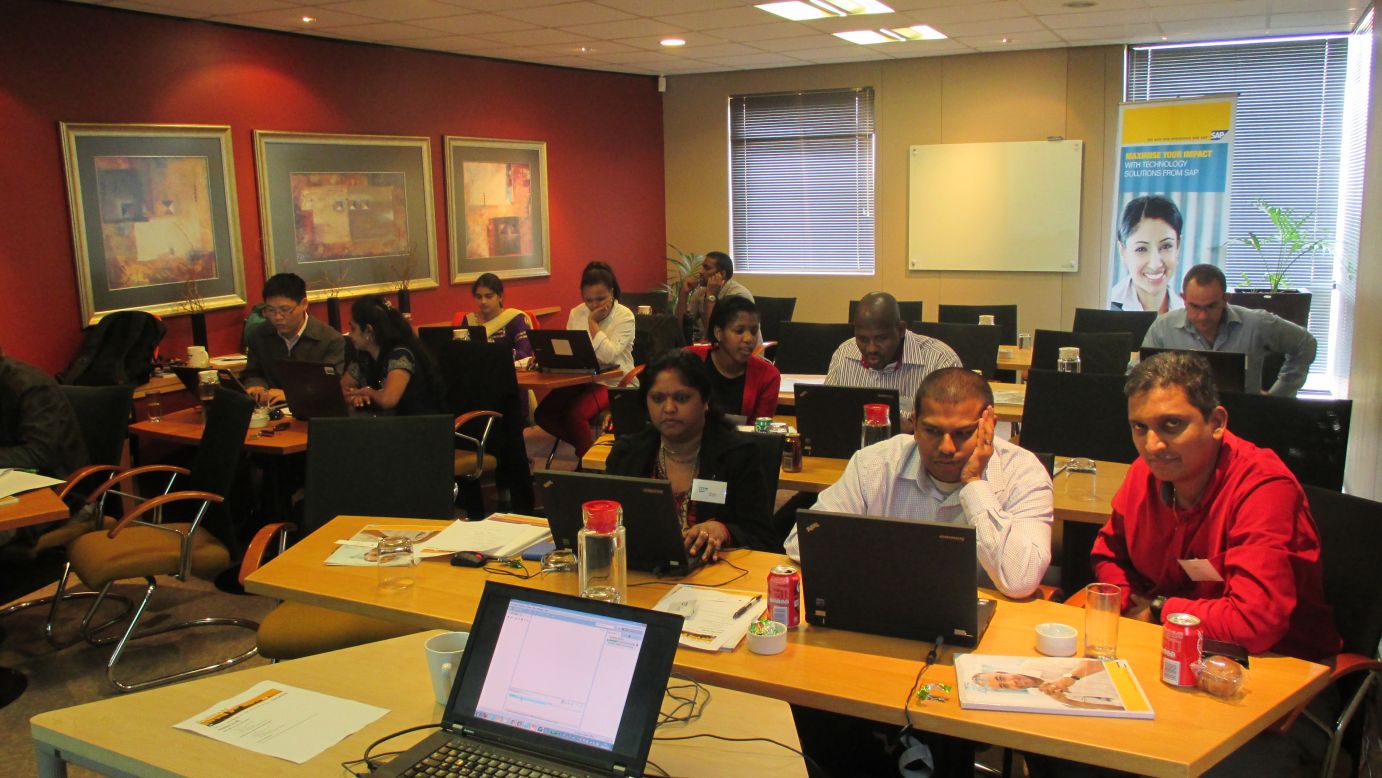 A couple more photos from the Durban CodeJam can be found here.

I would like to thank Craig Cmehil for helping setting the event up (and the SAP CodeJam format in general), Debbie Foster for the on-site logistic and last but not least Casper Badenhorst for the initial request and connecting the right people.

The content covered getting starting with the Eclipse based environment (SAP HANA Studio and ABAP Development Tools for SAP NetWeaver (aka ABAP in Eclipse)), experiencing the basics of an ABAP system on the SAP HANA database, optimizing the performance of an ABAP report using Open SQL and some first steps of HANA modeling and SQLScript implementation and consumption in ABAP. The basis for the Exercises was the new SAP NetWeaver AS ABAP 7.4 trial as described here.

What could have been better?

We had a couple of installation issues at the beginning, and it took a bit longer than expected to get everyone set up (32 Bit Java 🙁 ). Even though I consider myself a topic expert, I learned again a few new things, which is one additional reason why CodeJams are such a great thing in my opinion.  Also, a very good proposal was to send out some material out already before the event so that people have the chance to read a bit through it and possibly print it out.