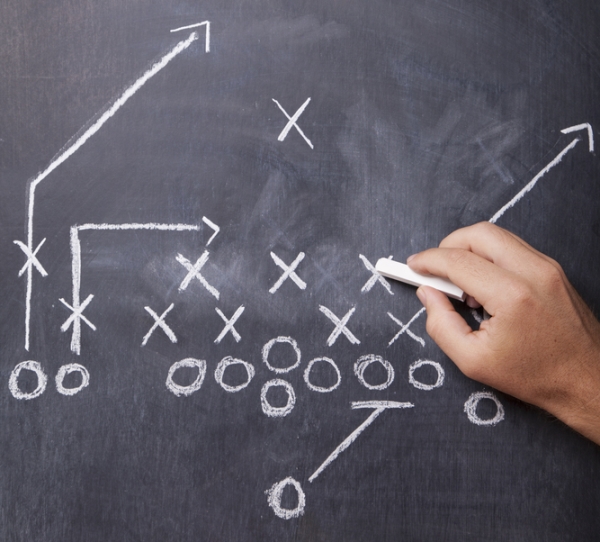 The tool includes a decade’s worth of NFL data, which it instantly analyzes in the context of user settings and multiple verticals. After the launch ceremony, I spoke with some of the retired NFL players from the panel about how they see analytics fitting into the future of professional sports.

“The main benefit is that you can use the data to make quick decisions on the field,” Hall of Fame running back and SAP ambassador Marshall Faulk told me. “Like playing speed chess, the pressure you put on the opponent is far greater when they don’t have ample time to react.”

NFL All-Pro linebacker Lavar Arrington may be best known for his storied leap over the University of Illinois offensive line to foil a first-down attempt. Arrington told me that he knew when to jump thanks to hours spent studying how his opponents play.

“[It’s] probably much easier and faster now with analytics,” Arrington said.  “I’m really looking forward to see how this cutting-edge approach affects the future of the game.”

All-Pro quarterback Daunte Culpepper was chosen 11th in the 1999 NFL Draft, after other (less successful) QBs, such as Tim Couch and Akili Smith.

“Maybe I would’ve been taken earlier had [predictive analytics] been around,” Culpepper said. “There are so many factors to consider, like teammates, coaches, offensive philosophy, ability to avoid injury … analytics can point you in the right direction.”

Culpepper is on a growing list of players suffering medically from multiple concussions during their professional football careers. The military is trying to utilize predictive analytics to assist in diagnosing PTSD, and Culpepper seemed excited about a possibility that the NFL could do something similar with concussion symptoms.

These guys are right: Utilizing technology like analytics is a great way to dissect data that would have otherwise remained an enigma. Powering it on SAP HANA will ensure the data is usable in real time, giving instant insight to coaches, and allowing for scheme manipulation, as well as more efficient, personalized training programs.

Whether it’s real life head coaches using the SAP Scouting Solution to add insight to the NFL Draft (like the 49ers do), or fantasy football managers benefiting from the Player Analysis Tool to make tough roster decisions right before kickoff, the game is becoming much more interactive inside and out.

From a fan experience and social standpoint, I’ve noticed some improvements. The big screen at MetLife Stadium features tweets from fans who use #NYJets. And the Jacksonville Jaguars will showcase the NFL RedZone Channel on their big screen during games, enticing fans to get off the couch and into the stadium.

The future of sports is here. Are you onboard?

How would you like to see the fan experience improve?

Future of Baseball Hinges on Analytics, Big Data, and Mobility

Great insights! I like the concept of making changes based on real-time analytics. I think this may prove challenging for some traditional coaches, but its' definitely the wave of the future and key to the sports/tech integration, which is inevitably going to happen in almost all aspects of sports.

Absolutely and it's definitely an "ego check" for some coaches, as seen in the movie Moneyball. Right now, embracing technology surely provides a competitive advantage but in the future, it'll just be "the way". And those that keep fighting it will be left behind.

The cool thing for the average weekend athletes (like most of us) when it comes to other types of technology in sports, is that wearable technology like the fuel band and others will eventually integrate even further into our lives and provide decision making on what to eat, when and how to exercise, check your vitals and provide you with instant health checkups, serving as your very own built in personal trainer.