The SAP BusinessObjects Business Intelligence Platform 4.1 includes significant performance benefits when one reports on SAP BW. These benefits are a great reason to upgrade for those of you using BW. Specifically there are enhancemets:

On report creation or edit with Web Intelligence or Crystal Reports for Enterprise documents which are based on BEx Queries.

On report refresh with Web Intelligence or Crystal Reports for Enterprise on BEx queries with variables.

Web Intelligence documents based on BEx Queries via BICS

A big advantage here is that when you select a BEx query with mandatory variables which do not have default values, a variable screen (shown below) will display BEFORE the query panel. This will save some time. 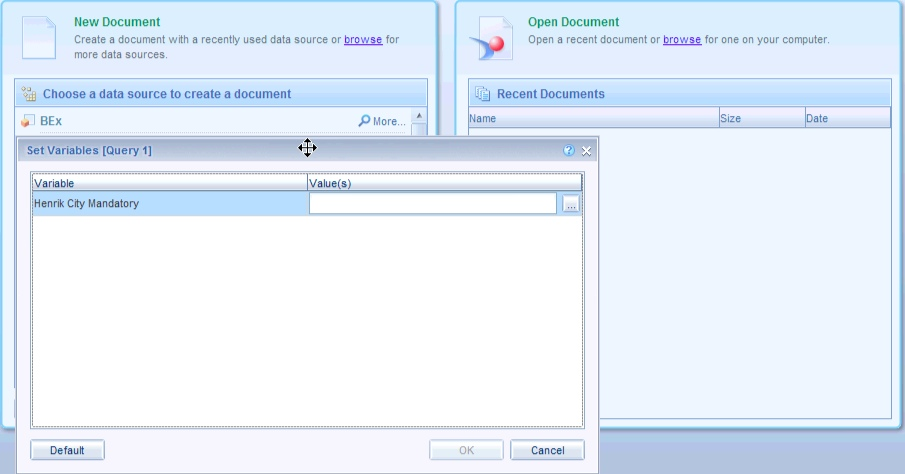 Additionally, you should see a substantial performance gain for the report refresh portion once you’ve entered the variable values via this prompt window. Note that this particular gain is not seen when user-defined prompts are combined in a document with BEx variables.

View time also brings quicker rendering of the prompt window (screenshot below) as well as a quicker refresh once the mandatory prompt is entered for your end users. 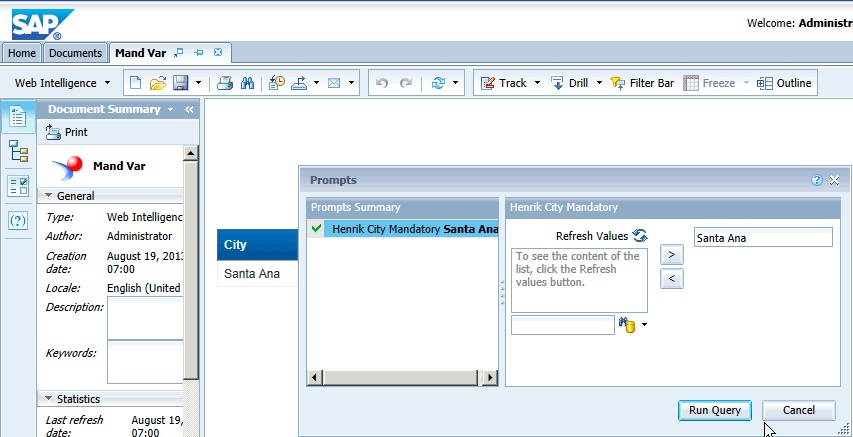 In addition, there is now a new “Design Time” API that has been implemented at design / edit time. This particular feature requires that your SAP BW server is updated to the level indicated at the bottom of this blog. This Design Time mode allows for the fetching of metadata and master data with far less RFC calls. Specifically, the new API is used when you select queries while designing a report.

How does that look in actual practice? Well as an example, when you select your query

You’ll see a lot less of the loading screen

before the BEx queries available objects are displayed (shown below). The first query you select on a particular server will take more time than the rest due to the initial handshake / warm-up process. Afterwards, it should be very fast. You’ll still get some of these benefits even if your BW server isn’t of the version listed below. 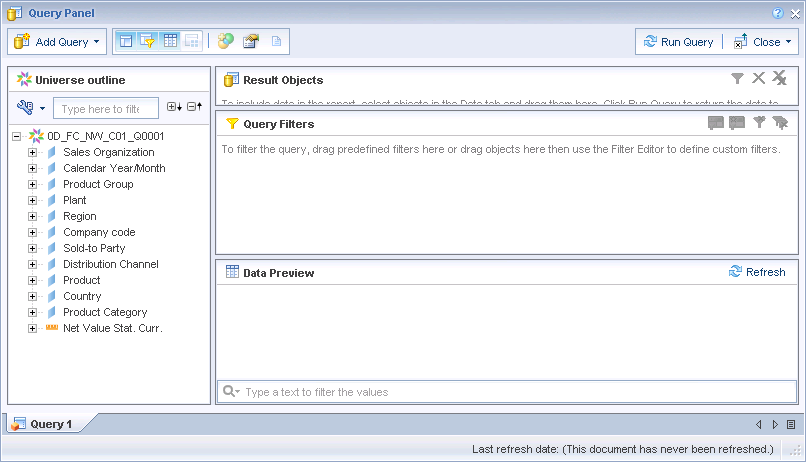 The report consumers will also see benefits at view time. The prompt screen (shown below) will render more quickly. In addition, there are improvements with the generation of lists of values in this variable screen. The gain increases as the list grows larger. Finally, the report should refresh more quickly. The Open Data Source interface has changed slightly. It now opens to the Find tab instead of the Folders tab. This is helpful when there are a large number of queries on the system as you can immediately search without waiting for  the initial folder / query view to load. 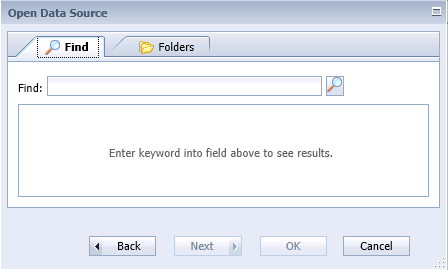 What are the BW server requirements to take advantage of the Design Time improvements?

As mentioned earlier, you should still see improvements without the following in most areas. However, to get the maximum you must meet the following criteria (subject to change):

The BW backend needs the following service pack levels and SAP notes in order for the design time improvements to be enabled and fully functional:

For critical cases, there is also a collection of notes for 7.30 SP7 available (excluding the notes mentioned below, so you need to apply them as well).

I’ve heard good things about the performance gains from our BI 4.1 ramp-up customers and would love to hear stories of any improvements from those of you reading this blog.

Hi John, thanks very much for this useful scenario. Please go further with it.

As I am facing performance issue with CR 4 Enterprise built on BEx Query (SAP BW 7.3 SP7) this could be definitive a go to upgrade to BI 4.1 and BW 7.3 SP8 or higher.

The values for the prompts is taking too long.

Thought there were already an improvement in XI 4 SP5 and SAP BW 7.3 regarding BEx variables and prompts.

Another question is, is it still the case that you are not able to enter manually a value in the prompt in 4.1 with Crystal?

If you don't know the answer for your question , about manual entry prompts feature in SP05 for crystal Reports, this should help you.

It is supported from BI 4.1 SP05. The below links has more details about this.

Thank you very much for this useful information. I have an issue with the BW version

You mention the performance improvements.  What version/release are they improved from?  BI 4.0 SPx?

I would also like to hear of others improvement stories as it pertains to Webi.

my understanding is that these won't be backported .

Some of the improvements have come in previous versions / patches. So what I can say is that the newer your version, the more gains you'll see.

Did you come across any issues with RFC calls to BW via Explorer indexing on JCO Rel. Connections? I am 4.1 SP1P1 and having some issues.

"For critical cases, there is also a collection of notes for 7.30 SP7 available..."

Can you tell me which notes are part of this collection?

I looked into this and the guidance is now to instead install a newer SP that has the code.

Thanks for this info!

Another benefit of upgrading is the new 64-bit driver that ships with BI 4.1 (Windows) for OLAP Universes (UNV) that connect to BW.  This allows for the Webi processing server to natively load the connection server drivers it needs and greatly improves memory limitations and stability for classic UNVs that connect to BW.

Thanks for sharing JM.