Data Geek: Distribution of the Indonesian population were living in village and city, from 2007-2012.

This is my visualization of the results by using the sap Lumira.

I try to visualize the distribution of the Indonesian population living in village and city, from 2007-2012. I though the data is a set of surveys conducted by the Indonesian state. 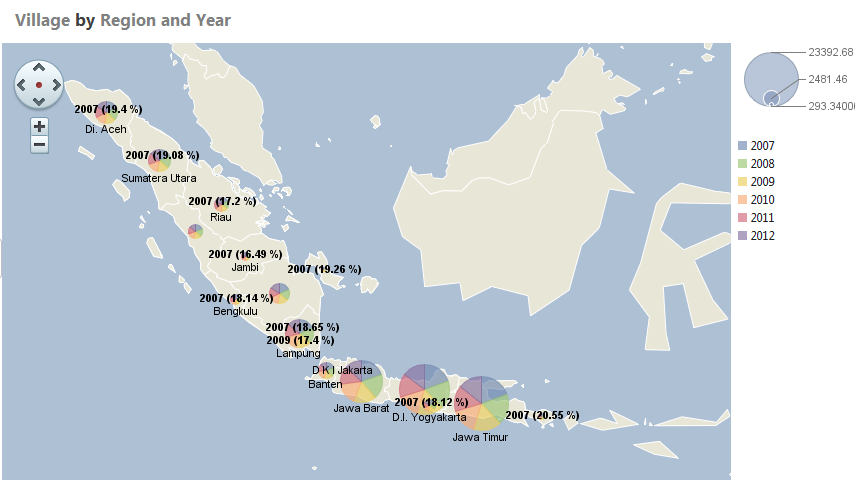 I can show you several provinces in Indonesia, unfortunately the version I am using, there are some drawbacks, because the region was detected only on the island of Sumatra and Java. The island of Kalimantan, Sulawesi, Irian Jaya, as well as NTT and NTB. Can not be distinguished. 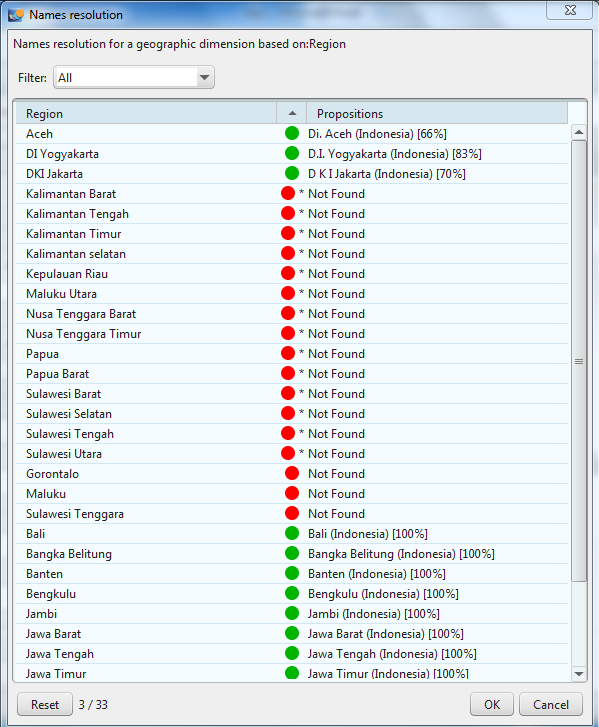 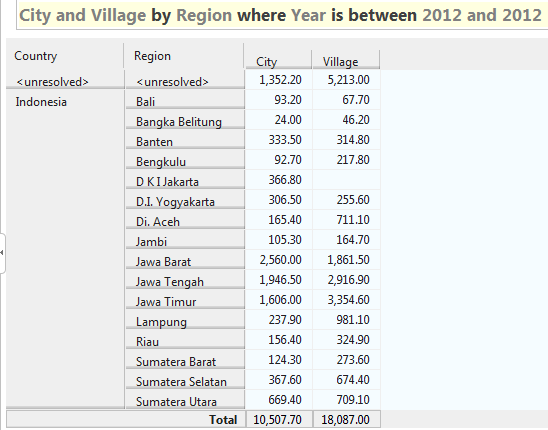 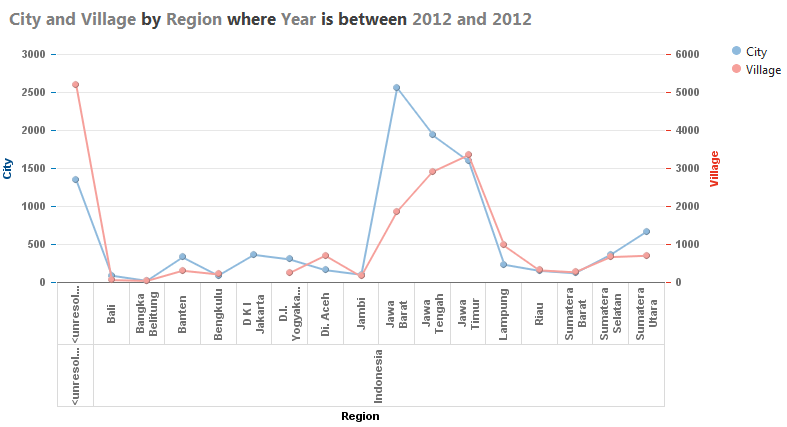 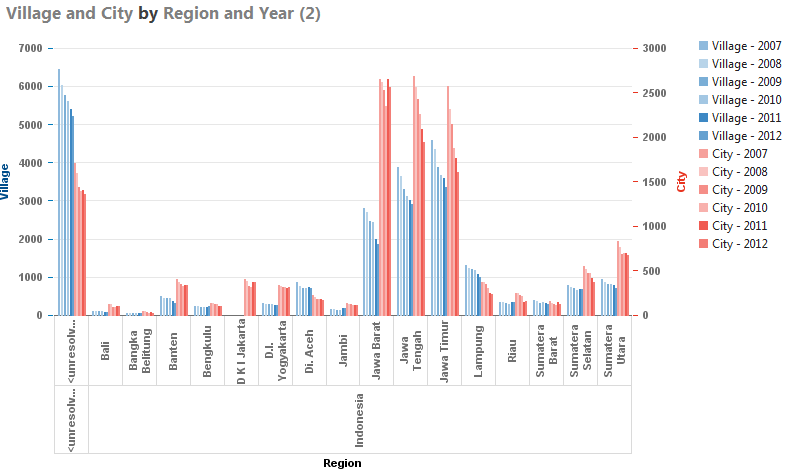 I tried to combine all the components (from year 2007-2012, all regions, and rural or urban) results: 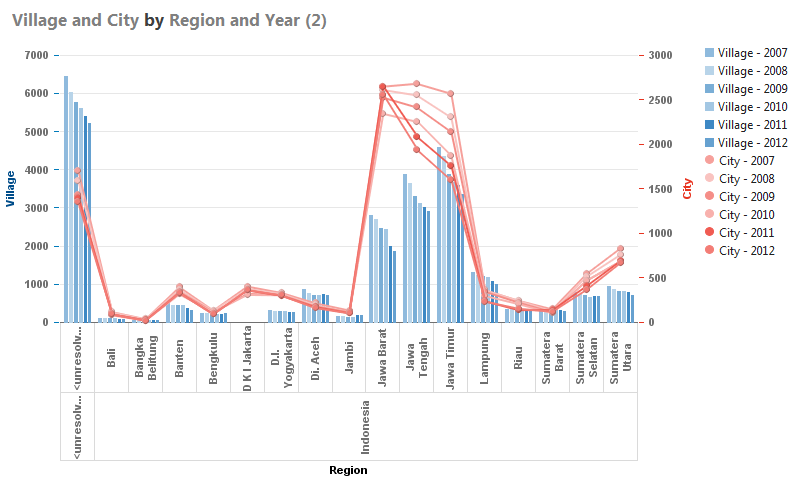 Looks very full, and can not perform enlargement.

That’s all from me.