“Time is fun when you are having flies.” — Kermit the Frog.

I’m surprised—amazed really—that the SAP Community Network (SCN) is about to celebrate its tenth anniversary already. Guess I’ve been too busy creating community to notice that 10 years have flown by.

Now that it’s starting to sink in, all that comes to mind is, “Wow.”

2003 when we opened the gates to SDN,as SCN was known back then, was a time where neither Tim O’Reilly had even coined the term Web 2.0 nor Shel Israel the term Social Media. Many of the elements that define the two terms we had implemented in 2003.

Out of the gate we came with blogging for all. Customers and Partners were able to blog next to SAP employees with the only difference being a little SAP flag next to employee’s names. That was the first seed of our great community. The proof is DJ Adams who was the first external developer blogger. That seed is still carrying fruit and seeding new engaged participants, as DJ this week was one of the presenters at the Teach Your Children SAP Mentor Monday sharing his experience as being part of the Young Rewired State (YRS).

Isn’t Gamification all the rage right now? Well we introduced our point system in 2004. It was super cool, you could go down the list in every forum and see where you stand, even if you were number 193. Little healthy rivalries would develop between colleagues at companies on who would be first to be in the 100s. It was so successful, that our servers couldn’t keep up and we had to switch off that feature, and I miss it. Introducing our point system was a total sorcerer’s apprentice exercise, you introduce game elements and people will try to game the system. Be ready for whack a mole if you do so.

To celebrate the top contributors, we gave out t-shirts and man over the years we have given out quite some shirts. Here a little video that I made 2 years ago that tells the SCN T-Shirt history.

We stopped sending out shirts because logistically it was getting too much and even though we payed $40 to send a $10 T-Shirt to India it still often wouldn’t reach its intended target. The final nail was a shirt not arriving and weeks later the local post delivery man wearing it on his route 😉 If only we had a picture of that post man wearing a 1/4K SDN Member shirt.

How did we come up with all these innovations?

We realized early on, that passion is what makes a community great.

What is the best way to boost the passion in a community?

Get them together face to face. In the Bay Area people back than started to experiment with Unconference Style events, so we created in similar fashion the SDN Meets Labs and invited everyone to come. We used a wiki to organize ourselves. We were very much doing it on the seats of our pants. Keith Elliott back then was managing the super successful SAP TechEds and I remember him saying to me: You know that you are now in the event business! And I thought oh no what have I got myself into?

But he was gracious to lend me the pros from his team Christina Miller and Linda Bortolus to help me run the first ones and I have not thanked them enough, as it would have ended in total disaster without them.

That is also where Thomas Jung for the first time presented his amazing SAP wisdom to an audience.

We also brought the element of community to SAP TechEd, by adding the SDN Clubhouse, Jeffrey Word was the father of that space. Remember before SDN TechEd was fully focused on their main purpose education. If you didn’t like a session and left, like a Zombie you would walk down the halls of the convention center as there wasn’t a place to go and hang out.

In the beginning that clubhouse wasn’t center stage as it is now. I will never forget Craig Cmehil face when arriving at SAP TechEd in Munich ready to engage and discovering “The SCN Clubhouse” tucked under a staircase. 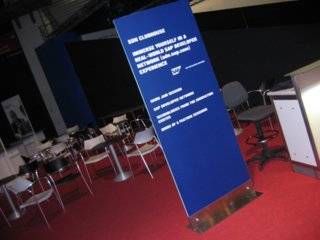 This was the best picture I was able to take without prominently featuring the staircase.

It was also in Munich that we did SDN Birds of a Feather (BoF) sessions that developed into the SAP Networking Lounges of today. We could only schedule them after Shay Agassi’s evening keynote  We had pretzels and beer waiting in the 4 corners of the convention center as there were the big theaters that hold up to 100 people.

We were able to convince Brian McKellar to drivedown from Walldorf as BSP star power, but only very few participants stayed, I was really bummed, but also understood that people were not used to this concept and din’t want to hang around after 8pm.

But we did the best out of the sessions and ended up in the pub Linie 2 at the entry of the Munich U-Bahn and there the following, my favorite SDN/SCN pictures were taken mostly by DJ Adams. 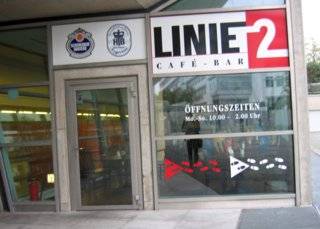 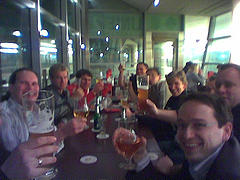 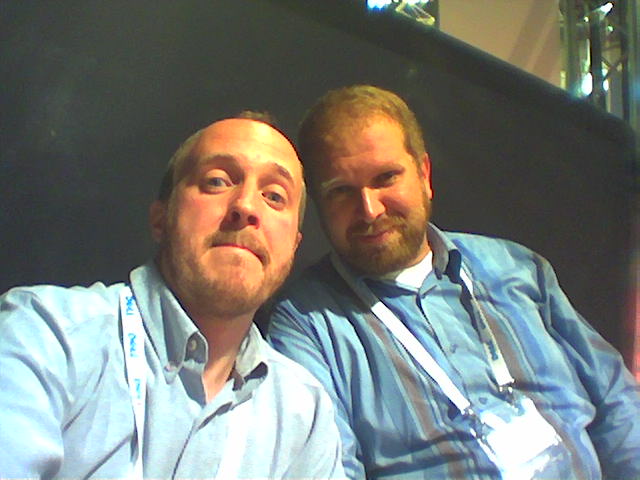 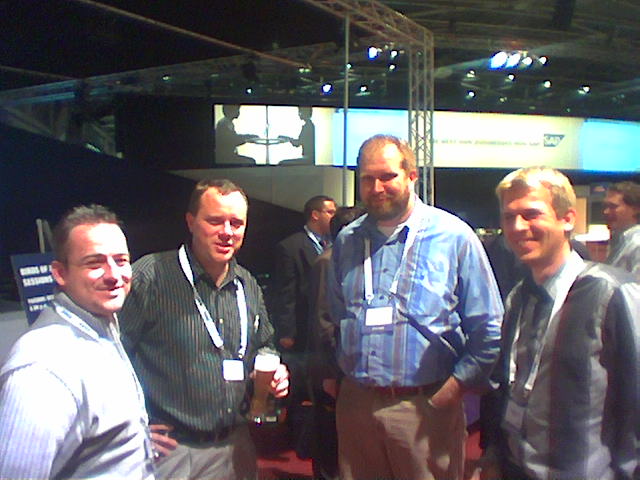 For the life of it, I can’t get these pictures nicely aligned 🙁

Because we didn’t know it back then, but many of the future European SCN community giants are right there in these pictures. Some have moved on, but a

surprising number are still active. I leave it up to you to recognize all of them 🙂

P.S. While looking through past pictures and posts, I stumbled upon a video of a guest speaker at one of our events. For me it was an absolute highlight of our SAP Community Network path together and I totally forgot about it. Do you know whom I am talking about? It will be the subject of another post.

P.P.S. Hope you can join the family at any of the SAP TechEds for some musical fun: Calling All Musicians, Singers and Dancers at SAP TechEd

Time is fun when you are having flies.

This line brought smile  on my  face.

Thanks for sharing your journey  on SCN.  I am just  loving  it.

Very good - I really liked the Mentor rugby shirt, and it was an honor to receive one.

This reminds me of Jim Spath packing video:

Amazing all those shirts fit you!

That is a great connection you made. Totally forgot Jim Spath's packing video. Similarily I didn't remember ever posting the Oh the Shirts We Gave Away video, just ask Aslan Noghre Kar as I pinged him about it. After all he was the man behind the camera 🙂

I will add some  memories by added the link to this wonderful Flickr collection dating back to 2005 http://www.flickr.com/groups/sdn/

Love taking a look through these!

Lots of clubhouse shots and so many rich memories.....

congratulations to all on the achievement, the first SCN was a vast improvement on the old Iview Studio which we had back in 2002 🙂

Let's not let the SCN gather dust, what's will next in the road map for SCN ?

Has anyone read the English sub-titles that are displayed in the SCN T-Shirt History video?