David Clavey
Posted on September 3, 2013 Less than a 1 minute read

It what came as a surprise to me, Microsoft has paid $7.2bn for Nokia’s phone unit (devices and services), its patents and its mapping service.

Nokia current have around 14% of the mobile market, but I believe only 8% of the smartphone market with its Windows Phone 8 operating system. Not sure what the remaining part of Nokia will now do with no phones or patents ? At its peak Nokia contriuted to a quarter of Finnish growth 1998-2007.

Nokia will also license its patents and mapping services to Microsoft. Nokia shares jumped 45% on news of the deal.

The purchase is set to be completed in early 2014, when about 32,000 Nokia employees will transfer to Microsoft. 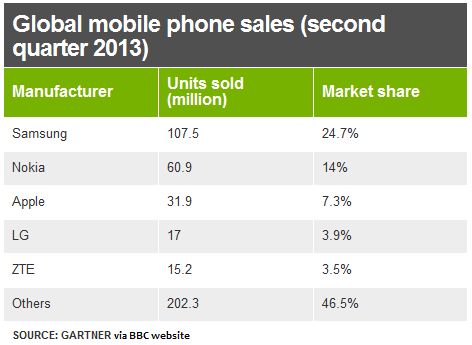 Anyway I wish Nokia all the best in its Microsoft clothes.

B.T.W. Loving the speculation about whether Elop will be the new Microsoft CEO 🙂