I grew up watching documentaries and I am always amazed by the Mother Nature. In this data story of mine, I will be looking into the impact of human population growth against the growing number of endangered species. Since I only managed to find Red List 2008/2009 dataset, my analysis can only zoom into these two years which I dare say that it might not be sufficient for an accurate analysis, but well do hope you enjoy it nevertheless. 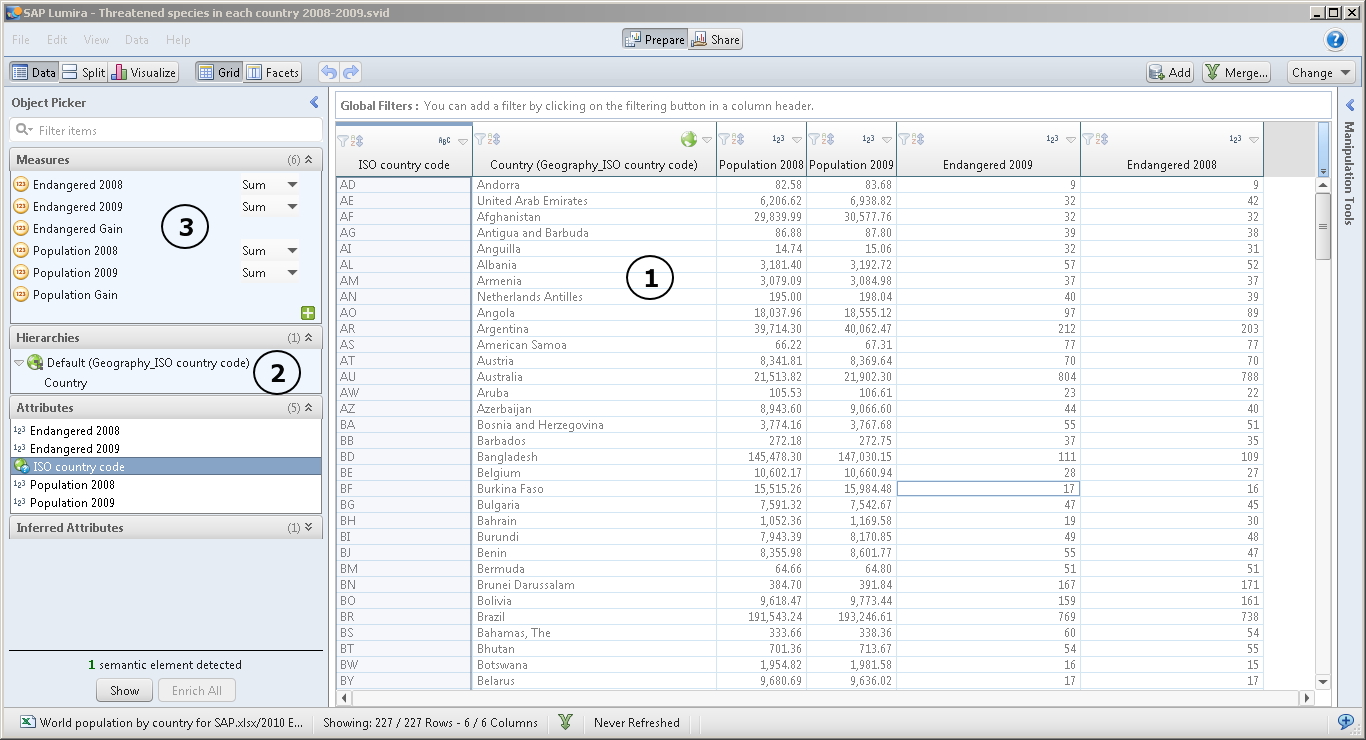 For this analysis, I used the bubble chart to visualize my data and I can easily see the countries that have the highest population gain or endangered species gain. 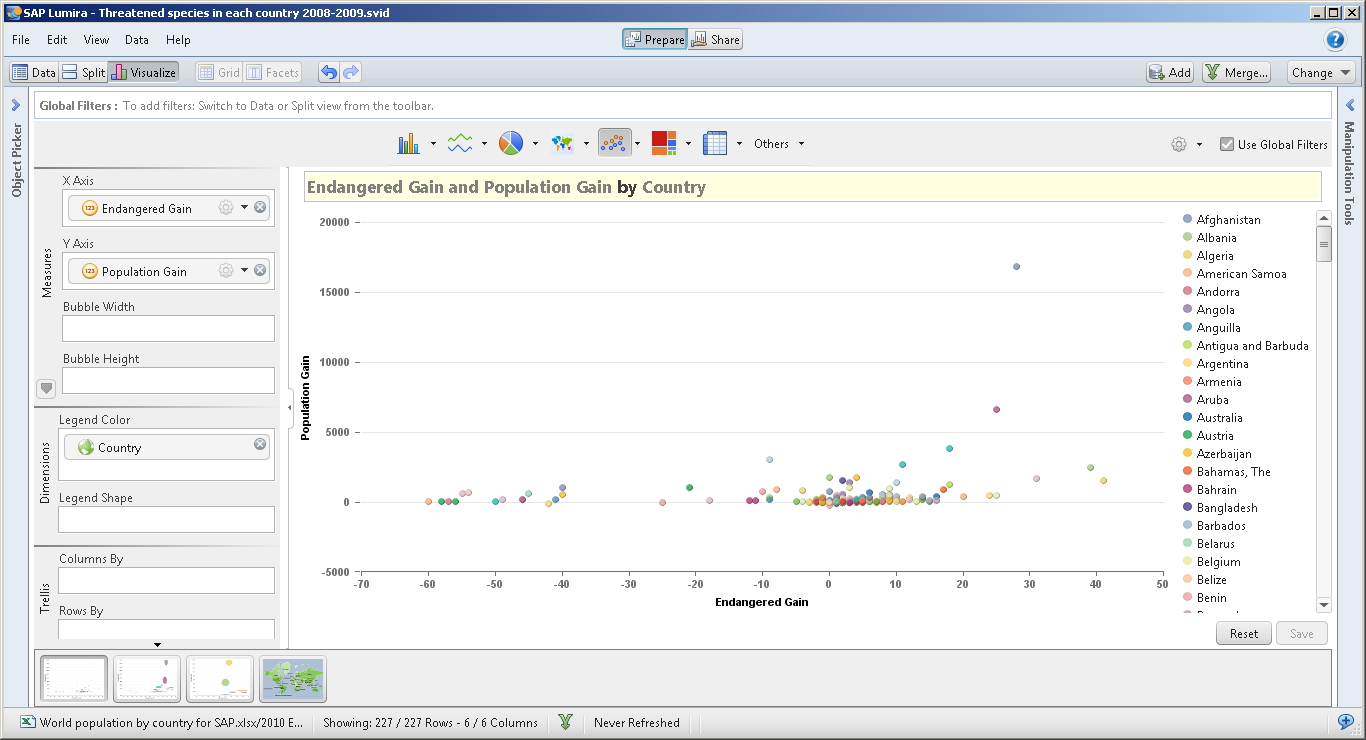 With above data visualization, the information is still not sufficient as different countries have different population. Therefore, I made used of both bubble width and height functions. 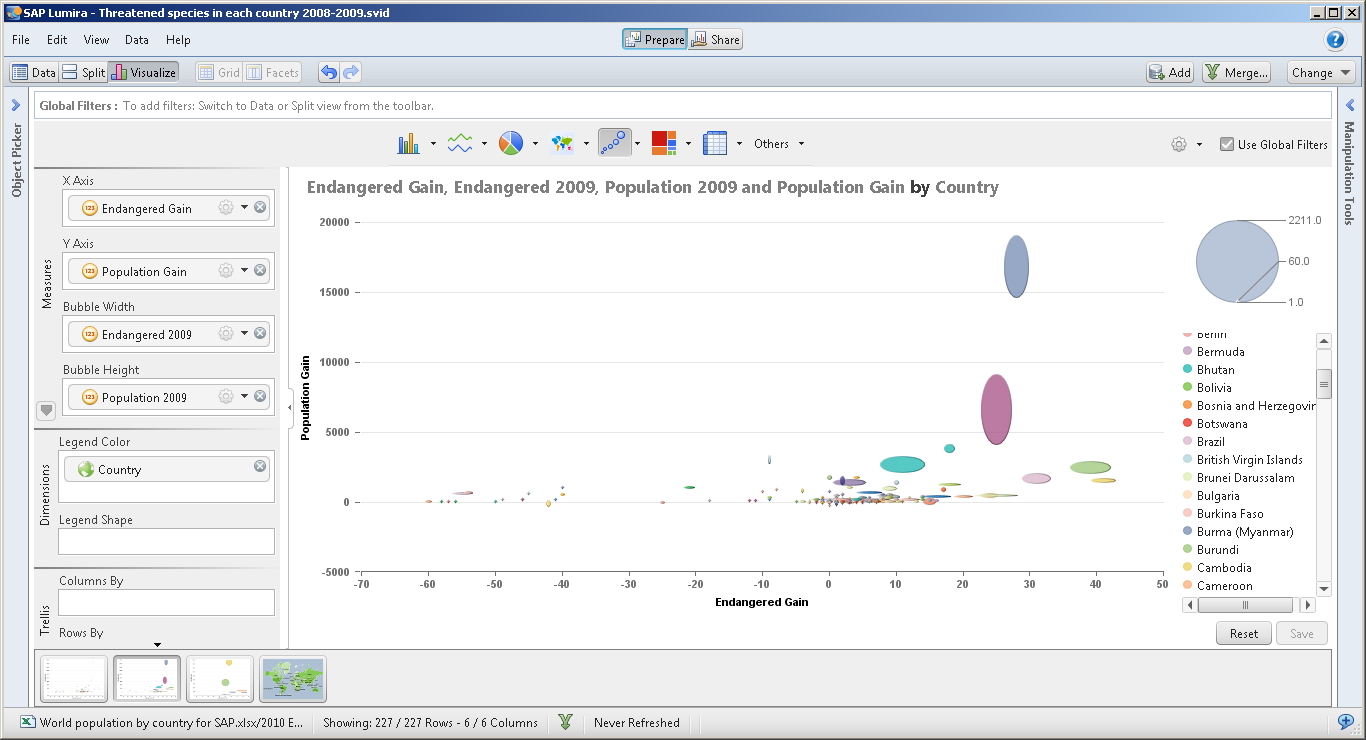 Then, I further select those countries with high endangered species gain to find out what went wrong. 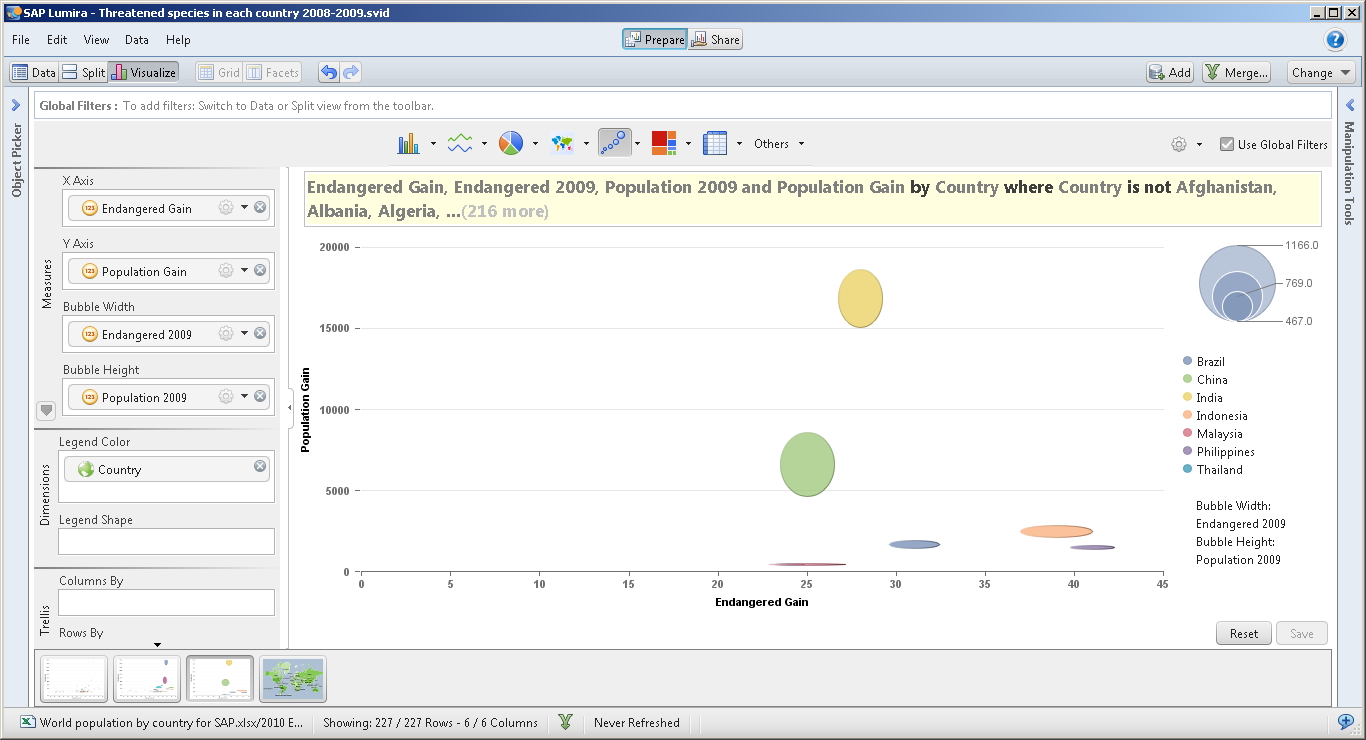 Therefore, you might chance this blog because of the ultimate data geek challenge or learning about SAP Lumira, but hope you can also get the message that this blog post is trying to convey. I hope that after you have read through this blog post, you will be more aware of human impact on this whole eco-system.

Before you close this blog, here is a song for everyone. Cheers! 😉 Thank you Naresh! Great to hear that you like it! 🙂