First of all, I thank Jitendra Kansal who blog forwarded me through Blog It Forward – Jitendra Kansal. This is Jagathshree and I am writing my first blog ever 😉   It is an honor that I have begun it in such a wonderful space and my thanks to SCN 😳 .

Well, people usually find my name difficult to pronounce, so I am used to being called by different nick names ( Jag, Jagath, Jaggy etc., 😆 ). And as you can see that my blog already has so many smileys, I am a cheerful and a jovial person. After completing my schooling in different states in India, I completed B.Tech from Hindustan University, Chennai in 2012. I was waiting for my joining in an IT giant in 2012, when I got selected in Globalsoft Solutions, an SAP consultancy firm in Chennai. Thus, here I am, into the world of SAP 🙂 and I consider myself very fortunate 😳 . Currently, I am working in CRM domain. 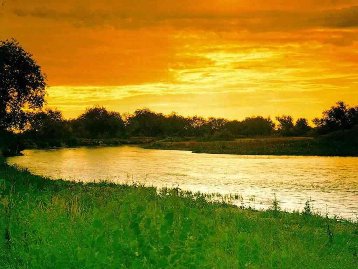 Though there are plenty of things to talk about my nation, some key facts are:

According to the most recent census, 29 languages have more than a million native speakers,

while, through a gift, the brother vows to look after her .

Chennai is the capital of Tamil Nadu, the fourth most populous metropolitan city in India and 31st largest urban area in the world.

Some of the noted features:

A natural urban beach along the Bay of Bengal, Marina is the world’s second longest of its kind.

It is a major landmark in Chennai and also the largest cloverleaf flyover in Asia. 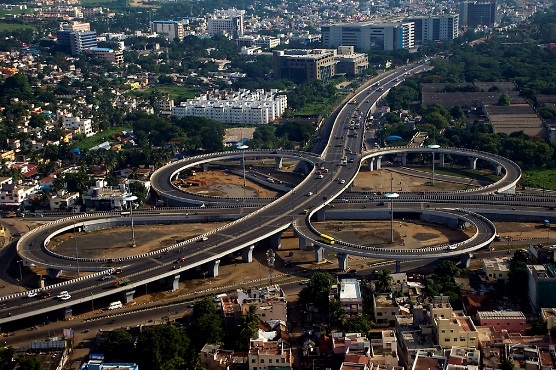 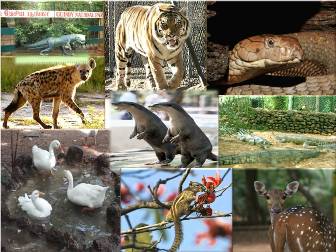 In response to questions posed by Jitendra Kansal 🙂

1. What makes me smile/laugh?

2. Had I not been in software, where would I have been?

In a school, wearing a saree and teaching Maths and English 🙂

3. What is the craziest thing that I would have done in my life?

I do not know if it is the craziest. But I still cherish this incident 😆

When I was five years old, I had taken part in a fancy dress competition in school for annual day celebrations and I had chosen to be a doctor.

My parents had taught me a few lines to speak which I had rehearsed for days. That day, I boarded the stage and introduced myself boldly.

But suddenly, I started singing a devotional song on Lord Krishna, for no reason. The entire crowd began to laugh and I thought they were cheering me 😆

Probably, that day proved that I would never be a doctor in my life 😛 though I still sing 😉

Answers to a few general questions:

Who inspires me the most?

Any new thing that enters my life, motivates and inspires me !

What do I most enjoy in SCN?

I love the discussion forums and the blogs 😘 .

What, according to me, is the most fascinating invention/discovery?

I find air planes really fascinating and to me, they are one of the best inventions 😳 .

I wish If you could answer to the following:

1. What energizes you when you feel dull or irritated ?

2. What is the most adventurous thing that you have done in your life?

3. If given a chance to show your creativity, in which specific field would you make an attempt?

4. (Optional) Which self help book would you suggest to read?

For any doubts regarding BIF, kindly visit Blog It Forward Community Challenge

Thanks for reading my blog. Being new to blog-writing, I would appreciate your valuable comments and feed-backs.

Welcome to BIF. 🙂 Good to know you.

Thanks for sharing nice BIF with the community. It is always inspirational and patriotic feeling whenever those three colours are seen.

First of all great thanks for accepting my invitation. 😀

i must say Jaggy is very cool name. 😛

i have been in Tamilnadu for more than 4 yrs. thanks for sharing your life style. 🙂

Lol 😛 Thanks once again Jitendra Kansal

I must say, its too good for the first blog! as mentioned by Ravi

its always a pleasure to watch the tricolor.

Glad to know about you , clean description i should say . I am too put up at Chennai since 2 yrs now.
Enjoyed reading it, highlights of Chennai are well portrayed  🙂 .

Thanks a lot for mentioning me here 😀 .

Thank you Sara for your detailed feedback, I really appreciate it. Good to know that you reside in Chennai too. Looking forward to your blog to know more 🙂 🙂

Nice to read your blog. I too have friends in chennai and they keep telling me about that place. Your blog made me remember them. People out there are very nice and helpful 🙂 🙂

Thanks 🙂 Nice to know that the blog has brought in some good memories 🙂 .

Good to know you Jaggy.

Guindy has a national park? I was not aware of that. Thanks for the information 🙂 . Recently only I relocated to Chennai.

Ya, the park is a place I visited often in my childhood days. Welcome to Chennai 🙂

Glad to know about you, I also had to chennai during my training period and it was not bad at all as people used to say that it is too dificult to survive in Chennai specially for north Indians(like me) but see i survived and commenting on ur blog ..;)

Enjoyed reading it, highlights of Chennai are well described 🙂 .

Glad to know that you enjoyed your stay in Chennai and also reading my blog. You are right there is a misconception regarding the place 😉

Nice Blog , Good to know about you..

i was not in good mood when i was reading this, but you make me laugh ..

"I started singing a devotional song on Lord Krishna, for no reason. The entire crowd began to laugh and I thought they were cheering me"  .. hahahah.. 😀

I am glad. Thank you. Keep Smiling 🙂

Its very informative regarding Chennai and definitely regarding India. 🙂

The best part of your Blog is    "I started singing a devotional song on Lord Krishna, for no reason. The entire crowd began to laugh and I thought they were cheering me" .......I seriously can imagine the scene when u became a doctor and started singing and then the reaction of crowd. 😉

Keep up the good work. 🙂

Thanks 😆 . Its nice to know that you enjoyed the blog 🙂

Hi Jagat, The Tri Color Scenery is Awesome and Chennai city too 🙂

Good to Know about you 🙂

Like Sara I can't really believe that this is your first blog! I really enjoyed it, you have a nice, light, bubbly way to write IMO. 😀

I loved your childhood anecdote as well, that made me grin. *g* And the questions you put up for the people you blogged forward to sound really interesting! I'm looking forward to the answers.

Since Indian names are pretty difficult (especially for us western people 😀 ), could you write how your name would be pronounced? Even in my head I get it all messed up I think. 😳

Thank you very much for the feedback. I understand, my name sounds new even to the people of my own state 😆 . My name is - 'jag' as you pronounce 'jug', 'ath' as in wrath, and finally 'shree' - ee in chEEse  😛 Hope that helps 😉

Thank you! Now that's a beautiful name you got there! It has a nice melody to it. 🙂 My name sounds just hard, no matter how nicely you would say it. 😀

Thanks Steffi. Yeah! Relatively, your first name was easy to pronounce 😉

Nice to know about you. I can see the Chennai city in your pictures. They are really nice.

Nice to read the blog.......I think your energy levels never come down with your smile 🙂

Yes, you are right. Thanks 🙂

I really dont know about this.

Major landmark in Chennai and also the largest cloverleaf flyover in Asia.

Thanks for sharing about you and your experience. I like the way you explained about Chennai!

Anytime. All the best. 🙂