In a world full of struggles, disagreements, conflicts, and war, at least there is one common interest agreed upon globally: Whether you call it soccer, le foot, futebol, or Fußball … football is fun.

Popularity of the Sport

An estimated three billion fans worldwide rant and rave about which country is best. The 2014 World Cup in Brazil will set the record straight – at least for the next four years. (Take a sneak peak at World Cup predictions thanks to SAP Lumira software). Fortunately, there’s plenty of good football to be seen between World Cups — and Germany is a great place to start. 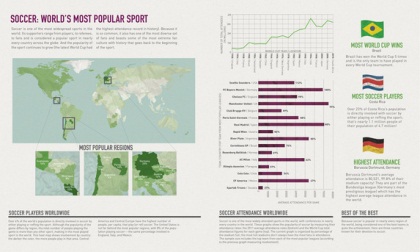 Germans love their Fußball and, at the top of the German football league system, the Bundesliga is where the best of the best compete for championship status. In the 2008-2009 season, TSG 1899 Hoffenheim remarkably rose to the first division of the Bundesliga after just one season in the league. The club’s early success can be attributed to strong support from chief financial backer and SAP AG co-founder, Dietmar Hopp, and his hunger for winning. But TSG Hoffenheim is more than just a professional football team. It takes great pride in a world-class youth center established to provide life-changing football experiences for children. And, much like the team’s advance in 2008, TSG Hoffenheim may have found a way to take its game to an even higher level.

Wearable Technology to Predict the Future

By placing sensors in shin guards, clothing, and even the ball itself, TSG Hoffenheim will collect an enormous amount of actionable data that would otherwise go unnoticed. In a single match, over 60 million positional records can be streamed, analyzed, and stored using the SAP HANA platform. This data can be used to customize training to strategically target the strengths and weaknesses of each player and create the most efficient training plan possible. This new-found knowledge can even be used to reduce the risk of injury and ultimately boost levels of play. For instance, spatial analytics can be applied to individual and team movement profiles to track distances, speed averages, ball possession, player tendencies and more. Tapping the Unconscious by Translating Big Data in Real-Time

It’s often said that the speed of football doesn’t allow players the time to think, just to react.

“Big Data can’t tap into our unconscious thought processes directly, of course,” The Human Face of Big Data noted. “But with a vast storehouse of our past decisions to analyze, it could detect patterns of behavior we are not aware of, and those patterns could reveal the unconscious thought processes that drive the behavior. In a very real sense, Big Data could know us better than we know ourselves.”

Think of a time you were playing a sport and questioned the way you reacted. Whether taking a shot when you should have passed or playing the ball instead of the body on defense – only after the opportunity is missed, do we have the time to reflect and analyze our unconscious decisions. Hindsight is 20/20, but using the soccer analytics application powered by SAP HANA to analyze past events, teams can extrapolate future trends and provide foresight that was never-before possible, allowing for calculated in-game adjustments on the fly. And by customizing trainings accordingly, rising stars will ultimately increase their chance of transforming dreams into reality by elevating their level of play.

“We’re in store for a period of innovation in sports that will leave footprints for generations to come,” SAP Co-CEO Bill McDermott wrote in a USA Today op-ed last week. And as TSG Hoffenheim fans sit on the edge of their seats, they can shout even louder knowing that their team is pioneering technological advances that will give it an immediate advantage over the competition.

Team up with me on Twitter and LinkedIn for the latest Sports & Technology buzz.

“Under Armour: Enhancing Your Performance the Right Way with SAP HANA”

“Future of Baseball Hinges on Analytics, Big Data and Mobility“