Telcos remind me of the Chicago Bulls in the 1990s. The professional basketball team had won three championships in a row, but got kicked out in the conference-semifinals during the 1994/1995 season.

The Bulls would have gone down in history as one of the better teams in the game, but they went on to win another three championships in a row — becoming the greatest team in NBA history.

Telcos used to be the greatest leaders in innovation, reliably connecting billions of people all over the world, but they missed a lot of opportunities over the last decade (their 1994/1995 season). They failed to control the Internet’s infrastructure and couldn’t fully monetize their strategic advantage. They did little more than concede the playing field while others grew their businesses upon it. 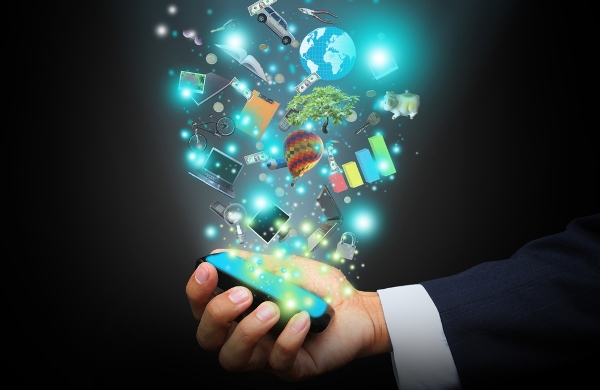 Over-The-Top (OTT) players became the real innovators, and they profited from the innovation gap that telcos left wide open. That’s why people of all ages probably think of WhatsApp and Facebook, rather than voice calls or SMS, when talking about communications today.

Declining business and costly next-generation communications infrastructure have telcos desperately looking for the best way forward. But when it comes to innovation, they’re no longer in the driver’s seat.

Now, they need to decide whether they are the innovators of the past or the builders of tomorrow.

The Sun’ll Come Out

Tomorrow doesn’t look bleak for telcos, according to the telecommunications special interest group of DSAG (German-speaking SAP User Group), which hosted a workshop at SAP’s Walldorf headquarters in June. Industry experts from leading German-speaking service providers and SAP discussed the future of telco and ways to innovate in the business, such as proximity marketing and the mobile wallet.

Proximity Marketing: Telcos already own all the assets to successfully provide location-based marketing services. So they can help consumer-facing companies send highly targeted offers to consumers while protecting privacy. Telcos are uniquely positioned for this, thanks to the technical capabilities of their networks and direct relationships with their mobile phone-wielding customers.

Mobile Wallet: Enabling people to shop with their phones is a huge opportunity for telcos to better engage with their subscribers — and increase their loyalty. Retailers and consumers are showing great interest in this kind of service. Starbucks recently reported that, one year after introducing mobile payment, more than 10 percent of all payments in the U.S. for lattes and muffins are done via a mobile phone.

Consumers and businesses are demanding innovative services, and the required mobile solutions are available, making this a great opportunity for telcos to reinvent themselves. But they must stay true to their traditional values as drivers of innovation.

It’s not surprising that mobile commerce’s benefits are a frequent and controversial topic in the media. But it was surprising that industry experts and telco leaders at the workshop could not agree.

For retailers, consumer insight is of tremendous interest. Knowledge about consumers’ priorities and behavior is a precondition for retailers to optimize their business and to meet their costumers’ needs and preferences.

For telcos, who already have detailed insights, mCommerce is a great business opportunity. Assuring data privacy protection only enhances that opportunity.

And for the consumer, mCommerce is a way to simplify and enhance daily life. But it must appropriately address both consumer value and data privacy protection.

Telcos are uniquely enabled to ensure data privacy in mCommerce services, especially in markets that are highly aware of data privacy such as Germany. Telcos in those areas have been trustful with consumers’ data for decades.

Sooner or later, consumers will forget about how important their private data is to them. They will adopt the service from whoever offers it first.

This is the chance for telcos to get back in the game. Maybe they should learn a lesson from the Chicago Bulls.