I was searching for some ABAP codes and one link google presented to me had this Data Geek details. So thought of doing an experiment on Lumira,

My first problem was to Install the Lumira in my Laptop as Lumira wants min 3GB ram and I had only 2. So next day itself I upgraded the RAM to 4GB 🙂 Now I am all set to go for the challange.

The topic choose is to compare the details of Indian states and from the data ( data source Wikipedia : http://en.wikipedia.org/wiki/States_and_territories_of_India )

what I found was the difference in the living standards between Indian States are so huge. Especially states like MP, Rajasthan , Jharkhand , Bihar and UP holds the last positions in every report. The Government has to take special attention on these states for there development as others are moving very fast especially Kerala , Punjab  AP TN  etc. 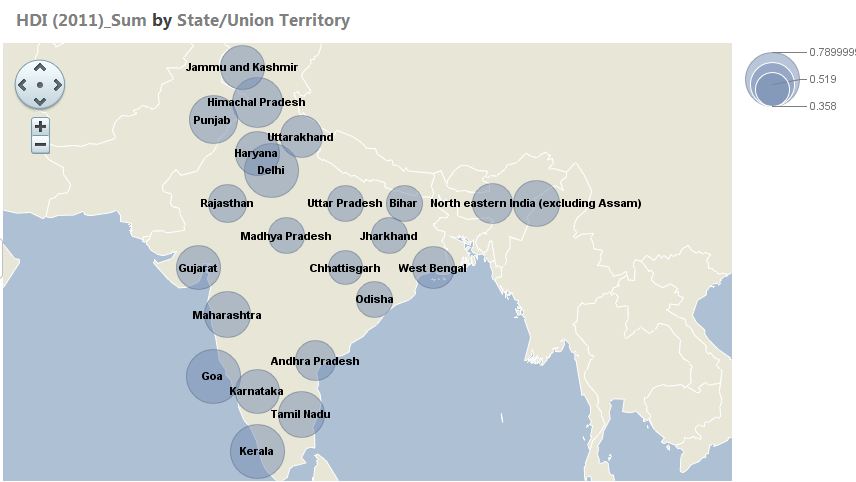 Literacy Rate : Why Bihar went below the country Average ?

From Wikipedia :  Ancient Bihar was a centre of power, learning and culture in ancient and classical India. From Magadha arose India’s first and greatest empire, the Maurya empire as well as one of the world’s most widely adhered-to religions, Buddhism. Magadha empires, notably under the Maurya and Gupta dynasties, unified large parts of South Asia under a central rule. Its capital Patna, earlier known as Pataliputra, was an important centre of Indian civilisation. Close to Patna, Nalanda and Vikramshila were centres of learning established in the 5th and 8th century respectively in Bihar, and are counted amongst the oldest and truly international universities of the time. 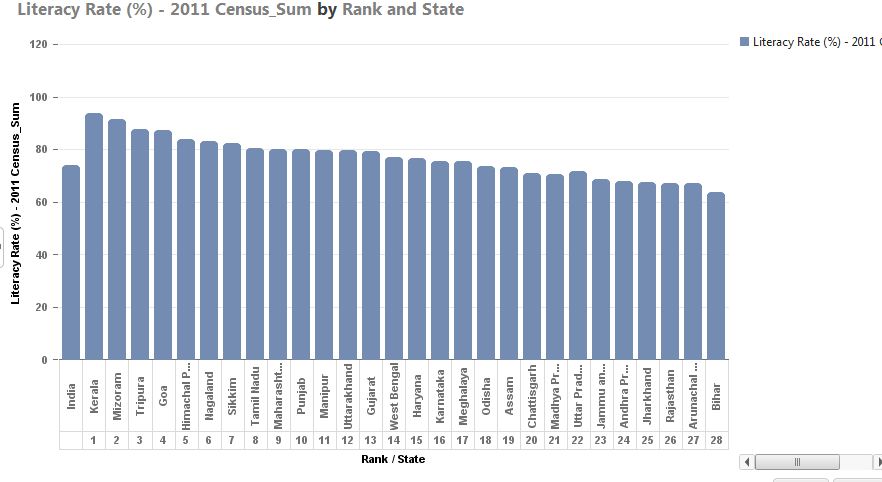 Fertility Rate : The expected number of children born per woman in her child-bearing years.

Some Interesting findings. The states which holds last ranks in every reports are same here also.

Lets take the case of Bihar/UP  the values are 3.3 and 3.5.  So the Income of the family has to be divided for the big family

can move more money to education and health. These two factors are directly proportional of the growth of any state /country. 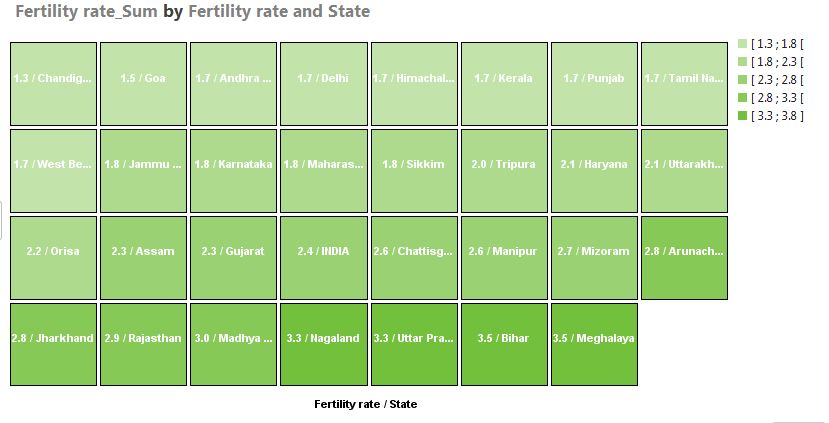 Media Exposure : This shows , how much the world is exposed to them 🙂

When America killed Saddam Hussein the only place in the world went to strike other than Iraq is Kerala an Indian State ,

because of the effect of the media. Every people knows Saddam Hussein and whether he is criminal or not

he was a great personality in the mind of all peoples and that  is truly an effect of the mass media ….. 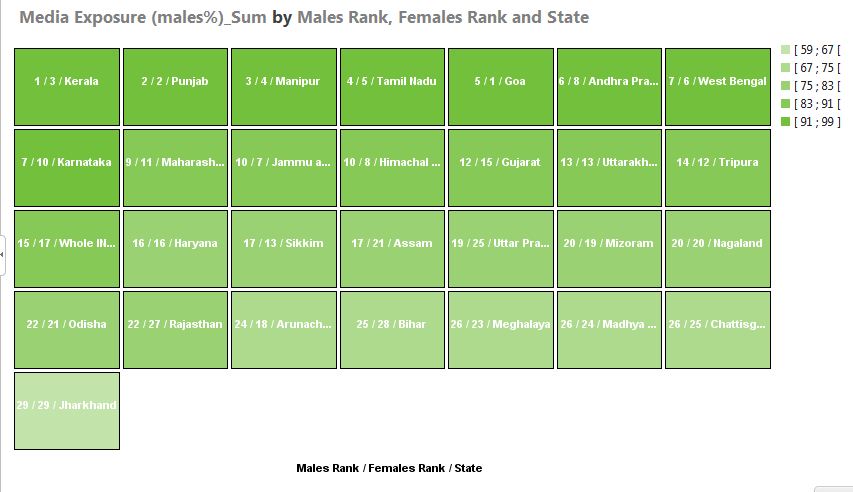 SAP LUMIRA is a wonderful tool . I haven’t explored the SAP HANA etc but by Using the Excel options itself we will get a fair idea about