If you are one of the roughly 25 million fantasy footballers out there, or if you’ve ever tuned in to The League, you’ll agree that becoming league champion is the ultimate triumph for bragging rights with your friends. But winning the title requires a lot of time and effort — so much so that fantasy football costs employers upwards of $6.5 billion due to lost worker productivity, according to a 2012 study.

Fantasy footballers, you no longer need to irresponsibly cram your brains with countless stats and predictions on company time. SAP has you covered with a cool new cloud-based SAP Player Comparison Tool powered by SAP HANA and visualized by SAP Lumira.

“Fantasy football fans love stats almost as much as watching the action on the field,” said Jonathan Becher, chief marketing officer at SAP. “More than ever, users rely on analytics to gain a competitive edge and the player comparison tool is designed to deliver that advantage through insights that can guide decision-making.”

Friday marked the NFL Fantasy Week Draft Celebration in New York, and as you can imagine, the event was filled with excitement. Mike Morini, SVP and GM for SAP Cloud, kicked the event off by introducing:

Mummery highlighted a few different scenarios with a quick demo of the Player Comparison Tool, which includes 10 years of stored data instantly analyzed as soon as the user pushes the button. Mummery’s scenario: “I need a player to have a big week more than I need consistency.”

For the big week, the user is able to weight Upside higher and Consistency lower, for which the tool recommends RGIII over Wilson.

All leagues are different, and most fantasy football owners prioritize specific attributes over others. Some may tend to be more conservative and prefer to play it safe with consistency. Others may believe in focusing on matchups, starting offensive players who are playing against poor defenses in hopes of exploiting them.

So the app adjusts to your specific league settings and scoring system, making it 100 percent customizable for end users. No more cookie-cutter ranking of players.

The app even includes weather scenarios in the intangibles category, taking virtually everything into account. And because the SAP Player Comparison Tool is powered by SAP HANA, it will always provide up-to-the-second insight at the speed of thought.

If you’re like me and there just aren’t enough hours in a day, you probably value: speed, insight and ease of use just as much as I do. So I’d recommend logging onto nfl.com/fantasyfootball to take charge of your team and win that piece of hardware.

Connect on Twitter and LinkedIn for the winning edge in sports and technology. And stay tuned for Part 2 of this blog post, featuring NFL predictions, fantasy picks and interviews from the real and fantasy professionals.

“Your Fantasy Football Portfolio is a Lot Like a Stock Portfolio”

“Under Armour: Enhancing Your Performance the Right Way with SAP HANA”

“What Businesses Can Learn From the MLB All-Star Selection Process” 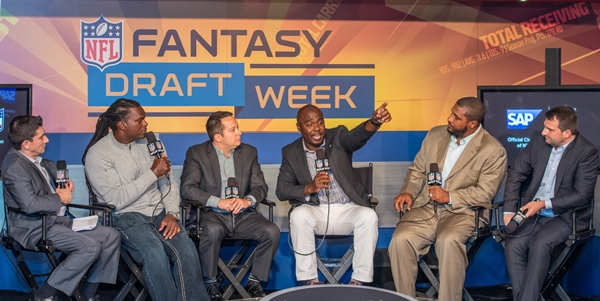 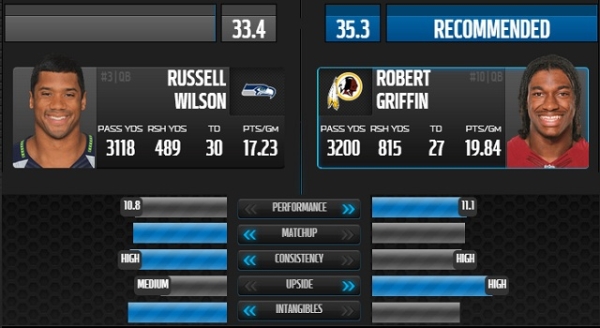 It was a great event and fun to hear from NFL Hall of Famers speak on behalf of SAP Cloud and Analytics.

Indeed! and the nice, open, room allowed for great mingling.  Couldn't believe how social the former players were - Lavar Arrington even wrote "Fly Eagles" on my football because I was on the Penn-Stater for playing on the Redskins 🙂 .