India is an agrarian country with around 60% of its people depending directly or indirectly upon agriculture. Agriculture in India is often attributed as gambling with monsoons because of its almost exclusive dependency on precipitation from monsoons. The failure of these monsoons can lead to a series of droughts, lack of better prices, and exploitation of the farmers by middlemen, all of which have led to a series of suicides committed by farmers across India.

I have used SAP Lumira for the first time to analyze the Farmer Suicides in India.

I saved the data in excel sheet and loaded it to SAP Lumira. 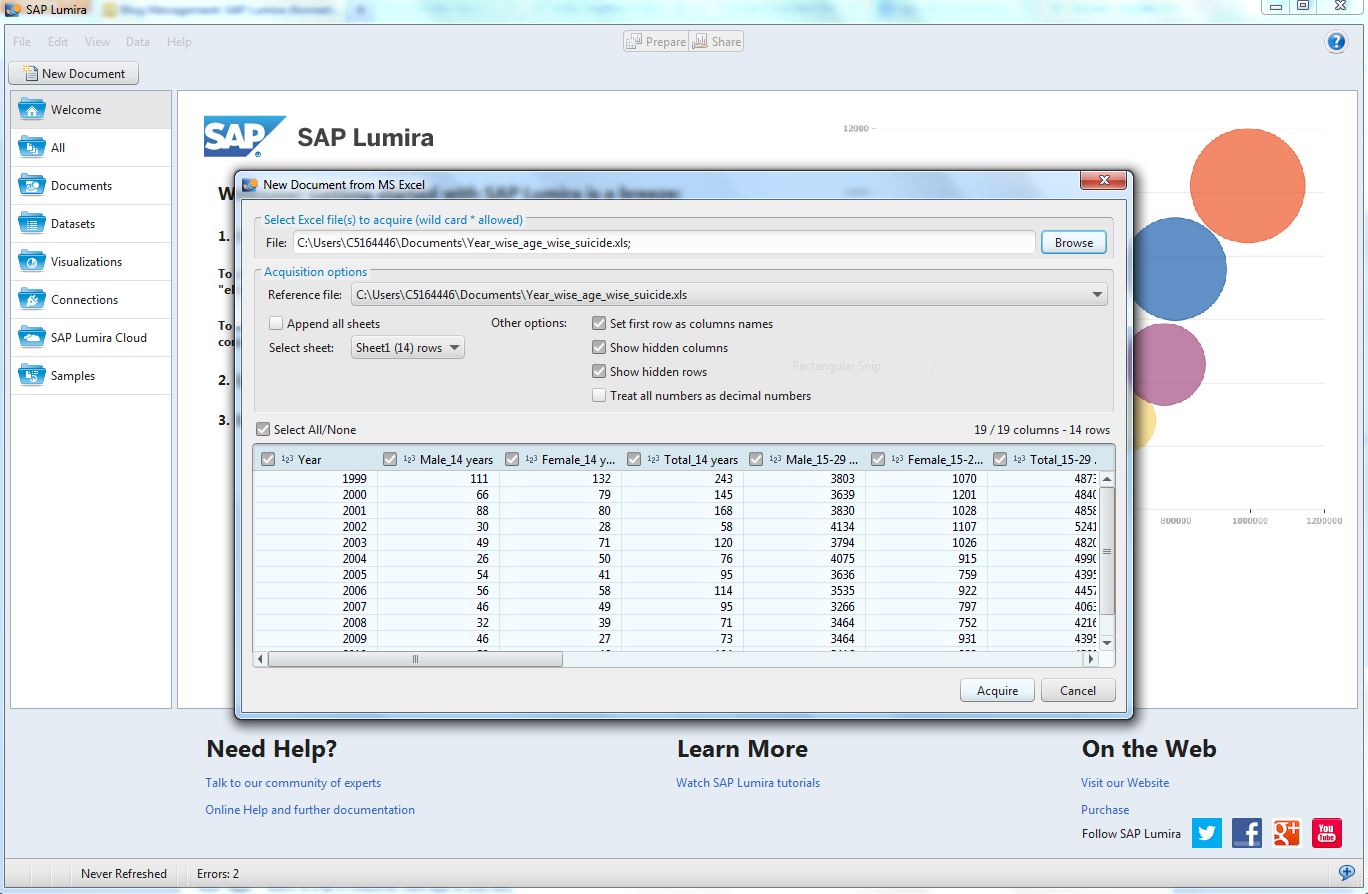 After loading the data I have created the necessary measures.

Below are the Year Wise analysis of Farmer Suicides from 1999 to 2011 in different Age groups. 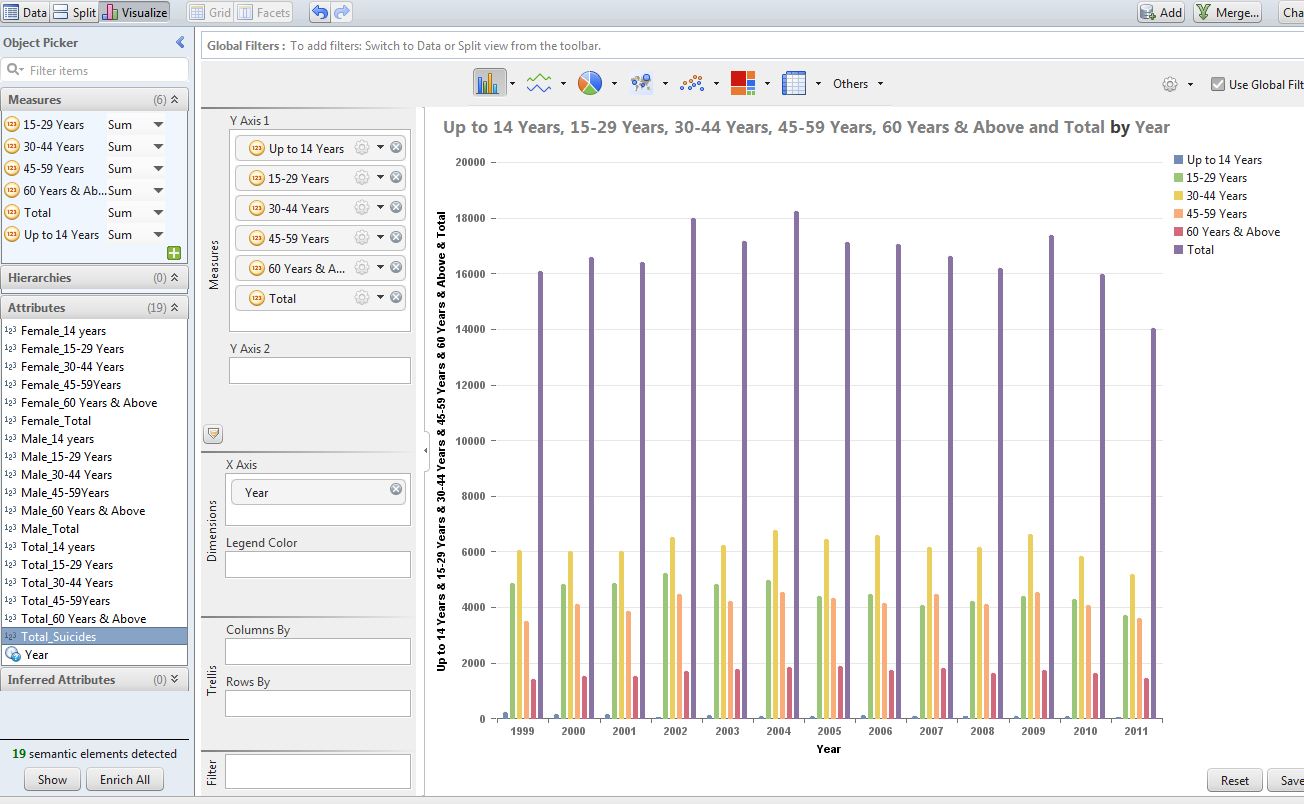 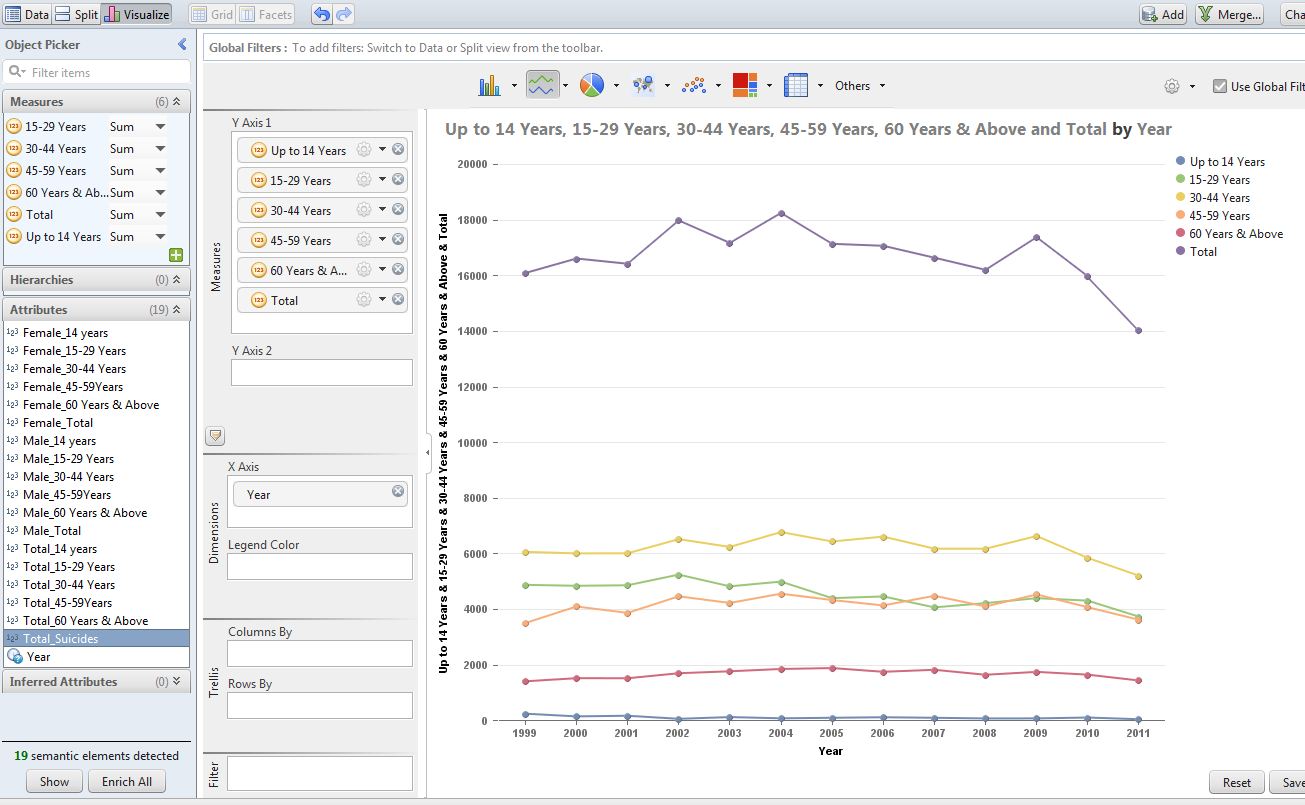 Are children (below age 14 years, who don’t know what life is) really committing suicides? I don’t call it a suicide rather it is a murder. Also the reason for Female farmer suicides and Children Suicides (Murder) are the inability or the fear of survival with out the Breadwinner! 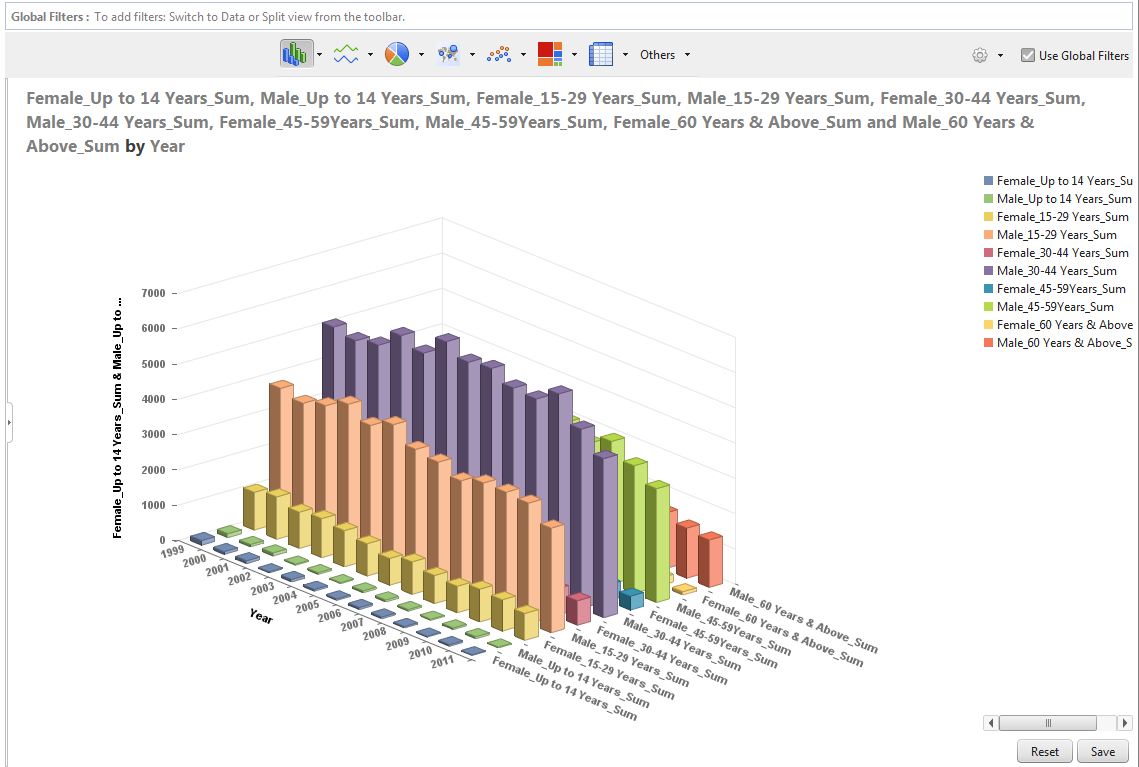 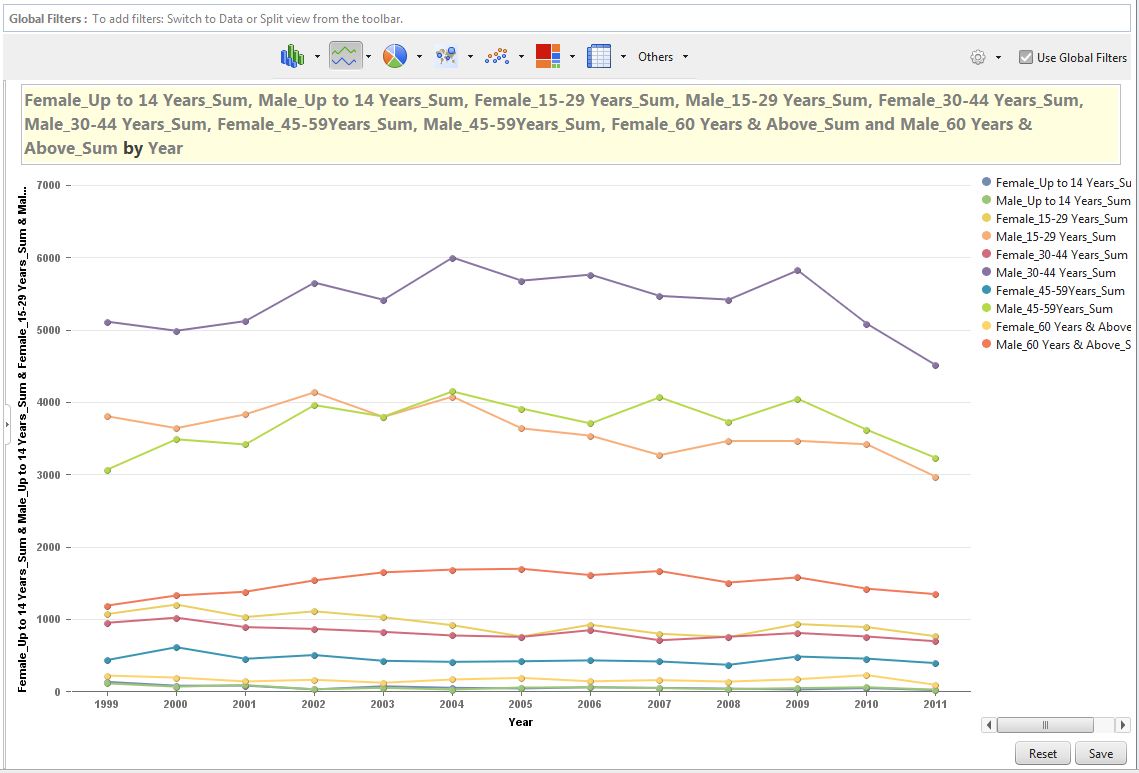 Here I have chosen the big 5 states for analysis as more that 51% of Farmers committing suicides are from these states. 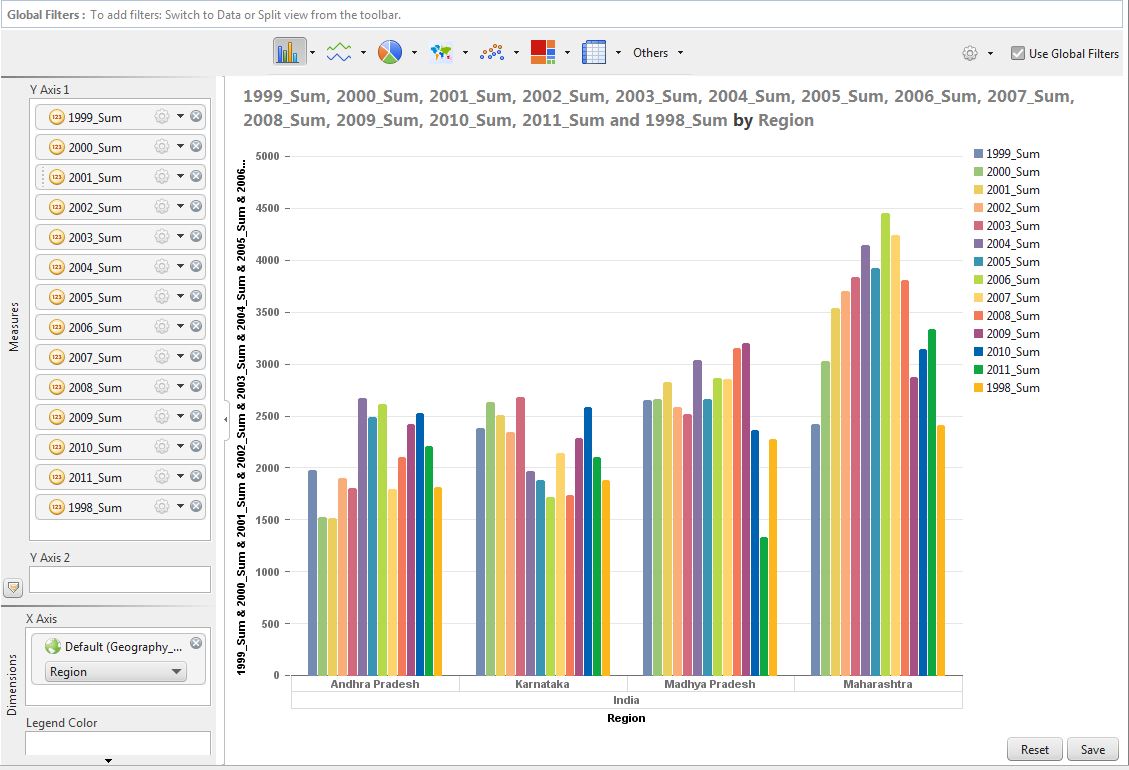 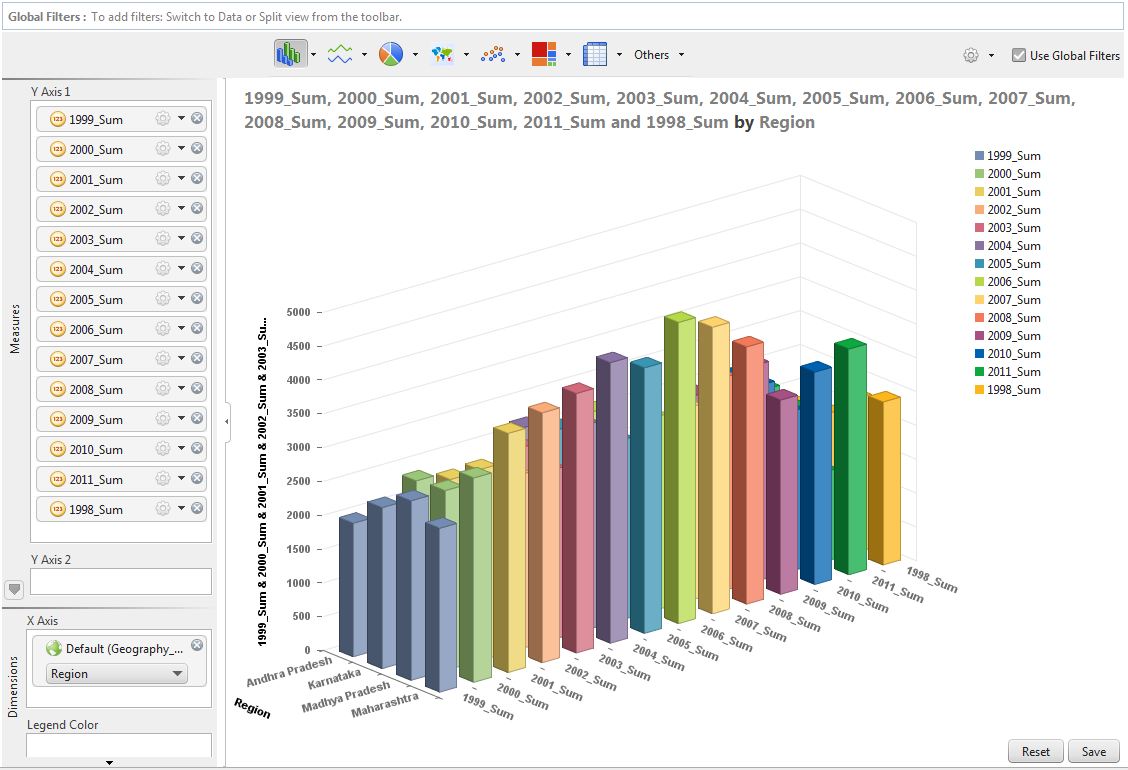 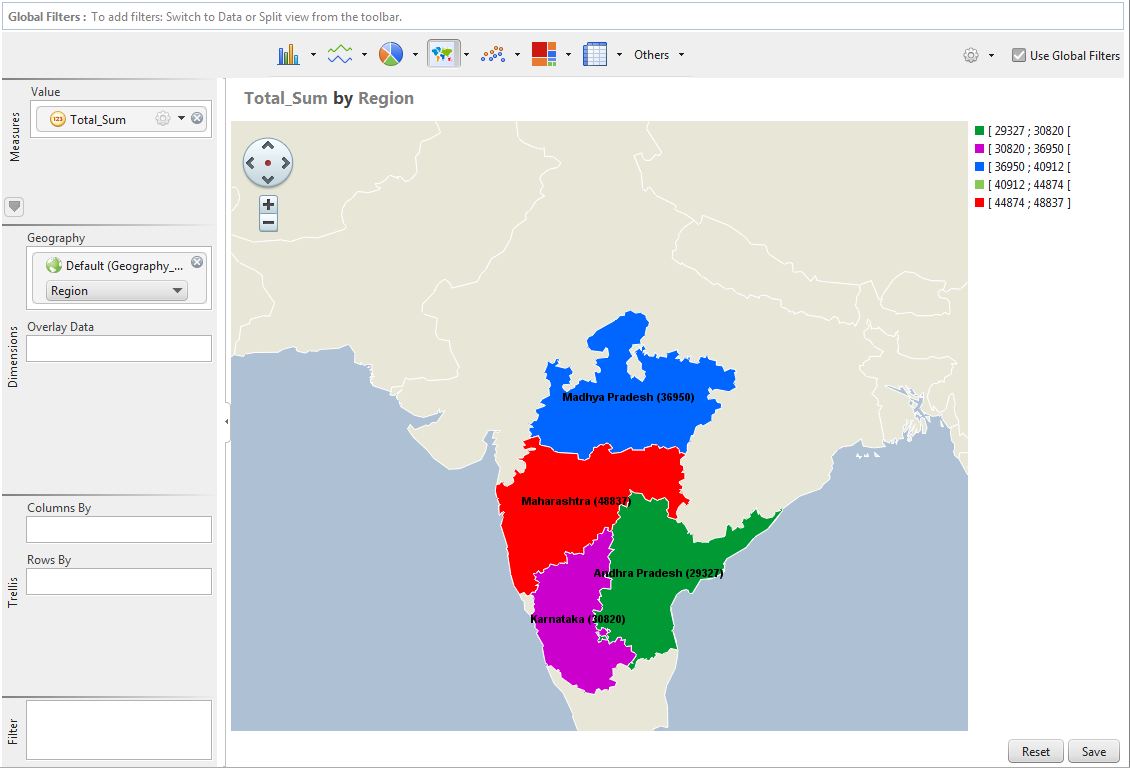 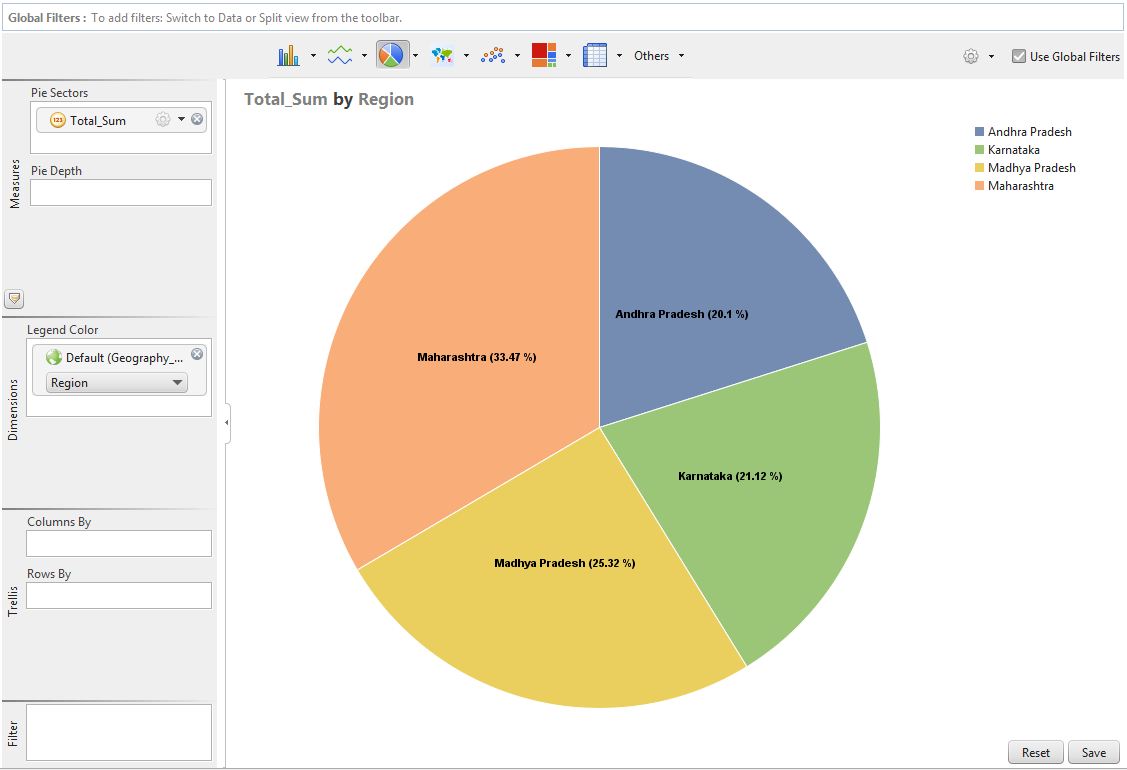 From the above charts we can observe that the number of Farmers committing suicides is more in Maharashtra state.

Also we can observe most of the Farmer suicides happening in the Cotton growing States.

Indebtedness is the major reason behind the farmer suicides. The number of farmers committing suicides in Andhra Pradesh has slightly reduced from 2005 as the Andhra Pradesh State Government has cleared the Agriculture loans of farmers.

Usually, a farmer is the only earning member in his family; his death leaves his family in destitution. Government should take enough measures to prevent suicides of farmers. If the issue remains unaddressed it is a large possibility that India would soon emerge as a food deficient country.

It took just10 minutes to analyze the above data using SAP Lumira. SAP Lumira is one of the most simple and powerful tool I have ever used for analyzing and predicting data in different ways.