Unleashing the Power of Patterns – From Pascal to Predictive Analysis

Patterns are powerful. They’re in numbers, public spaces, and hidden in sales data – and recognizing patterns in the world around us has been changing how we think for centuries.

“It is not certain that everything is uncertain,” French mathematician and scholar Blaise Pascal noted in the mid-1600s. And I suspect Pascal’s penchant for patterns helped lead him to this liberating philosophy. 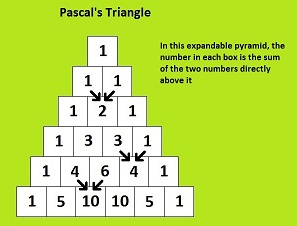 The relatively simple arrangement of numbers known as Pascal’s Triangle contains many numeric patterns, such as triangle numbers, binominal coefficients, and the celebrated Fibonacci sequence. Pascal spent considerable time studying these patterns, finding in them information he could apply to real-world problems.

While analyzing a popular gambling game, Pascal used the numbers to identify the possible combinations that could result from tossing a pair of dice a defined number of times. By studying the frequency of specific combinations, he was able to determine the likelihood of any single event.

This was much more than a mathematical mind game. It helped pioneer the theory of probability, a concept that altered future thinking about everything from economics to decision making.

A Pattern Language for Design

Patterns, of course, are not found solely in numbers. Three centuries after Pascal, a group of architects and academics from the University of California led by Christopher Alexander hoped to establish an entirely new approach to architecture, building, and community planning. They researched human living spaces and found recurring elements of design and associated human behavior. In all, Alexander identified and connected 253 timeless patterns, which formed “a pattern language” that architects and city planners could use to discuss and solve design problems that we encounter over and over again. A Pattern Language, published in 1977, has inspired architects and builders ever since.

And the impact of innovative thinking was again felt far beyond its original context. The book’s ideas have been particularly influential in the development of object-oriented programming, user interface design, and the SimCity video game.

We may be at another watershed moment when the ability to recognize patterns will revolutionize conventional thinking in the business world. Predictive analysis is all about identifying and interpreting the patterns found in often vast amounts of historical and current data.

Companies that accurately predict developing trends and future consumer behavior are better able to identify new opportunities and avoid risk. Predictive analysis is no longer just the work of scientific and government supercomputers, but a dynamic business tool.

Database technology based on in-memory computing and advanced analytics now make it far more feasible for companies to recognize and act on the patterns contained in their big data. Democratizing predictive analysis will profoundly affect the breadth and complexity of business challenges that companies are able to tackle.

Some companies are already using this combined technology to unleash the power of patterns. eBay Inc., for example, looks for patterns, or “signals,” in more than 50 petabytes of data. By separating the retail signals from the “noise” across tens of thousands of variables, eBay gains an advanced understanding of what’s happening in its virtual economy and can identify immediate selling opportunities.

The signals are just the beginning, according to David Schwarzbach, VP and CFO of eBay North America. The real benefit of this technology is that “great people become exceptional at what they do because of the speed at which they can interact with the data,” Schwarzbach said in a recent video.

Italian restaurant services and catering group CIR food is another example, providing food services to more than 33,000 international companies and 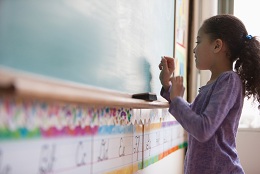 public institutions. CIR produces over 75 million meals a year, including many intended for hospitals and schools.

CIR is analyzing school enrollments and patterns of student absenteeism. With this very granular understanding, it can significantly reduce waste across its supply chain and feed more people. And who knows, one of those school children could be the next Pascal or Alexander.

Pattern detection is powerful stuff. But is today’s use of predictive analysis and patterns just the latest validation of Pascal’s belief that not everything is uncertain?

It may actually be evidence of an even more radical notion: It is not certain that anything is uncertain.