Your Fantasy Football Portfolio is a Lot Like a Stock Portfolio

For football enthusiasts, August is tantamount to the last few minutes before the bell rings in grade school. Fans watch their calendars the way I watched the clock in Mrs. Dameron’s chemistry class. The excitement and eagerness are tough to fight. 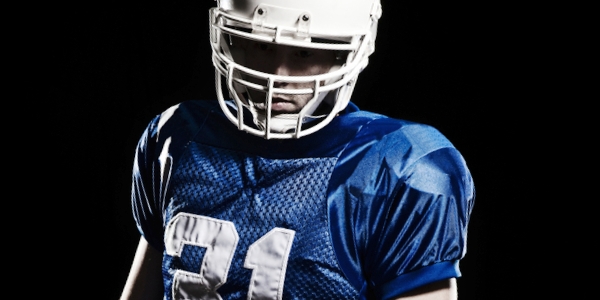 If there is one bright and shiny silver lining most fans can agree on, it’s fantasy football draft season!

In the 13 days, 5 hours and 32 minutes before the season starts, fans across the country will gather with beer and chips to decide the fate of their fall sanity. Ten people join a group; each person chooses 15 players from across the NFL to represent his or her team on the digital gridiron; and each NFL athlete earns points toward the ultimate goal: bragging rights for his virtual team’s owner.

Warren Buffett chooses stocks by identifying simple companies that have been around for a long while and produce solid returns. Let’s apply that to fantasy football.

Barring a freak injury, these two quarterbacks are likely to be consistent and provide solid returns. These guys are the Coca-Cola or Proctor & Gamble of your fantasy team.

Last year Doug Martin was a rookie. He was a little-known running back out of a small college. Although he was chosen 19th or 20th in most leagues, he ended the season as a top-5 running back. He is a classic case of buying low and selling high.

On the other hand, running back Arian Foster has shown declining numbers for the last three years, yet is still listed as the second best running back in the league. He could be the classic case of saving money by avoiding a stock just before it plummets.

In investment as in fantasy football, speculating is not as healthy as maintaining a long-term strategy — though it’s important to keep an eye on your portfolio for necessary changes. With that in mind SAP recently developed an addition to the NFL.com Fantasy Football experience called the Player Comparison Tool. The player comparison tool is like a great financial advisor.

Only in the last few years has a democratization of analytical tools come to the everyman. There was a time when only people with a lot of money or interest could have information like this at their fingertips. Now fantasy team managers can play around with the stats and numbers, even post game video, the way a real owner would.

The player comparison tool layers past performance metrics and weather variables with other sources of data to provide a holistic comparison of players. For example, it can alert fantasy football owners of a very good running back who performs poorly in the rain or on turf. Or, it will know if the opposing team has allowed touchdowns like water flowing from the tap.

The Game of Risk

It is important to take some risks. But it is absolutely essential to diversify a portfolio with some safer bets.

For every Tom Brady or Peyton Manning stock, there are a few Doug Martins. So between sips of beer and mocking a buddy’s pick, make sure you have a strong base of consistent players.

And make a few risky decisions along the way as well. 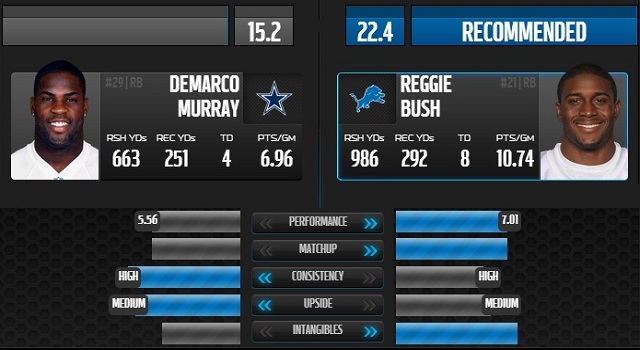