In one of my earlier document ‘How to find Top 10 routines in SAP BW system taking maximum time during data loading’ at link
http://scn.sap.com/docs/DOC-32859 I explained the strategy using which we can find the top 10 routines in BW system. Now in this document I have written an ABAP code to automate that strategy in BW.

In this tool, we would fetch the total run time taken during a data load and then time taken by a routine. After that, we will divide these two times and present it in the form of percentage time taken by routine as compared to total data load time.

In this output, we will have the statistics related to all the routines written in the BW system. Here we will be able to see the total run time of a data load alongside time taken by a routine and their respective percentage. Based on this data we can find the routine having maximum percentage and optimize them.

the code is missing, please fix it 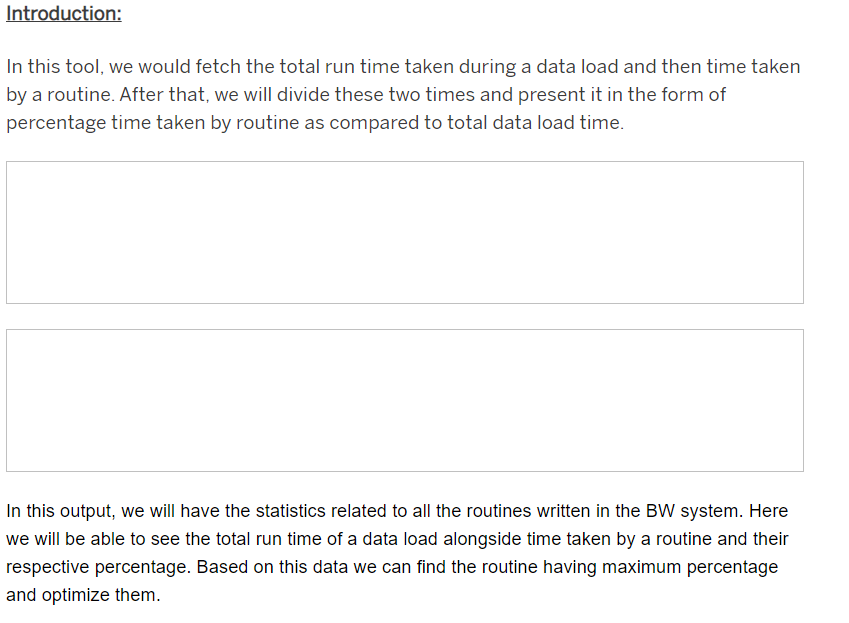