Some Brazilian data were opened by many segments of government. So I’ll show some analysis about a important topic that is Occupational Injuries occurred between years 2002 and 2009.

At Brazil we have 26 States plus Federal District, SAP Lumira will provide many ways to visualize that data.

Before going further I’ll explain some terms used on analysis:

The data was gotten from http://api.dataprev.gov.br/previdencia/anuario/<year>/acidentes-do-trabalho.csv but was enriched with Latitude and Longitude of State to show Geo information on graphs. The labels of columns also modified to English.

After changes, the dataset was imported using the option to import from CSV. 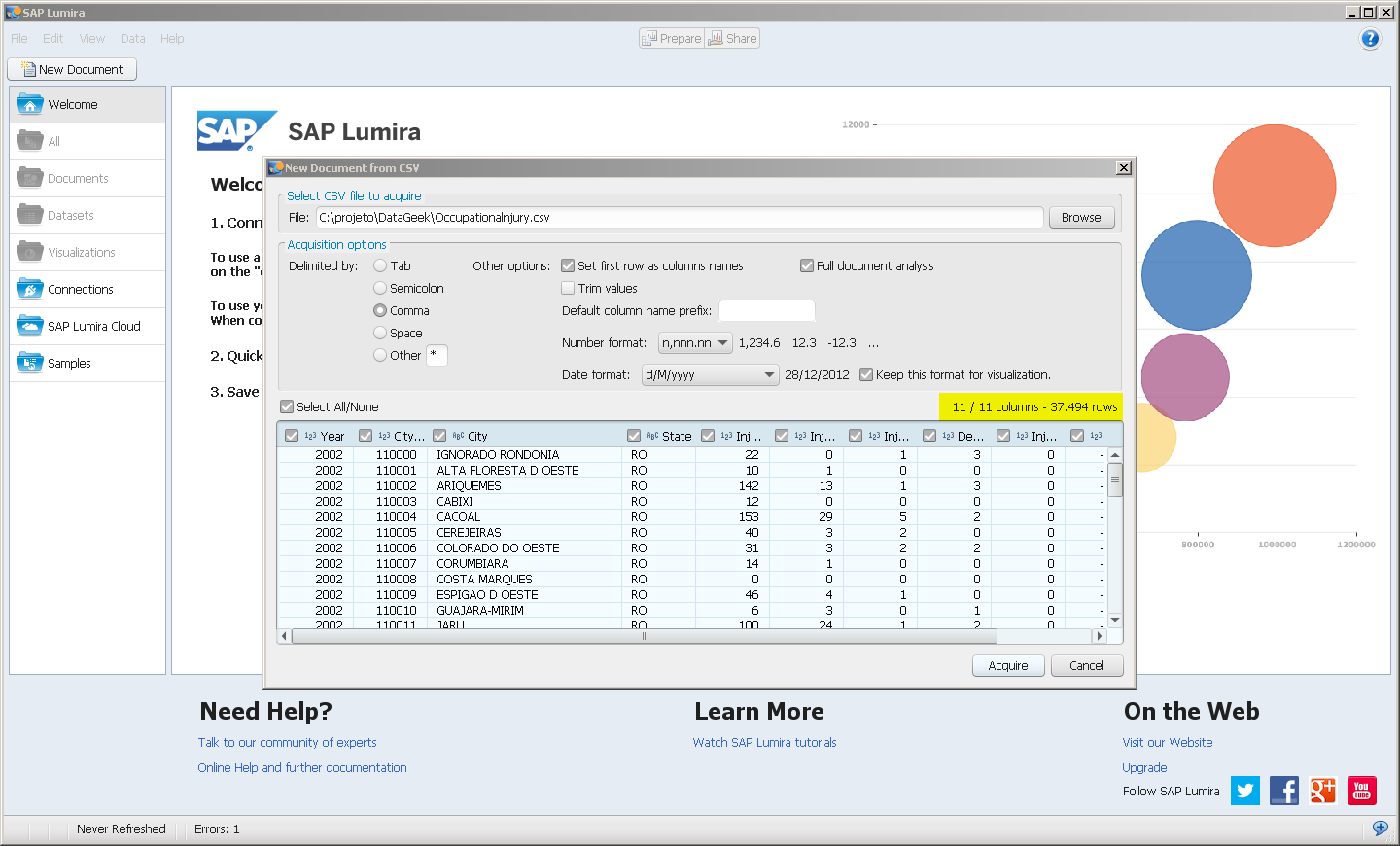 As you can see, it isn’t a Big Data file, but contains important information that deserves attention.

To start, let’s get the Injury on The Way by State into a map. It will show the all states with the injury type registered. 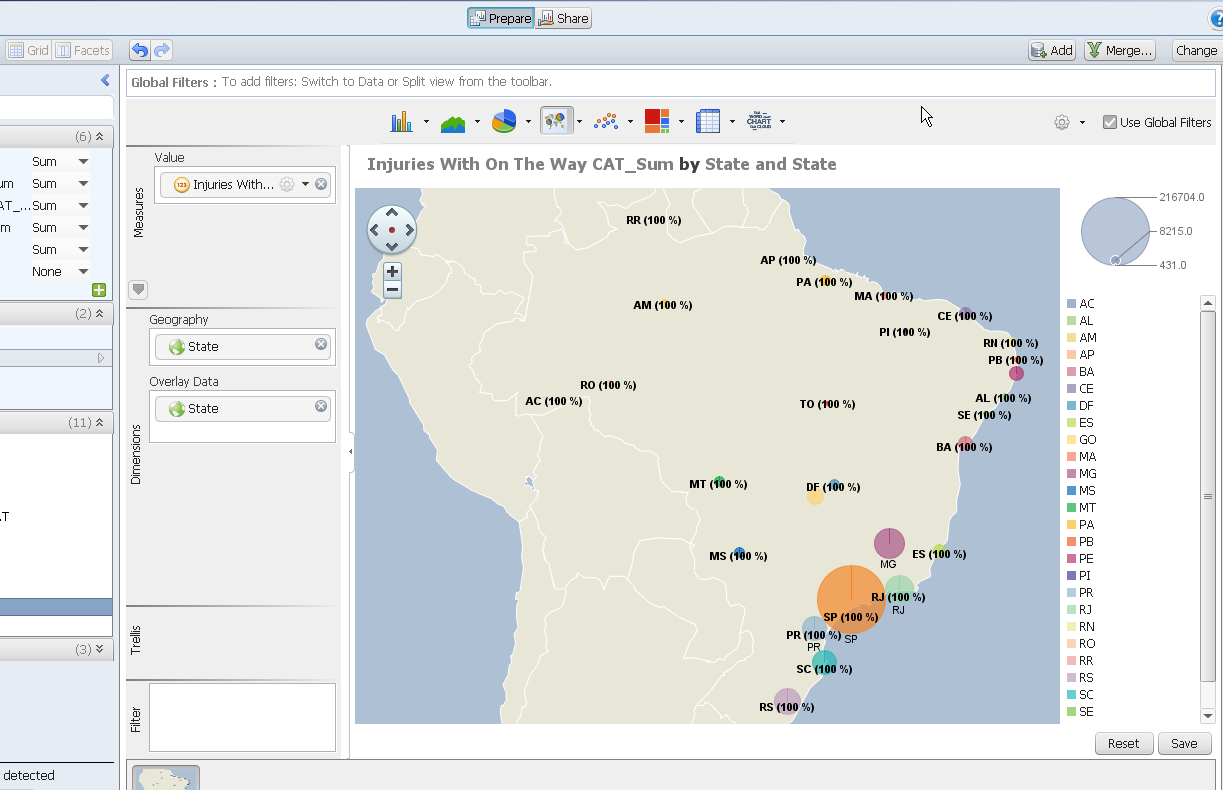 Now, let’s retrieve the top 10 states in number of Injuries With Disease CAT. 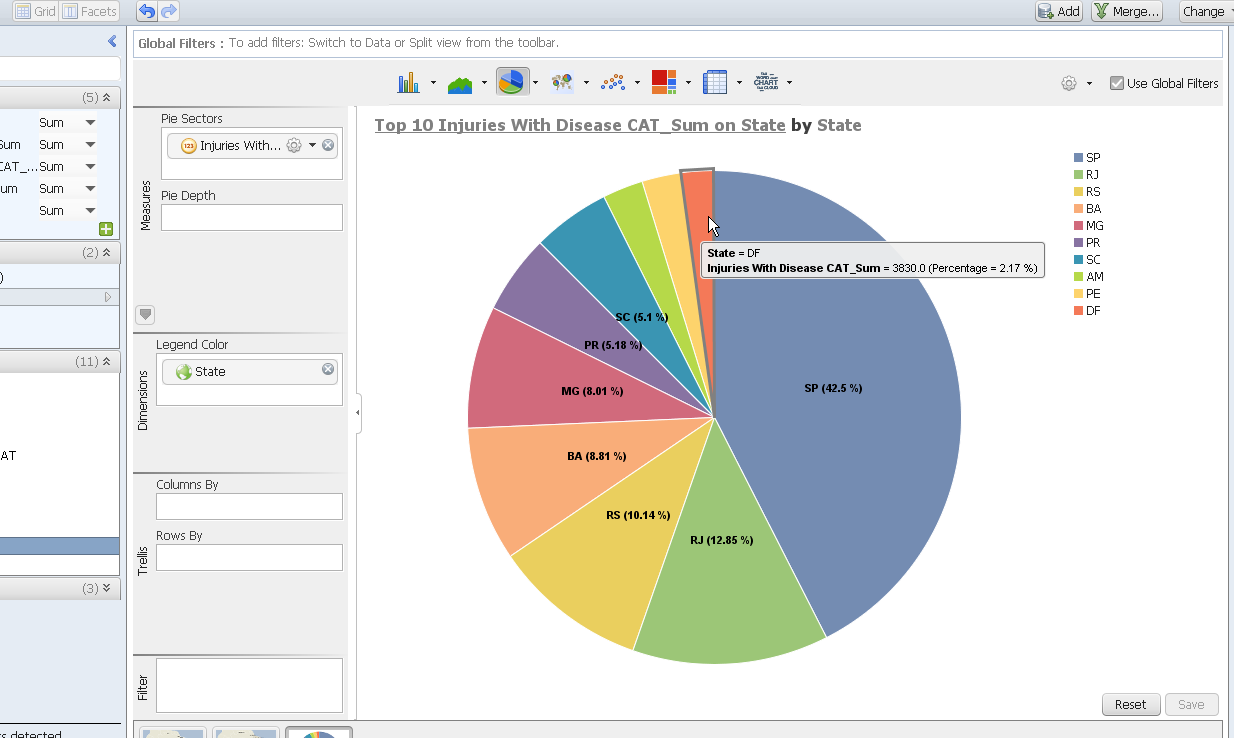 The next one has terrible data, the number of deaths caused for injury while working. 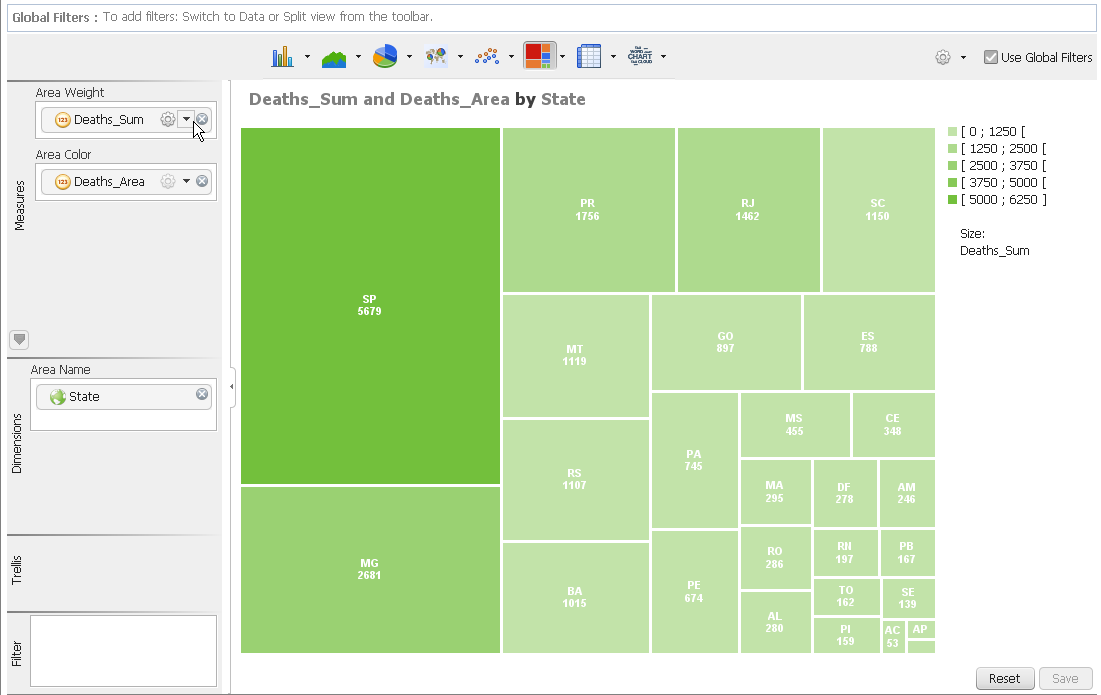 The next visualization shows the evolution of number of injuries by type, we can verify that the numbers indicate we need more efforts to reduce the injury rate, in the meantime we can see a tendency to reduction on 2008 and 2009 in a moment that Brazilian economy was growing and more people were being contracted for new job positions. Maybe the use of protection equipments and instruction are increasing in the companies. 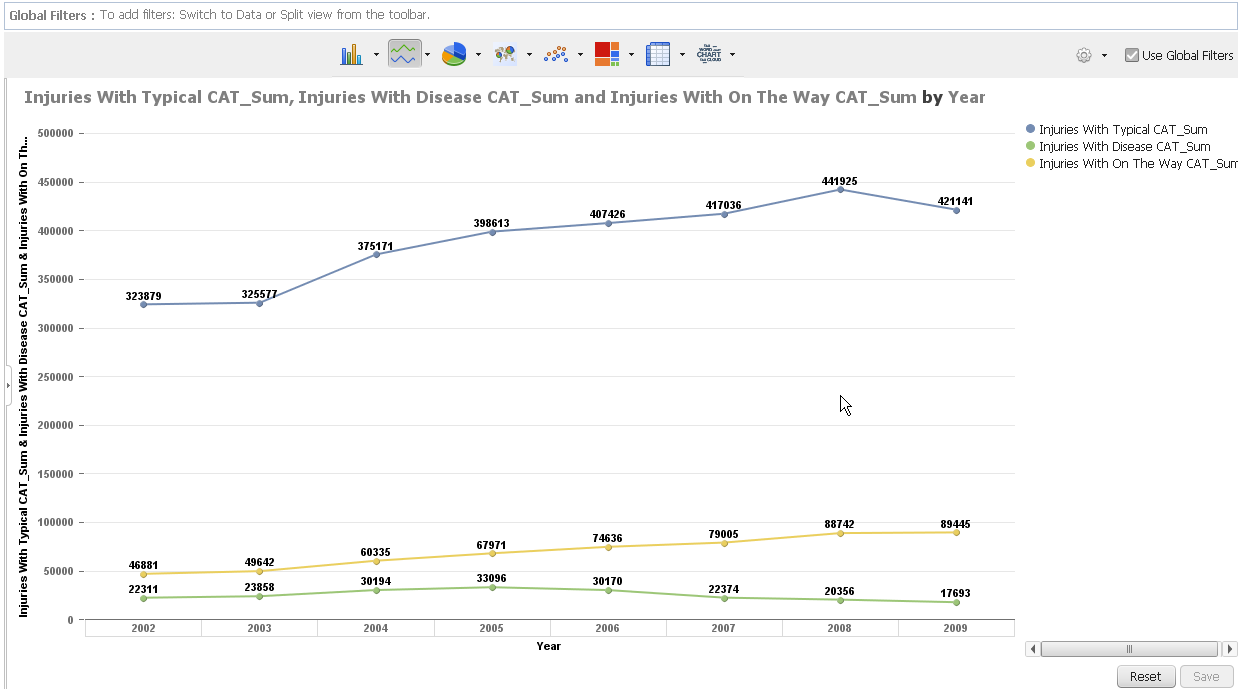 Now, we’ll see the last visualization and conclusions about the Occupation Injuries. 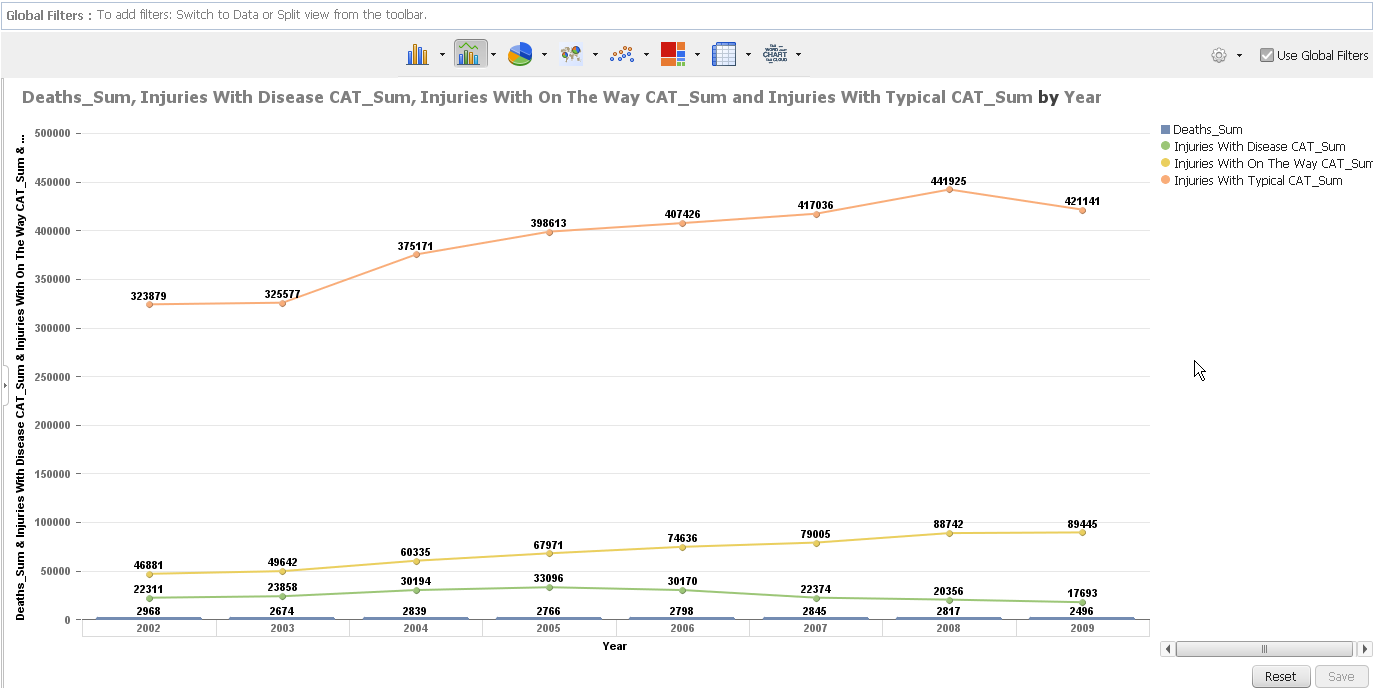 A good news is that Deaths are reducing, the bad news is that Injuries On the Way are increasing, it coincides with decrease of quality of public transport and roads on last years.

Sorry for not happy data, but we need to show the all data types and work to try revert the bad numbers.

If more detailed data are available, we could get more interesting information like age, gender, industry segment, quarter of year and so and make a better work with data. If I can get it, I’ll update this post.

Let’s hack the open data around the world.