Acknowledgement Handling in IDoc to SOAP Scenario in PI 7.3

This blog outlines the situation where idoc acknowledgement status needs to be updated when the receiver is a webservice and is called using the SOAP adapter.

IDoc AAE communication channel was used on the sender

In case if only system acknowledgement is required from an asynchronous scenario of posting to a webservice  then the following parameters need to be checked and updated :

1) Ensure that the persistence flag of the Java IDoc adapter is enabled in NWA.

2) The following parameter needs to be set in SOAP receiver communication channel.

In some cases we have a requirement of updating the

This scenario basically shows the usage of RequestResponseBean where the response can be used to trigger a separate scenario. This was to enable tracking of the application acknowledgement message returned from the web service from idoc status tracking in ECC.The application message returned from the receiver sent back the original idoc number which was used to create an ALEAUD idoc to post into ECC.

For this purpose two scenarios were created – Scenario 1 triggering Scenario 2.

1) Create the first scenario in the standard asynchronous way with mapping and ID objects.

2) The only difference would be the receiver communication channel with RequestResponseBean adapter module as shown in the screenshot below. 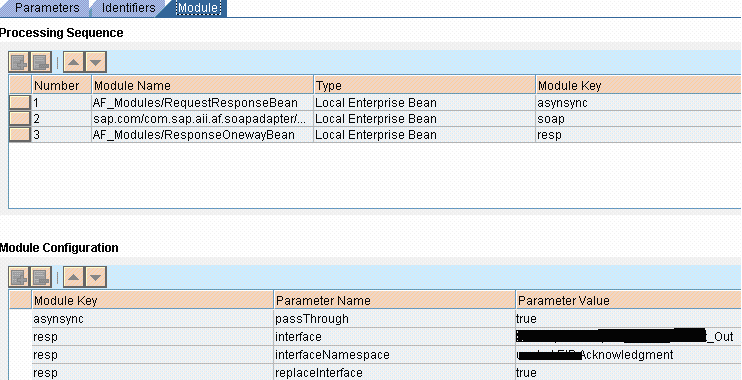 3) This configuration will post the response to the Scenario 2 . The scenario 2 should be configured as follows :

Sender Service and namespace– by default this would be receiver interface of Scenario 1.

This is over ridden here by the parameter replaceInterface in the receiver communication channel of  Scenario 1 as shown in the screenshot above to match the sender interface and namespace of Scenario 2. 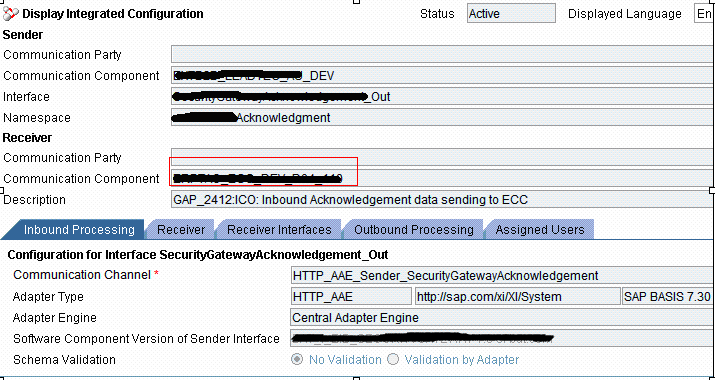 using the following parameters in receiver communication channel of Scenario 1.

Thanks Subhro for this descriptive article. Out of curiosity, I tried this in PI 7.11 and did exactly the same configuration, But I am getting an error in SOAP receiver channel -

Do you know what could be the reason here.

Please advice me and correct me.

Idoc will be same for sending and receiving data

1. Idoc is imported from ECC.

2. External Definitions are developed from the WSDL definition of third party.

Please advice further how to use request response bean to  make this scenario synchronous.

I want that Idoc should trigger with input of Soap Response and post the information in SAP.