Henslowe: The natural condition is one of insurmountable obstacles on the road to imminent disaster.

Fennyman: So what can you do?

Henslowe: Nothing! Strangely enough it all turns out fine.

The exchange above from “Shakespeare in Love” always played in my head when I was asked; Alan, what is an Innojam? This is a question I’ve had to answer dozens of times in the last few months. I’ve sent links to videos, websites and blogs. I’ve attached pictures to tweets, SMS messages and e-mails. I’ve even occasionally decided to be “old school” and spend 10 minutes outlining in person or by phone the general principles of an Innojam to interested parties. In each case I couldn’t do any justice to the true nature of an Innojam. Although in hindsight, I must, like Henslowe, have generated a pretty convincing facsimile of a man with a full grasp of the facts, given that I convinced so many great people to get involved. 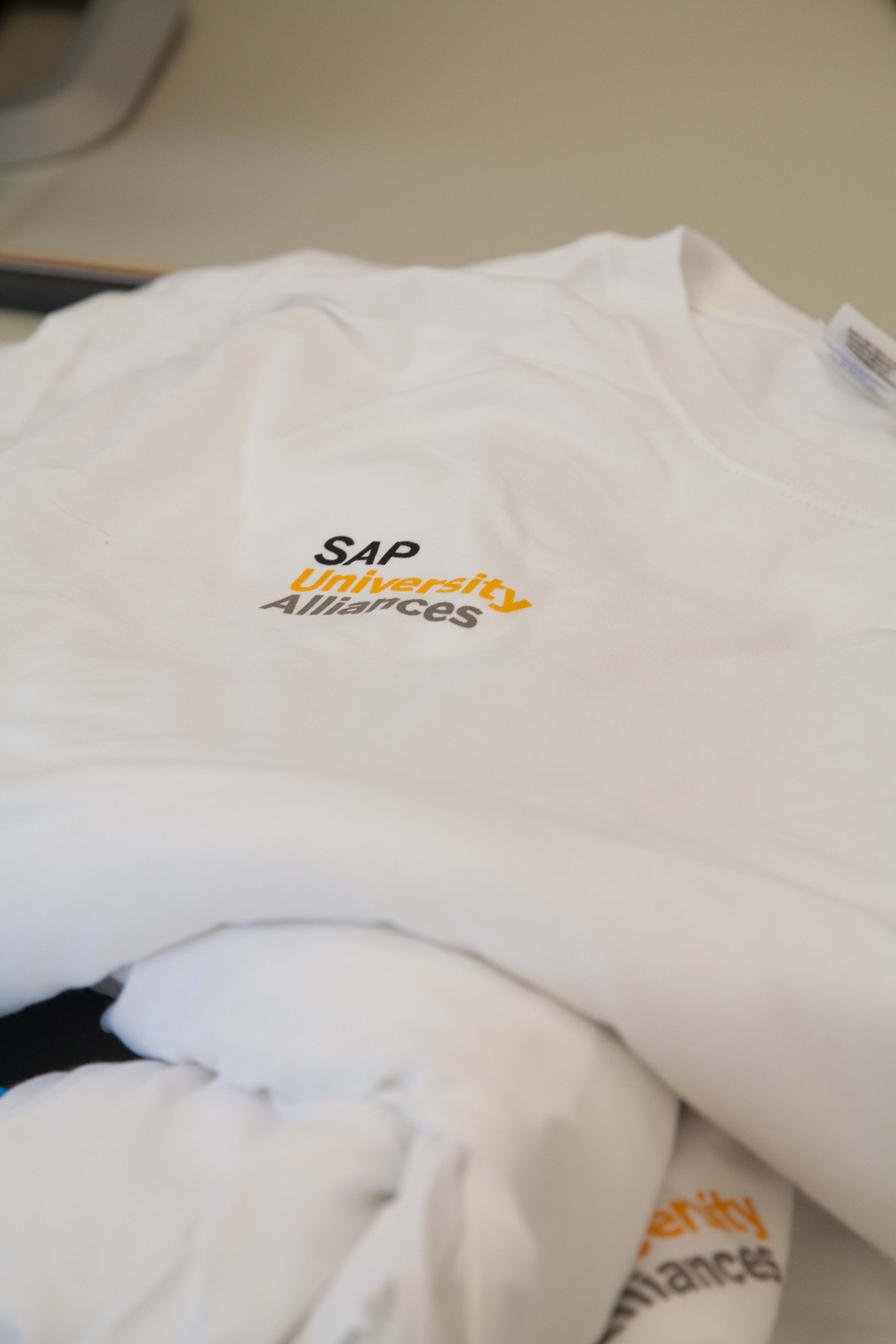 I have the privilege of working with the University Alliance (UA) team for UK & Ireland on a project basis to augment my coreresponsibility as a team manager in Active Global Support (AGS). It allows me get involved with a wide variety of initiatives that engage and recruit new graduates and undergraduate interns for SAP. So when SAP Ireland was looking for a signature event for the 70+ interns we hired this year and the UA team wanted to run a student event that involved multiple Irish 3rd level colleges, I was able to see both demands and suggested Innojam as the single ideal solution for both. Bright ideas aren’t enough however and I quickly found myself volunteered to organize the event. The videos, blogs and commentary all make participating in an Innojam look like a demanding emotional, technical, physical and personal challenge. Well, I can now confirm that the only difference between participating and organizing an Innojam is that the event is a sprint, but organizing one is a marathon. A terrifying marathon!

SAP can be a busy and chaotic environment at times with lots of programs and initiatives underway simultaneously, many of which criss-cross and overlap each other at times. Though frequently confusing and frustrating, what has always impressed me about SAP, is that when you ask for help to simplify things, it is always forthcoming. With a little research, a few e-mails and a couple of phone calls, the team in Development Evangelism (Yes!  We such a team) came to my aid. With a lot of experience in Demo-jam, Innojam, and Hack-athon delivery they set me on the right road. I quickly had a set-up guide for Innojam in my inbox, I was off and running confident I had a proven framework for success.  What I wasn’t confident of was my ability to fill-in the gaps.

From the outset I was keen to have a real world problem for the students to work on. Involving a customer with real data and real business needs was fundamental to demonstrate that SAP products really do “Make the World Run Better”. I reached out to a world class Fast Moving Consumer Goods(FMCG) customer based in Ireland. They took a little convincing but ultimately saw some potential in getting involved so they helped define the Innojam challenge around Social Media Sentiment Analysis and provided 6 months’ worth of data collected from Twitter, Google+ and Facebook.  So 2 months prior to the event I had a customer involved, a theme for the event and up to 70 willing students ready to stay up all night with no idea of what was expected of them. They needed help.Diving back into SAP Ireland again I wasn’t disappointed with response to my call for help for Technology and Design Thinking Mentors.  I couldn’t believe my luck when I got a lot of interest and help from the SAP Ecosystem with SAP mentors and partners volunteering their time and expertise. My original terror about arranging thisevent started to ease into a giddy anticipation of what was coming together.

The final 3 weeks in the run up to the event are a blur of stationary, food, T-shirt orders, drop outs, opt-ins, team selections, room preparations, and final confirmations that yes, I was serious when I said “this is an overnight event”. There was a lot of concern that the choice of technology was a match for the nature of the challenge. We were worried that the dataset was big enough to qualify as a “big-data” challenge. I questioned if we have enough development interns in each team? I fell asleep at night going through checklists of things still outstanding and I woke in the wee hours panicked by the thought I’d forgotten something important.

By 8pm on the night before the event surveying the rooms set up by our facilities team I still wasn’t confident that I’d done as much as I could. It wasn’t until 10am the following morning when the room was crackling with creative energy that I realized the only thing I had missed was, belief. A  belief, that great colleagues, brilliant partners, amazing customers and willing interns are capable of overcoming “insurmountable obstacles” and
laughing in the face of “imminent disaster” by sharing their unique experiences and creating new combined ones. I now know too there is no “mystery” to how they do it. Nobody had told them they couldn’t! We set them a challenge, gave them the tools and the space to innovate and then got out of their way everything else after that was combination of great people with great attitudes. 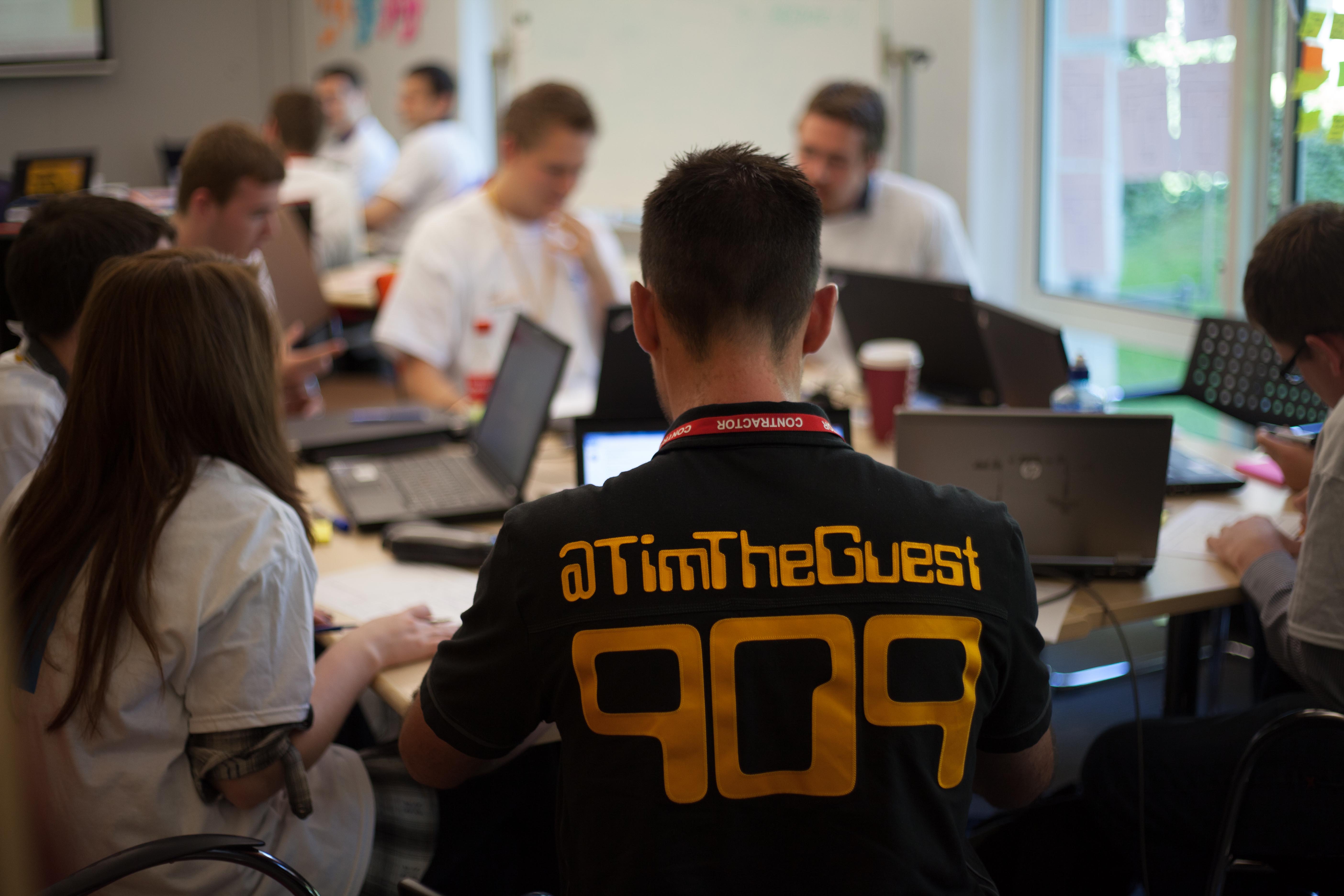 So Alan, What is an Innojam?

Well it’s a lot of work but as we say in Ireland, it’s great Craic!