HIV prevalence around the world

At the end of 2011, an estimated 34 million people were living with HIV worldwide, with two-thirds of them living in sub-Saharan Africa. The number of people dying of AIDS-related causes fell to 1.7 million in 2011, down from a peak of 2.2 million in the mid-2000s; in 2012 alone 700,000 AIDS related deaths were averted.

It is estimated that at least 8 million people in low- and middle-income countries are currently receiving HIV treatment, reflecting an increase of 63 percent from 2009 to 2011. Ten low- and middle-income countries (including Cambodia, Rwanda, Swaziland, Zambia and Namibia, among others) have achieved universal access, defined as extending coverage to at least 80 percent of those in need of treatment.International efforts as channeled through the Global Fund have been critical; by end 2012 Global Fund-supported programs had provided 1.7million HIV-positive pregnant women with treatment to prevent transmission to theirchildren, 250 million HIV testing and counseling sessions, the purchase and distribution of 4.2 billion condoms, and more than 19 million basic care and support services have been provided.

I have collected the data of HIV prevalence in all the countries for the last 35 years and tried to analyze the data.

You can see the HIV prevalence all over the world with more cases in African countries. 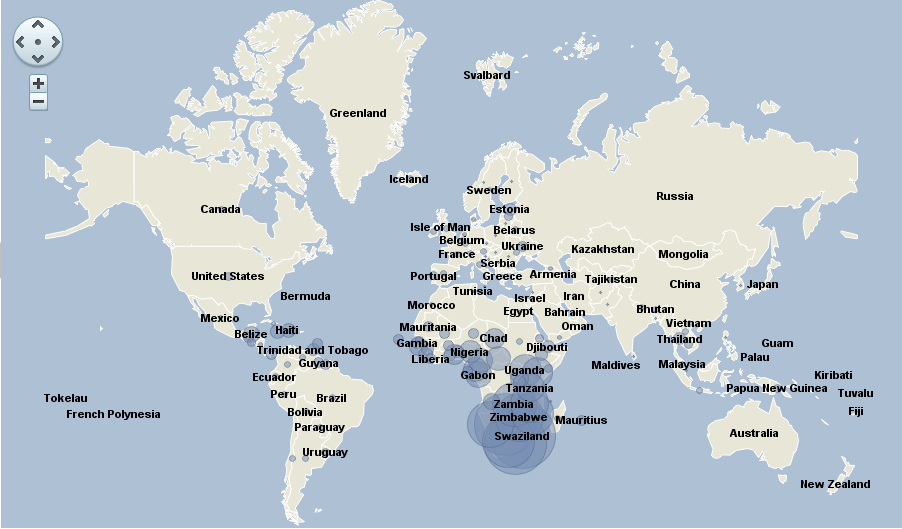 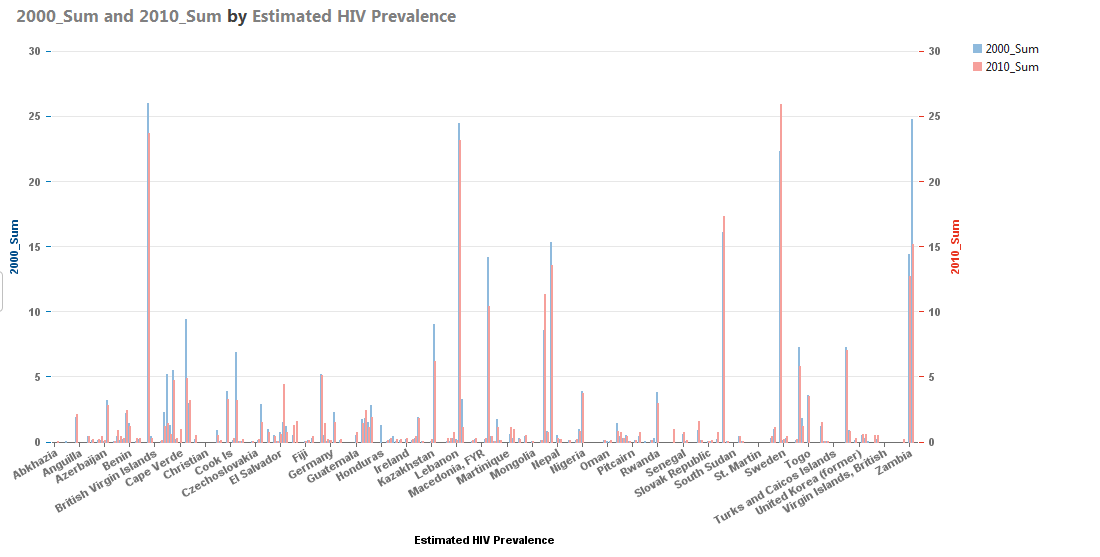 With SAP Lumira it is very easy to build the charts in different perspectives with the data we have. 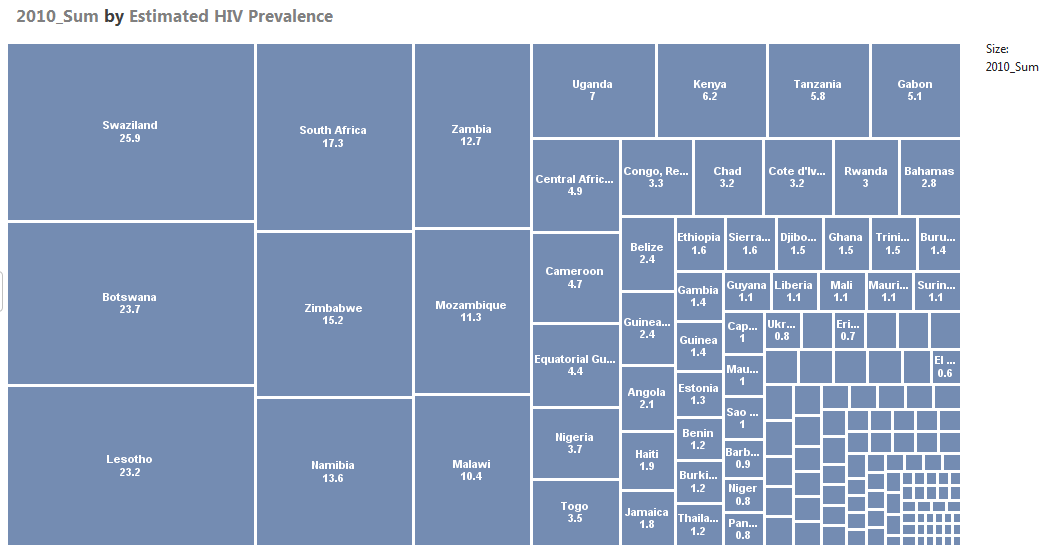 Thirty years after AIDS was first reported, HIV continues to spread. However, HIV continues to spread – in 2011, 2.5 million people were newly infected with HIV. Although this number remains sobering, it is also important to note that 25 countries have seen their numbers of new infections drop by 50 percent or more, and that half of the infections averted worldwide were among newborns, demonstrating that it is possible to eliminate new infections in children.

PREVENTION IS BETTER THAN CURE

first of all.. thanks for writing and letting know about the facts !!!

just want to know where you got the data from?

I have collected the data from http://catalog.data.gov//dataset

ok.. thanks.. you have provided good information in your blog.