Brands, Businesses, People Don’t Get Social Media Because It Gets Them

Some brands, businesses and people not only love social media; they thrive in it. Others say they don’t get it or they don’t have time for it. 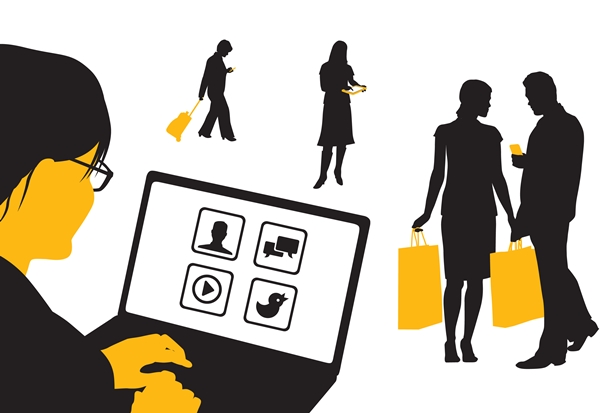 The ones who thrive in social media enjoy and leverage its reach. The ones who don’t get it hate others’ reach into their space.

That space is one of three critical parameters that enable companies to thrive on social media.

Social media’s concept of openly collaborating with a wide range of people does not only happen outside the organization. It has already reached inside few organizations via enterprise social networking tools, such as SAP Jam and Yammer.

These Web-based platforms help employees collaborate with each other across the enterprise, breaking down barriers and silos. And the global enterprise social networking software market will grow at a CAGR of 51.94 percent between 2012 and 2016, according to Research and Markets.

On New Year’s day 2010, three Coca-Cola ambassadors in their 20s set out on their Expedition 206 campaign and achieved the strongest global marketing integration ever. They visited 206 countries over 365 days to “generate happiness” — and they published it on social networks, enabling 3,500 Coca-Cola marketers around the world to leverage and run local programs.

2. Focus: Social media is timeless, so don’t be short-sighted.

Social media is the new e-mail and much more! Imagine building a brand, running a business and leading people without e-mail.

Social media just made it harder — or easier, depending on your position and intent. Social media programs cannot only be about interactions; they are also about business and brand direction, as well as validation and continuous value creation.

Companies such as Coca-Cola turned their corporate Web page into a digital magazine with opinions, infographics and stories from fans, opening their organizational boundaries to co-created content and customer programs.

“Without change, something sleeps inside us and seldom awakens,” sci-fi author Frank Herbert once said. “The sleeper must awaken.”

Social media does precisely this; it awakens the company-customer ecosystem.

With the rise of Customer Experience Management, current social media team members can play a key role in customer behavior programs. The experience of mobilizing and leveraging masses outside and inside the company gives an edge to the social media team in terms of picking up new trends across opportunities, sale, service and customer satisfaction.

It’s inevitable, so why evade it?

Culture has emerged as a core competitive differentiator. It has a multiplier effect in usefulness and efficiency in todays’ socially connected world.

Old-fashioned companies with a command and control mindset can be exposed by aggressive campaigns from competitors, customers and arbitrators. When that happens, it’s difficult for those companies plan a response — especially in panic mode.

So get social media before it gets you.