Here goes my story for the The Data Geek Challenge

Being the longest format of the game, which “Tests” the real character of a sportsman, i was curious to get my hands on the statistical data.

I started by collecting data here which has statistical information from 15 Mar 1877 till 09 Aug 2013.

With little tweak, SAP Visual Intelligence provided a whole bunch of options for me to play with !!

Here are the visualizations :

First up, the tag cloud representation for the number of players representing each country! 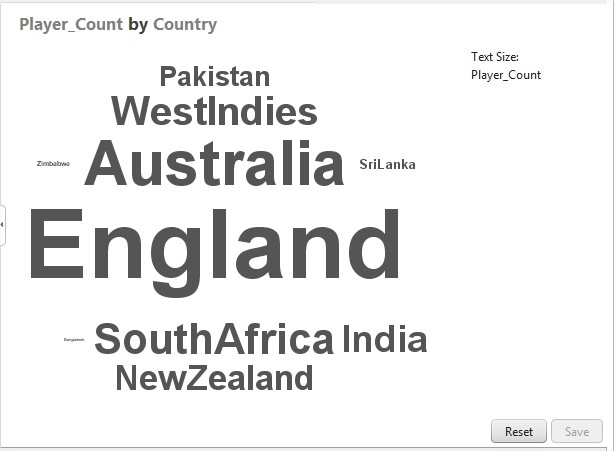 Clearly England and Australia are the teams to play most number of matches..

I felt it would be great analyzing the data acquired based on the game itself:

Starting with Batting, here are few interesting numbers and representations of the same :

The batting average has big names who hold wonderful records and with SAP Visual Intelligence its a great way to have things organized. Below is the centuries scored by players (filtered by more than 30) grouped by the number of matches played and the country they belong. 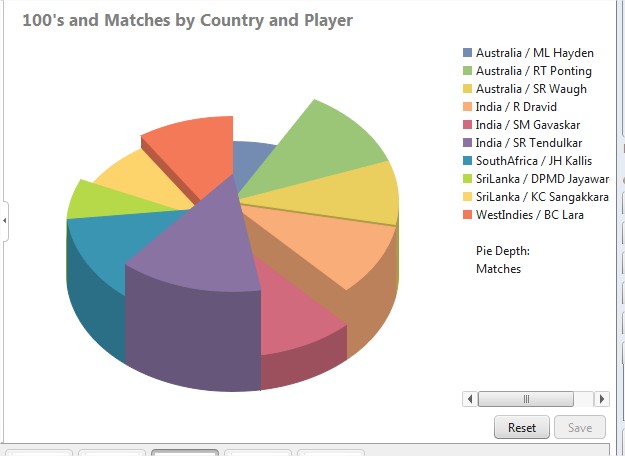 And now onto the Bowling, the visualization below shows the 5 wicket hauls by players along side the number of matches played. Yet again these amazing numbers are clearly visualized. 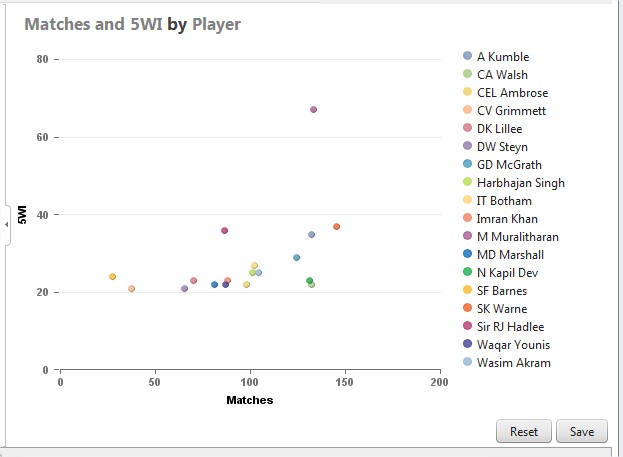 The representation below shows the top wicket takers and their bowling averages. 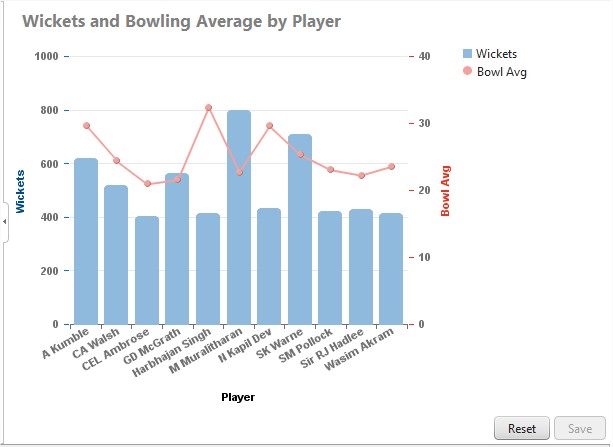 And now the top best bowling figures grouped by country. 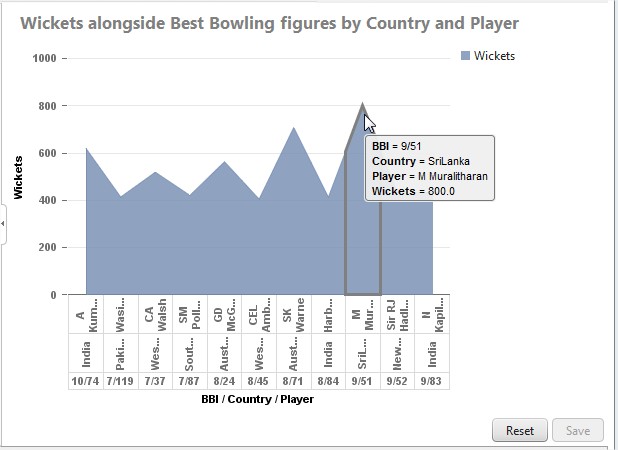 Finally, the fielding and wicket keeping, the tree map below visualizes the most number of catches by players. 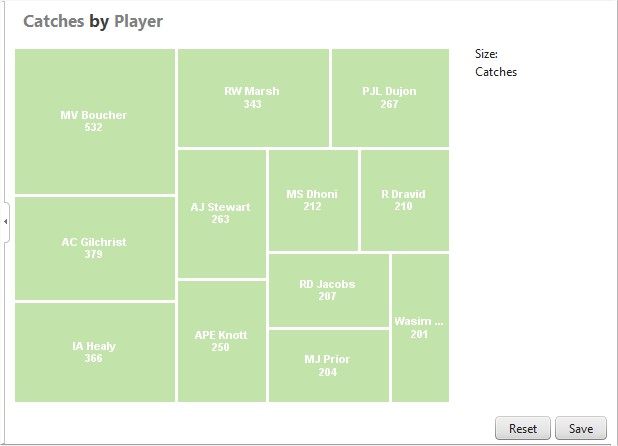 And for wicket keeping the plot below groups the stumpings made and matches played which clearly gives us a clear picture of who grabbed the most number of stumping chances. 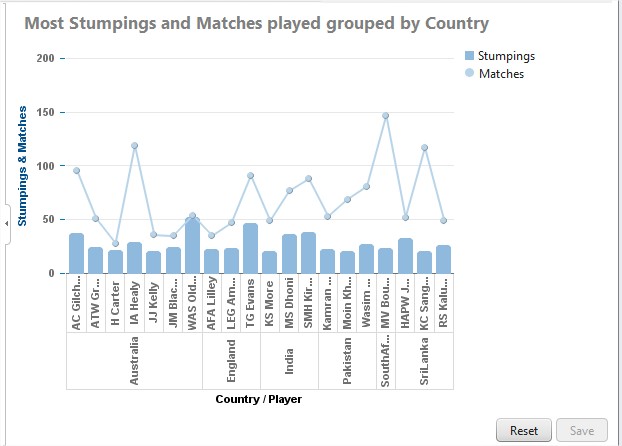