Are VCs Losing Their Interest in Social – Or Is It Just You?

I saw this piece today on Pando and had to stop whatever it was I was doing for a full read.  To be fair, one data point doesn’t constitute a trend line.  And as of today I haven’t seen any other research to corroborate or refute this.  But if this perspective does represent a shift in the nature of funding for the Social market, what does it mean for those of us who operate in this space?

Being neither an investor nor an entrepreneur, I’ll admit my perspectives may not be perfect – but I’ve arrived at a different conclusion.

VCs MAY be shying on Social Media because of structural problems that define the relationships between the Social Media networks and their ecosystem partners (the VC-funded orgs).

I first noticed it four years ago when logging into a travel booking site.  I was told that rather than creating an account, I could use my Facebook credentials.  I thought to myself, “Why on earth would [INSERT TRAVEL SITE HERE] want to let Facebook control their user credentials?”  Then I saw it more and more – small web sites were passing identity management ownership to Facebook, Twitter, and G+.  (As well as AOL for some reason… I’m looking at you, Apple iTunes.)

Then we saw a rush of new Twitter clients.  They were good – arguably better than anything coming out of Twitter.  Arguably sufficiently better to be a threat.  Almost immediately Twitter changed the rules around APIs, client development, and partnerships.  It was a bloodbath for those small (VC-backed) companies.  More recently we’ve seen gyrations around intra-social media network cooperation for the same reasons.

VCs were reminded of something they learned ages ago…and so were the funded entrepreneurs: it’s difficult to have a sustainable business model if you’re living in the shadows of someone else’s ecosystem.  Perhaps it starts with simply using the login credentials of G+, Twitter, or Facebook.  Or perhaps you build a widget for YouTube, or a ‘neat little client’ for Twitter.

But here’s the problem – you’ve already surrendered too much of your business to your ‘partner’ if you start there.  We saw Twitter turn their community of client developers into a ghost town by denying them oxygen (in the form of API throttling and caps.)  We’ve seen YouTube look to their own partner community and say “Hey- that’s a nifty little add-on for YouTube that small company has there…perhaps we should just build that into our own account management tools ourselves.”

Those of us who have done time in the trenches of B2B software over the years know that it’s insanely risky to build in another company’s ecosystem.  Perhaps you build an inventory control enhancement for their ERP system.  Or perhaps you write a report writer for their HR solution.  In any case – and no matter how good your offering is – the vendor who OWNS that ecosystem is watching what you’re doing and using you as a proxy to determine if they should just offer that feature themselves.  If you’re great – and demonstrate there is a market…your entire company just became a ‘feature’ of their next ‘dot whatever’ release.  And if you risk upsetting their business model, they can simply turn off your API.  (Ahem, Google… about that whole Windows Phone YouTube client kerfuffle?  Not cool.)

And THAT, ladies and gentlemen is where I wind up after reading this report.  It’s NOT that VCs have suddenly lost interest in Social Media.  It’s not that they don’t believe Social will continue to change the face of B2B and B2C interactions on the web.  It’s just that the community of software developers in their portfolios have them too nervous about the business upside.  If you build a fantastic Facebook ad-posting utility, or Pinterest follower engagement tool, your very survival is based on Facebook and Pinterest agreeing every single day that YOU should keep doing that, instead of their doing that.  It’s a big gamble.  And ironically, the harder you work, and the better your product is, and the more attention you draw to your great little Social Media solution…the less likely that those who run your ecosystem will let you continue to do it on your own.

Might Facebook simply BUYsuch a company?  Possibly – it’s certainly not without precedence.  But I can’t imagine those negotiations going especially well for the VC-backed company.  Which side has the power around that boardroom table?

VCs know the score.  They are REALLY good at what they do.  That’s why they drive Teslas and ride their Cannondale Super Six Evo Ultimate road bikes down Arastradero Road like they own the place.  (Clue: It’s because they do.)

So it’s not that VCs have lost confidence in Social Media.  Quite the contrary, I expect.  They have lost faith in entrepreneurs who don’t understand how they are going to (sustainably) make money in the Social Media space if they are trapped in someone else’s ecosystem.

A piece like this begs for full disclosure.  SAP is very active in the Social Media space – from analytics to social service to social collaboration.  And it wouldn’t surprise me at all if SAP has ‘venture like’ investments in companies in this space. 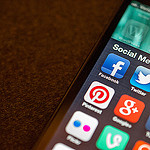