Last week when I saw data geek challenge, I was not much aware about it. Later, I read the blog at http://scn.sap.com/docs/DOC-42585 and since then was crazy about this tool called SAP Predictive Analysis.

As I am from agricultural background and I like researching on it, I choose this dataset for this blog. In this blog, I will be analyzing the Crop Production Statistics in India from 1998 to 2003 in various ways. I have taken dataset from Data Portal.

Before we start actual analysis, let me ask some question.

Which crop production was highest in India from 1998 to 2003? Why Sugar was leading in exporting compared to Rice?  How was the Potato production happening in India in early 2000?

To answer these questions we can use SAP Predictive analysis tool and simply upload data using any of the below data source. In my example,  I will be using data source in CSV format. 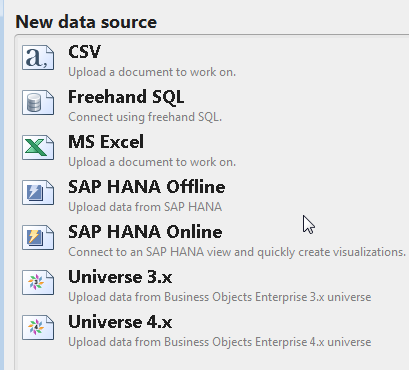 Define some attributes as measures. Drag measure on Y-Axis and then some other fields on X-axis and then select different views, graphs, pie-charts etc. and do your analysis. 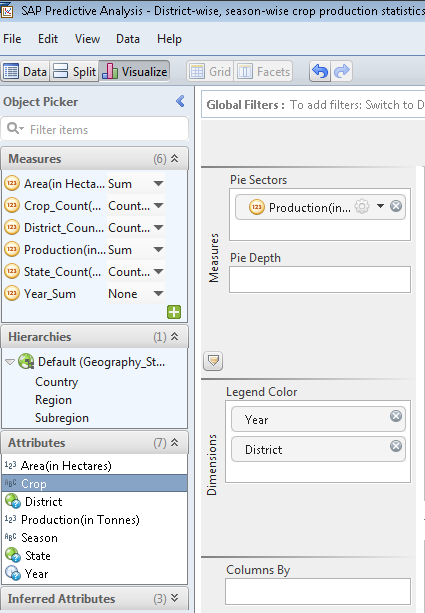 Following screenshot provides answer to all above questions. 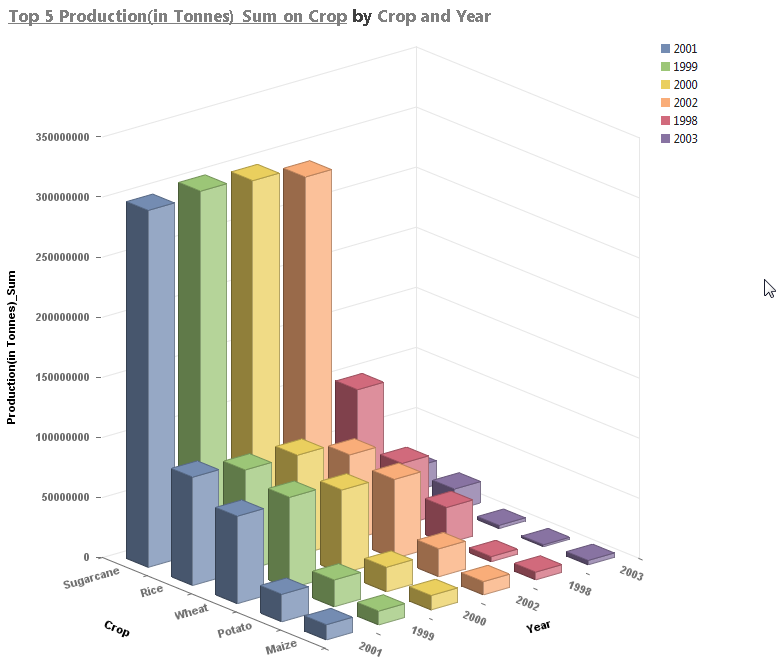 Scenario 1: District, Season and Crop wise Production in India where state is Gujarat

Gujarat being very popular in terms of growth in India from last 5-6 years, I thought let’s find out which district in Gujarat produces which crop and in which season. Based on below screenshot we can see that Surat is leading for Sugarcane not only in particular season but throughout the year. 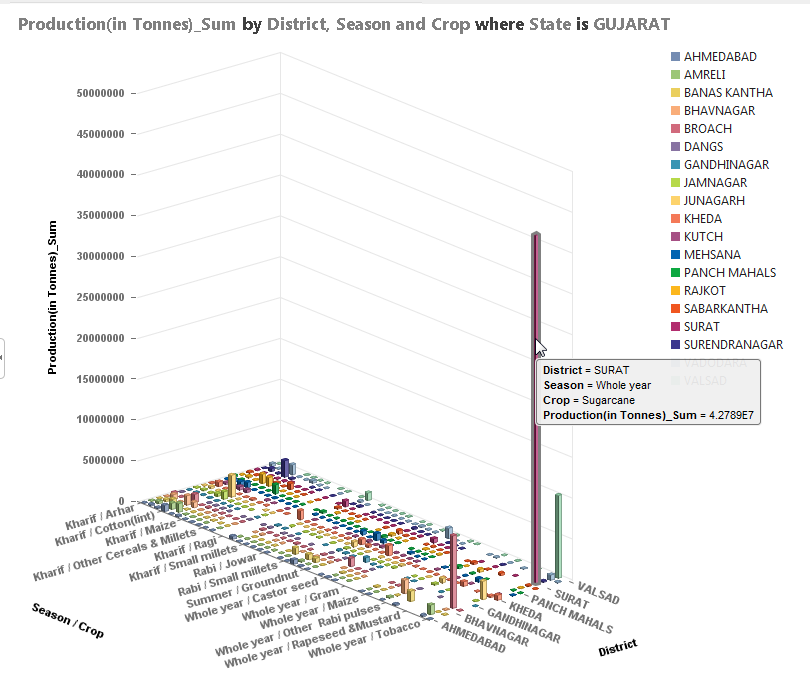 Scenario 2: District wise Crop Production in India where state is Maharashtra ( from year 1999 to 2003)

How was the crop production in various districts in Maharashtra state? To answer this question we can select Production on Y axis and put Districts on X Axis first. Then filter the States to Maharashtra only.

From below screenshot we can easily identify that Kolhapur District is ahead of all other districts in Maharashtra and that’s why it’s one of the richest district in state. 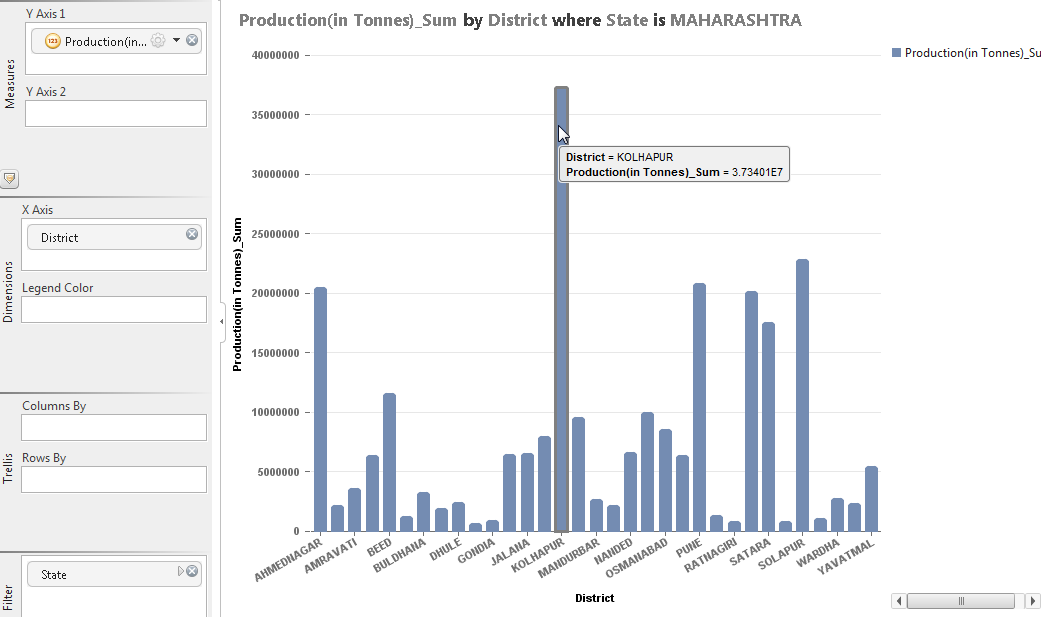 Which state produces maximum rice in India?  Below screenshot clearly depicts that Andhra Pradesh is leading in producing rice. 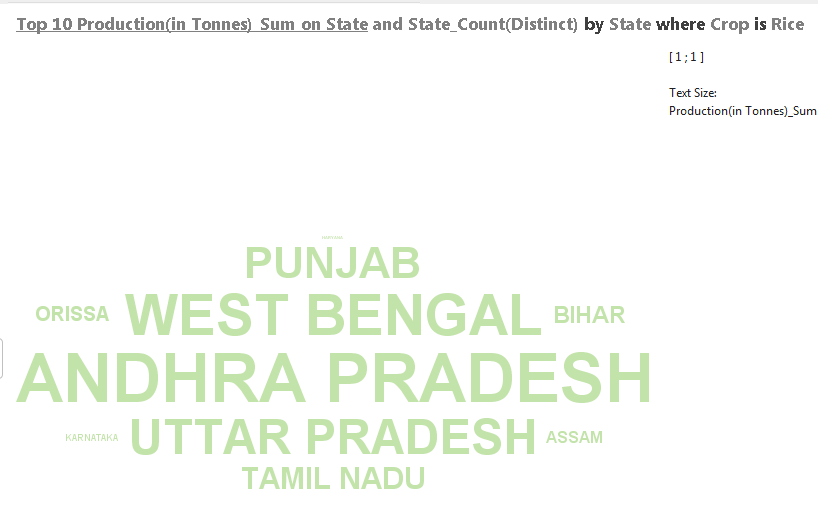 Same result can be viewed in different format as shown below. 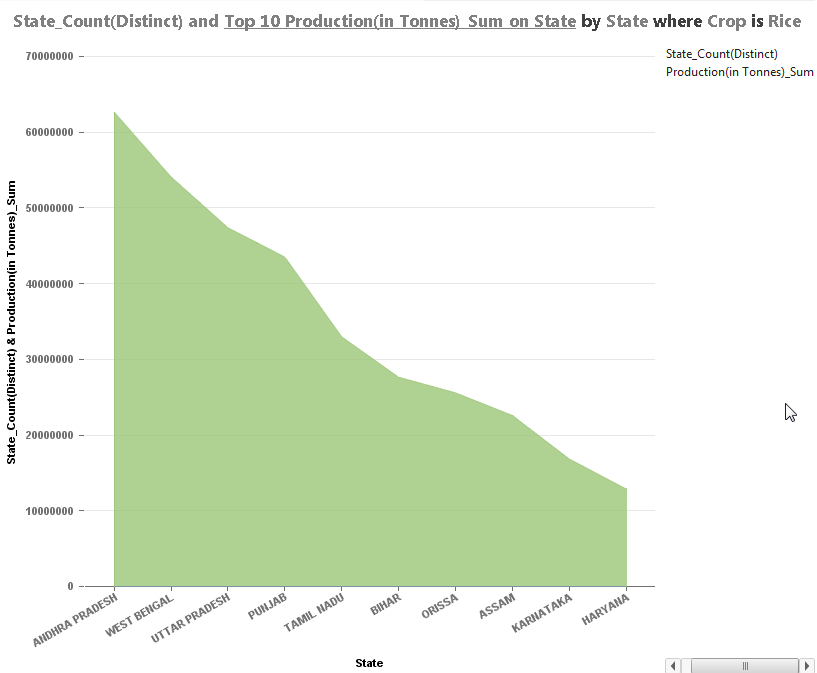 SAP Predictive analysis also provides a feature where  we can do data analysis based on geographical format. Following screen depicts district wise crop production in Maharashtra State in India. 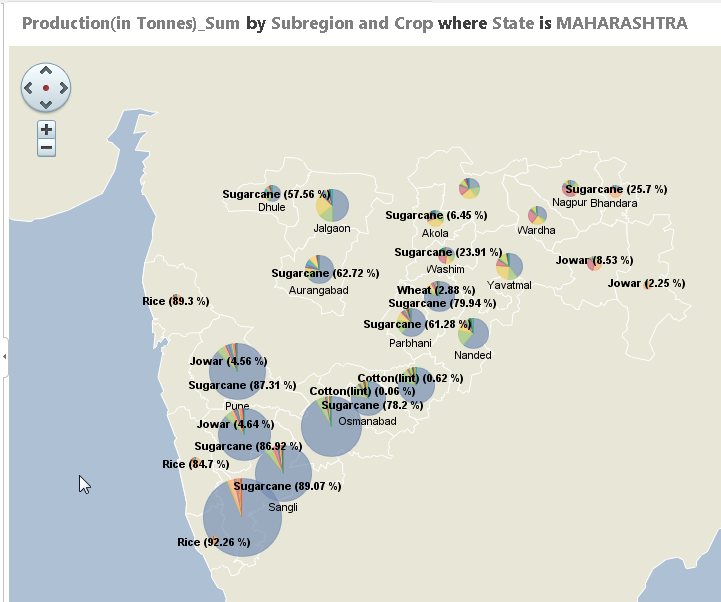 Similarly we can have data analysis in pie chart format. Following screen shot depicts year wise Crop Production in Maharashtra State in India. Below analysis is limited to year 1998 to 1999. 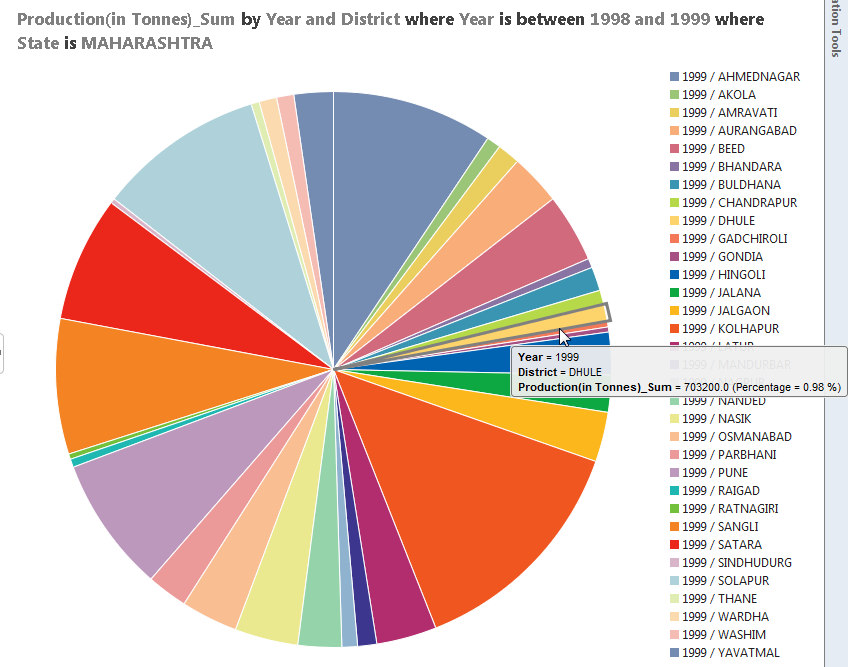 One important point: Till this point we were just doing the analysis of available data in various formats such as Graph, 3D views, Pie Charts, Geographical view etc. but SAP Predictive  Analysis also provide option to predict results based on data. Due to technical problems I could not explore more on it.

Once that technical problem is resolved I will try to update this blog further.

Note: This is just one simple example and does not demonstrate all the functionality available in SAP Predictive Analysis tool.

I hope you like this blog and look forward for your comments and suggestions.

Thanks for sharing it.

Thanks for sharing it.

Thanks for appreciating this blog Suseelan Hari! 🙂

You are welcome! Its my great pleasure to motivate ppl like you. 😆

Have a fruitful day!

Be sure to check us out, and keep sending those great visualizations!!