SBOP Dashboards 4 can now have one or more embedded 3D viewers to show models of products or plants or processes. Those models can be
used to choose a part or assembly, or collection of parts, to drive the analytic processing in the Dashboards. The application can also express the
analytic results as colors, visibilities, opacities, and animations right inside the 3D Scene.

Version 2 of the SAP Visual Enterprise Dashboards Add-On became available in July 2013. It adds the capabilities to drive animations, as
well as to run queries inside the 3D model. In addition, this version greatly increases the ease of programming by providing defined configurations. 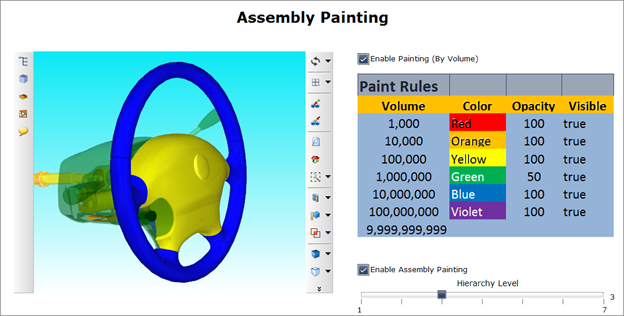 The Dashboard can now take queries defined in the spreadsheet, or imported from databases, and execute them in the 3D scene. In this example, a user has chosen the “Main Shaft”. The VE Query colors the chosen part in teal and then computes which parts are in contact with the chosen part. Those contacting parts are then colored fuchsia. The application is interactive allowing a user to choose new parts to see any contacting parts. At all times, the user  can rotate the scene, hide parts, take the assembly apart, add a cutting plane, zoom, or access the bill-of-material for the assembly.

A major change was made to ease of use in Version 2 of the Dashboards Add-On. Now a user can save selected parts to multiple registers, for use in database queries or the spreadsheet. We also support configurations for the painting rules so that different rules can apply to diverse properties
of the objects in the scene. In addition, annotations generated by the viewer can change also with configurations. Here we are in the “Check In Date” configuration. 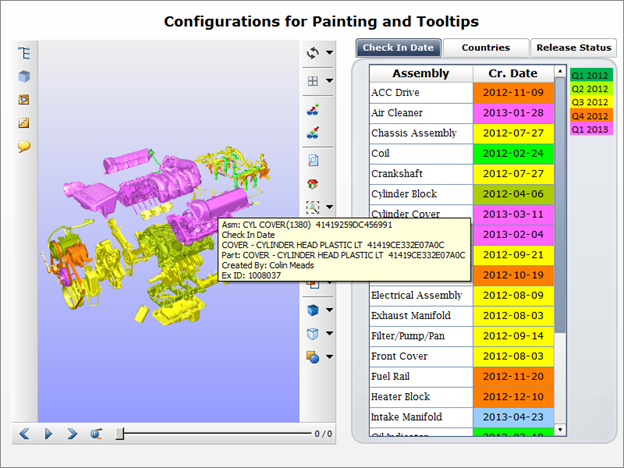 Here we see an “exploded” automobile engine where the sub-assemblies are colored according to the date of creation. The legend on the right shows the dates from Q1 2012.

Choosing an assembly by name on the right, selects that object in the scene. 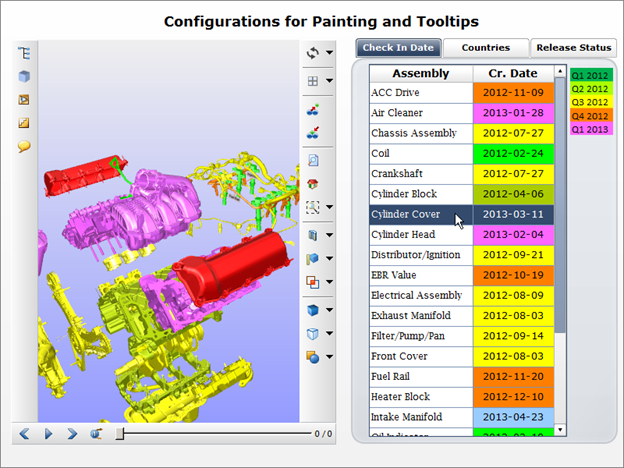 Switching to the “Countries” configuration we color the assemblies now by Country. 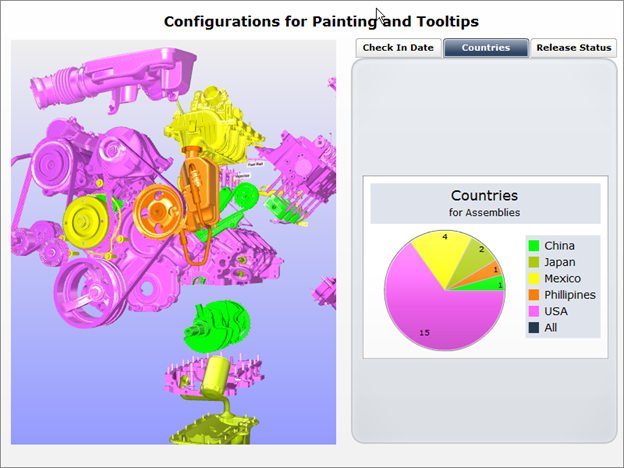 If we select one Country in the Pie Chart or its legend, we isolate those assemblies by making only one painting rule apply at a time. The non-matching parts are then drawn in grey. 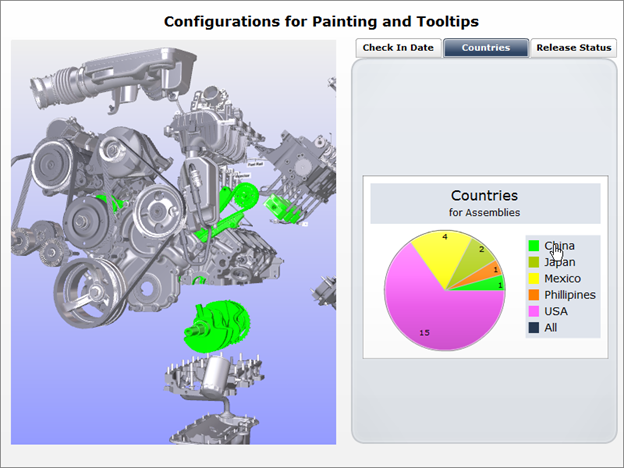 The third configuration “Release Status” is showing the Approved parts in light blue, along with the others again in grey. Note how the tooltips are sensitive to the configuration in force. Developers are free to create and manipulate configurations to make 3D Models very expressive in Dashboards. 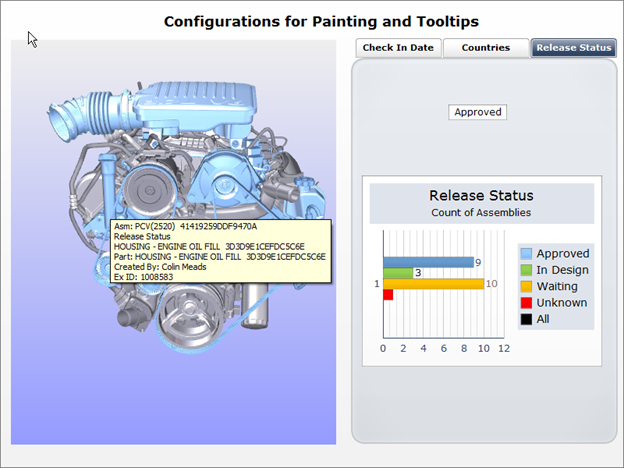 The new Dashboards Add-On brings access to model queries, animations, and configurations – all of which make it easier to use and far
more expressive, helping us use 3D for enabling business and for improving our understanding of products plants, and processes.