There will be different business requirements that to display a report in hierarchical manner and in the same way business need Spend reports with the Navigation hierarchies to display in the same tab page rather than opening in new tab.

For ex: We have created a navigation hierarchy using the Time dimension or we are using the standard “Time Dimension” hierarchy in any report. Once we drill down to different levels we are able to see the drilldown details in the same tab page. 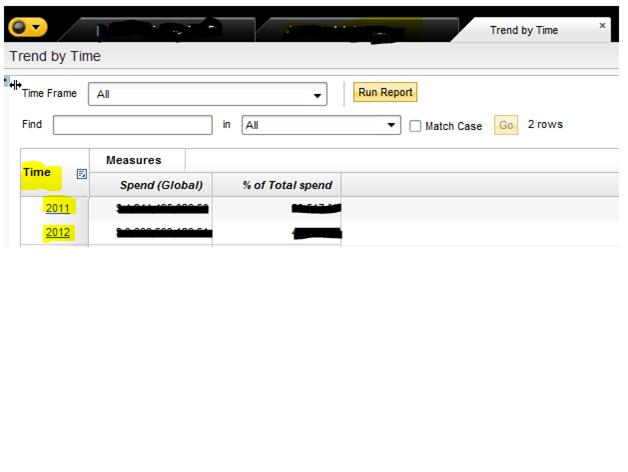 Now If we drilldown the report further on Year 2011 we are able to see further details in the same tab page. 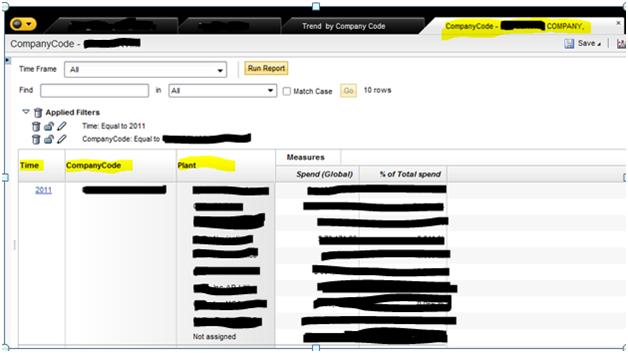 The reason for opening in new tab is the Company code and the Plant are not created as Grouping Dimension.The drilldown of Navigation hierarchy object will open the reports in the same tab page when we have created the hierarchical dimensions under group dimension. If there is no grouping of dimensions then the report will get opened in another tab page but will not display the report unless we click “Run Report” push button manually.