Managing Beer Velocity in the Cloud 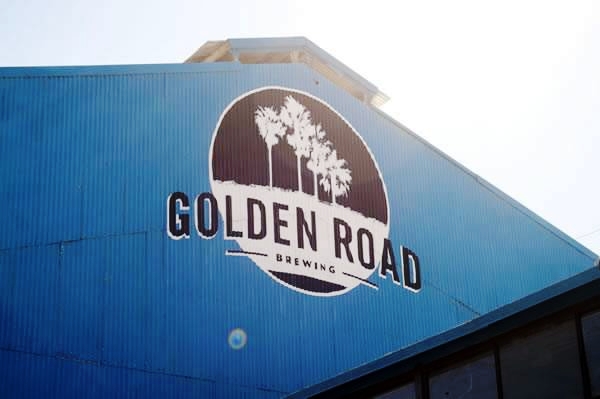 A recent article in Inc. about Golden Road Brewing recently caught our attention. Golden Road, based in Los Angeles, is a great story because:

Golden Road considers itself a start-up, but don’t expect them to be in that mode too much longer. They are investing for growth with a cloud based solution from SAP and OrchestratedBEER. We had the opportunity to talk with Gill and GM Paul Burgis about starting up a craft brewery, a few challenges and how they are taking their beer to the next level.

Meg saw “a small booming industry that had so much passion and great flavor behind it, but very little infrastructure to handle the growth.” So she brought in Burgis to help do something unique in craft brewing: leverage technology as an enabler.

“We have turned this little start-up into a real business,” Gill said. Golden Road expects to produce 18,000 barrels of beer in 2013, which might be the most volume of any start-up craft brewer in only its second year.

But hops and water will only get you so far.

“You need creativity and dedication to make great beer,” Gill said. “This should be balanced with infrastructure and systems to make it a sustainable business.” 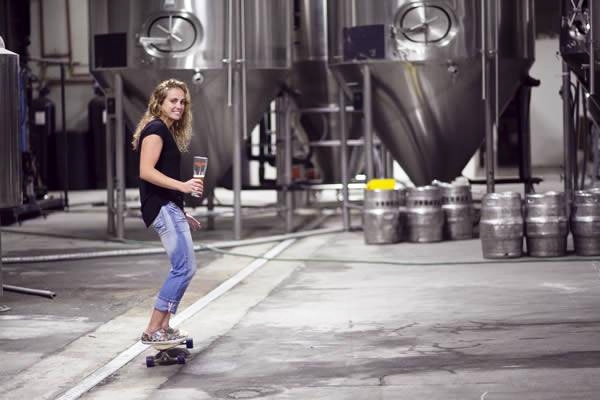 Small and medium businesses (SMBs) face many challenges when it comes to basic infrastructure. Many times, spreadsheets are the only answer for running the business (inventory management, production schedules or sales process). As a result, manual reports proliferate and they are tough to manage and consolidate.

When Burgis joined the team, he found there were no servers or data management system in place. He felt that establishing a simple technology strategy to set up the mission critical systems was crucial. Golden Road is also installing systems that large or established businesses take for granted, such as ERP.

“Beer tastes better when it is local because it is being delivered fresh from the source,” she said.

Beer velocity is about keeping fresh beer on the shelf — a tightrope that impacts production, distribution and customer satisfaction. Gill makes a face when she hears that Golden Road IPA has been on the shelf longer than a few weeks. This gets especially tricky for a start-up craft brewery growing as quickly as Golden Road, which adds new points of distribution daily.

Speed and agility are crucial. Running on the cloud enables Golden Road’s management team to gain transparency into the business. Systems can help achieve a single version of the truth — and real-time answers to questions such as:

“With the right systems in place,” Burgis said, “you have the opportunity to remove inefficiencies.”

Receiving an order used to mean someone had to manually figure out what was needed for raw materials, packaging, etc. Now it means someone plugs in the numbers, and the system maps out each process: what, how much and when to buy.

Golden Road keeps costs low, manages its inventory better, delivers a fresh product and forecasts more accurately. Without technology, none of this would be possible. Costco recently asked Golden Road for 6,500 cases of its flagship Point the Way IPA — with a lead time of only four weeks! Many craft brew masters might react with “hops shock,” and then turn down such a request.

“Because of our ability to see into the brewery, we were able to meet the Costco delivery schedule,” Gill said.

Golden Road was able to shift production schedules, assign distributors, and make raw material deliveries “on the fly” to meet the requirements.

Cloud Is the Future

Start-ups and small business do not have large IT resources or a lot of time to manage technology projects. Yet they may need to be up and running in days or weeks, not months — and the hardest part might be training the staff and gaining buy-in.

A cloud solution enabled Golden Road to make the investment needed in an ERP system without breaking the bank. Having all of your data management systems on the cloud lets you access information anytime, anyplace and on any device.

In short, it helps you run better.

You might even consolidate financials at your favorite craft beer bar over the weekend. Welcome to the world of beer and start-ups!

As you can see, it takes drive and dedication to succeed as a craft brewer, but that only goes so far. Technology can help create a sustainable business, as it clearly enabled Golden Road’s early success. With the “Fresh beer sells” mantra, the company continues to expand its distribution points in the greater LA market. As more and more Southern Californians experience Golden Road’s brews, the company will be able to respond with increased capacity.

This leaves us East coast residents a bit jealous, wishing and waiting …