Mastering the Data Geek Challenge with iPad and “cloudy” Lumira

Having decided to join the Data Geek Challenge was easy but I forgot that compiling a blog post was also part of the challenge 😉 Anyway, here’s my approach.

The following key points needed to be answered first:

Let’s go and hands on the tool:

The 1st screenshot shows the “Explore” tab of SAP Lumira. I have filtered some countries and have chosen a trend chart: The 2nd screenshot shows the “Analyze” tab. Here I fine-tuned the chart. 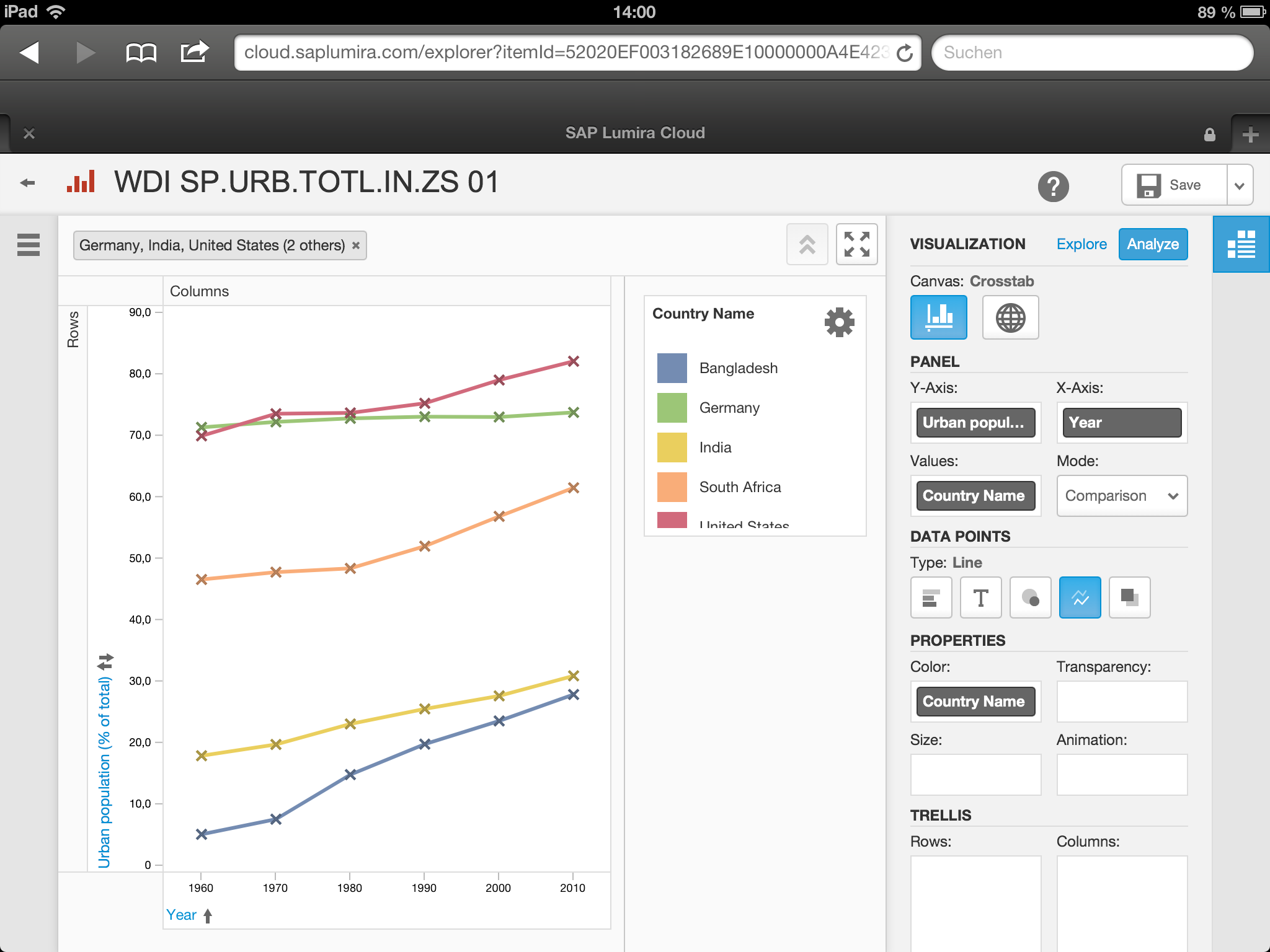 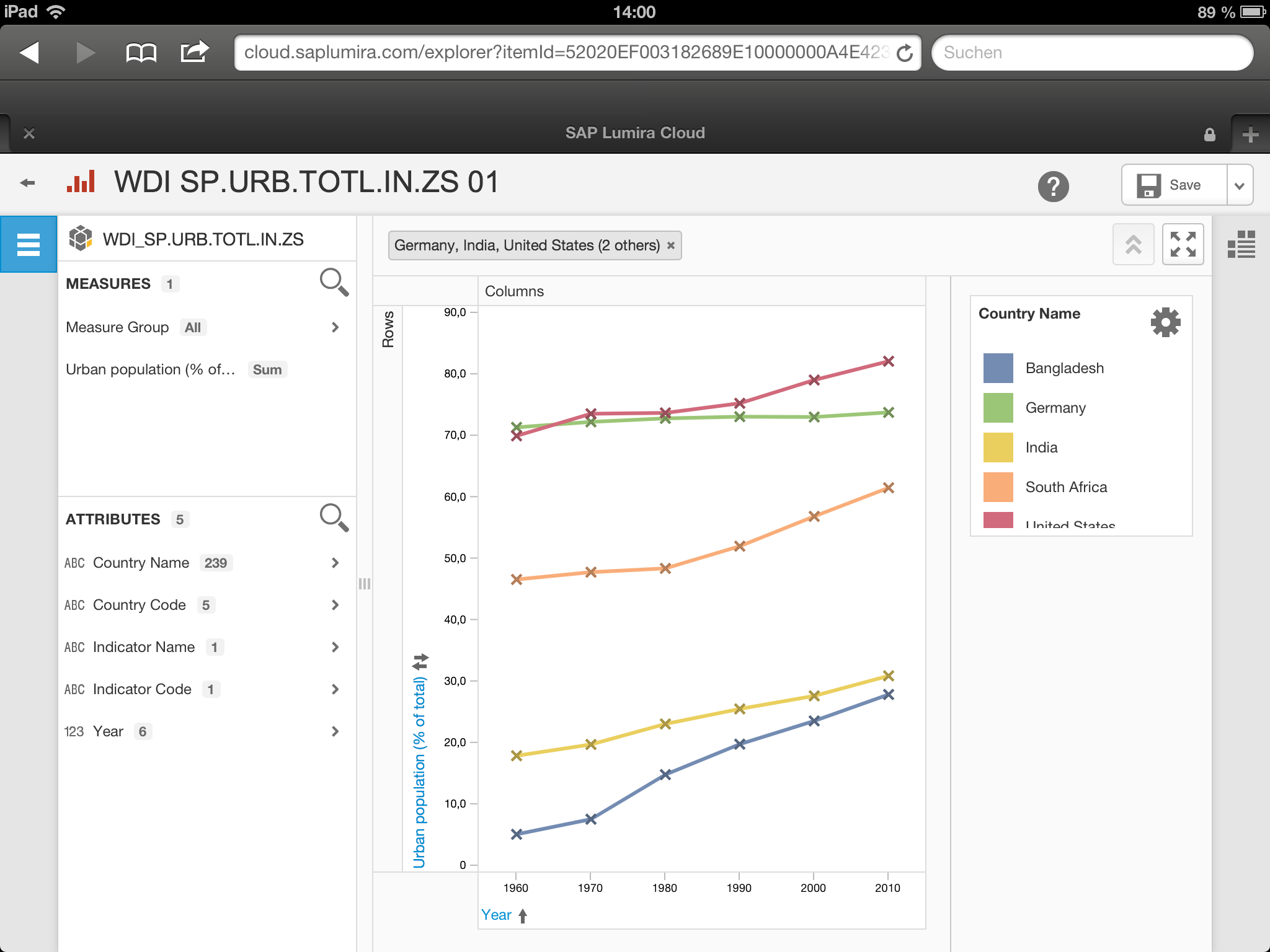 The 4th screenshot shows the same data visualized with a stacked bar chart: 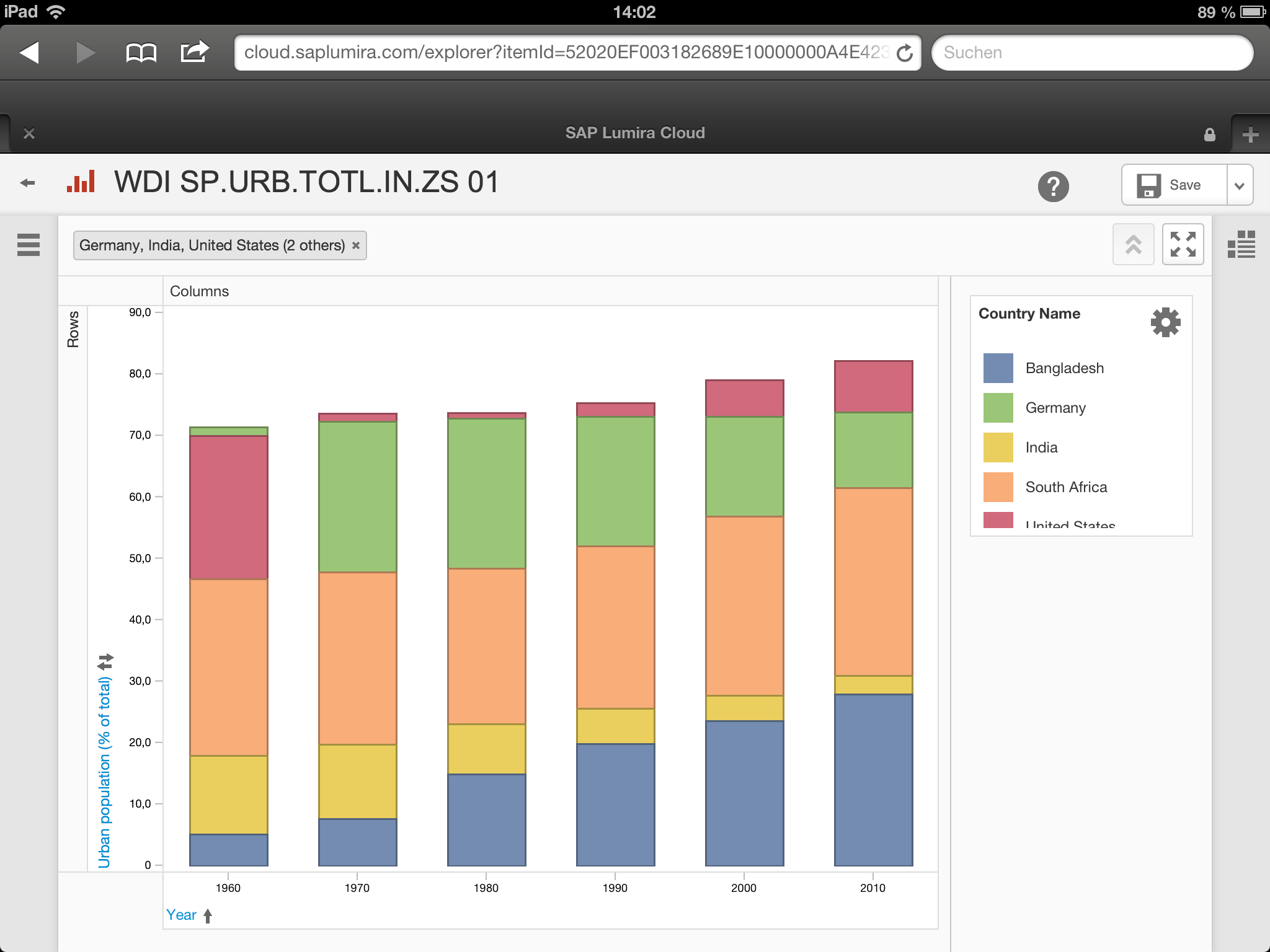 Actually, all these steps were pretty intuitive and easy to execute. More or less I didn’t read any tutorial, user documentation or whatever.

After having imported some data several times also this step could be executed pretty straight forwarded (e.g. definition of measures and attributes while uploading, number formatting etc.). The visualization features are also quiet straight forwarded and especially pretty fast, e.g. I uploaded also the whole data set of the World Bank (300.000+ records with yearly data from 1960 onwards, approx. 80 MB of data) and it was possible to analyze that data pretty comfortable with accurate performance. Off course the limitations of the cloud version annoyed me for some time especially being not able to create own measures within the tool.

Finally, I’d like to show that with SAP Lumira creating some kind of “art” is also not too difficult 😉 But for an additional insight into the data the following “picture” might be not too valuable. 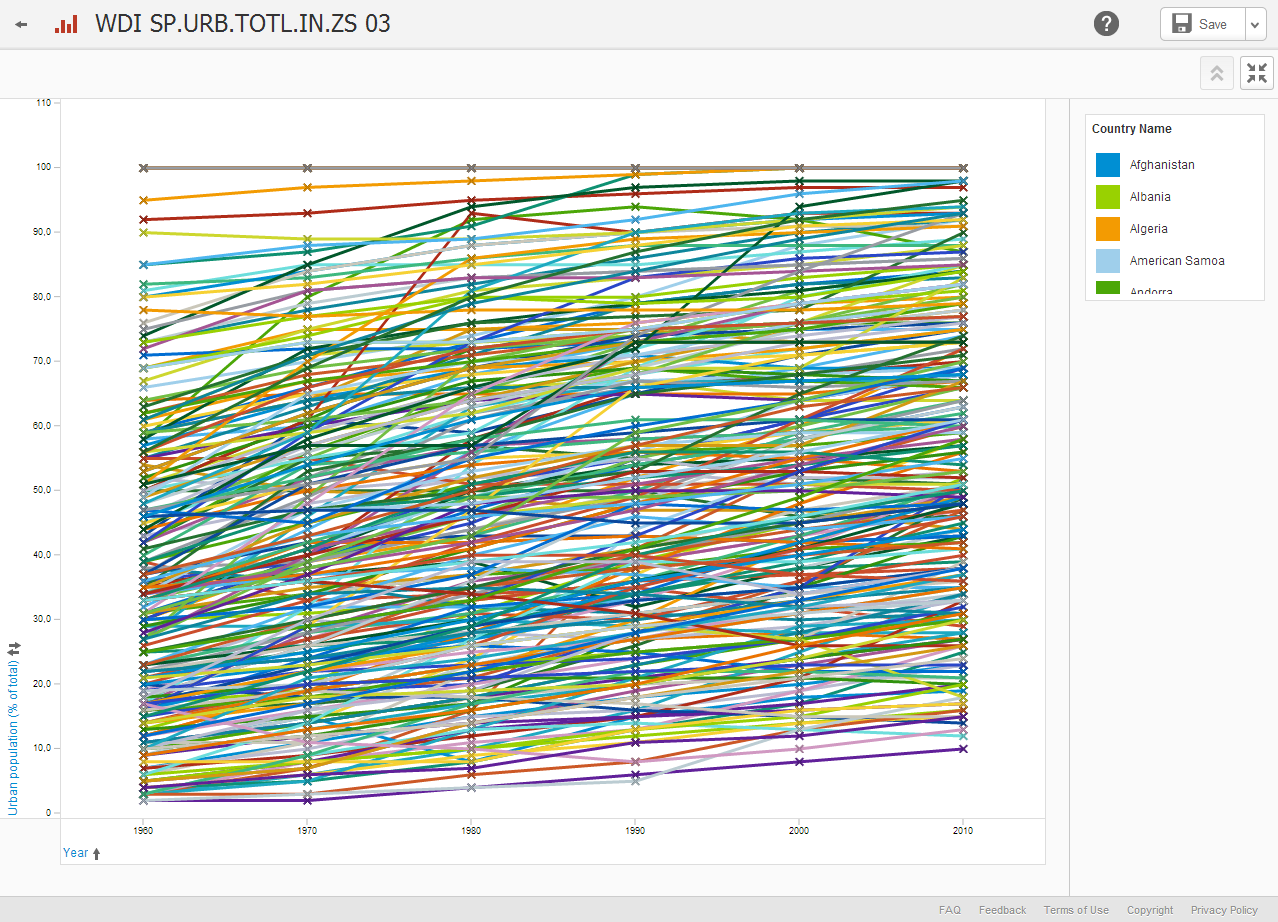