In my UX role working on mobile innovation at SAP I recently spent some time familiarizing myself with the latest Apple mobile operating software release, dubbed iOS7 to gain a better insight into the change it represented to a user. To gain perspective, let’s recap the headlines from this latest release. iOS7 is touted as the first “major’ change to be made to the look and feel of Apple products since the passing of Apple founder Steve Jobs. 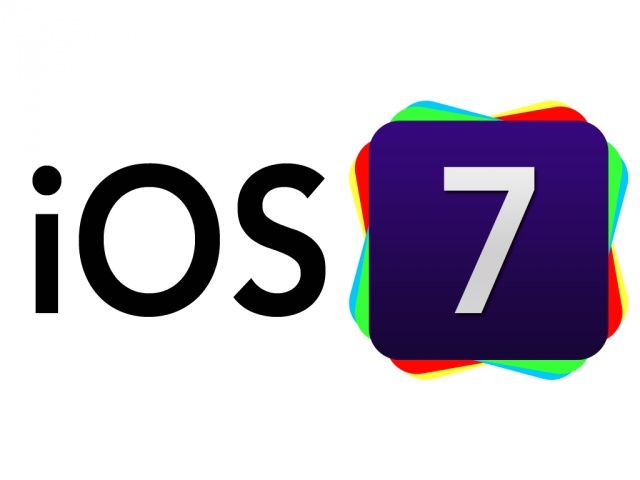 Mr Jobs held a steely and passionate grip on all things Apple and was known for his love of skeuemorphic design, or design that recalls real-life. This was seen in the many aspects of the operating system of the Mac that supported its broad appeal: stitching on the edge of the Calendar app or a green felt background for the Game Center app. All these queues spoke to the user in a language distinctly Apple, telling them that this was not only a genuine Apple experience but a reflection of the imagination, care and meticulous attention-to-detail toward design that accompanied any Apple effort.

That was how things were, at least during the later days of Mr Jobs reign and into the transitional days of Tim Cook’s assumption of the role as Apple brand-guru. It is to be expected that after Jobs departure, changes might be made to the brand, the equivalent of allowing for some fresh air to circulate, with the assumption that the overall brand integrity would be remaining intact. Corporate politics also mitigate how change can occur and Apple was no exception. With the departure of Scott Forestall, a long time champion of the skeuemorphic-look, Jony Ive stepped forward to take the role of lead design thinker for not just product hardware but software environment. 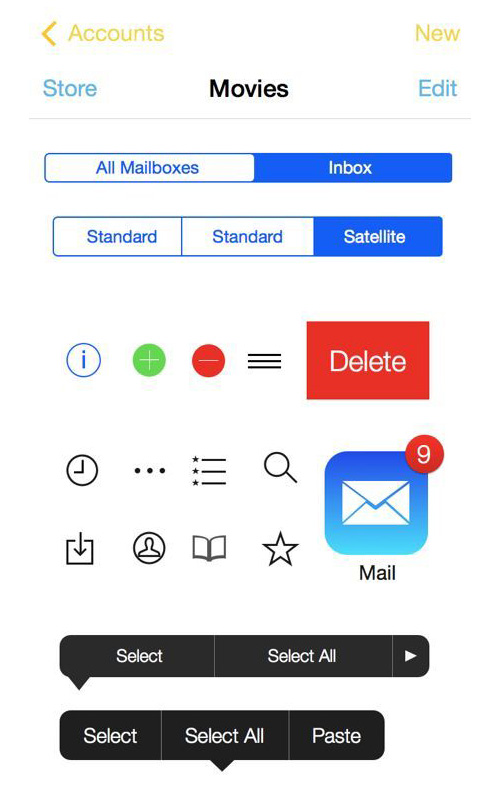 Ive is an educated, sensitive and thoughtful man with a tremendous legacy of Apple experience and most likely the best suited person on the planet to take the onerous task on of touching, changing or revising something as revered as the Apple “look”. This was clearly not going to be an endeavor he would undertake while working on other projects, it would take his full focus, creative insight and brand-sensitivity to produce a recommendation.

I can only imagine the design process followed (though I’m sure it will soon be documented in a book, coming soon to Amazon.com) but I can reflect on the output. To do so, I reviewed the overall set of screens that represented the new interface along with loading a beta version of the software onto my iPhone 5 to best experience the accompanying gestures that define the new system. In addition, I watched the video that Apple produced and showed at the WWDC launch that featured Ive explaining his changes to the OS.

What emerged was an inspired glimpse into the thought process of Apple, a view of the calculated choices made by its design guru Ive and the implications to us, the user. The operating system is more then a facelift, greater then a revision or update but arguably a direction-setting blueprint that gives us insight into the future of mobility.

Without going through a screen-by-screen review, I can convey the sense that the change represents through its use of type, color and layout. With an overall use of a thin-serifed font, coupled with thin line icons and bright, primary colors Apple has helped to distinguish the OS from its past. The thin serifs, some may say, make reading the content more difficult but it also serves to help it recede to the background. The colorful, flat icons use the retina display to high advantage by creating a sparkling, eye-catching home screen. The new gestures that allow easier access to controls, searching and content support an advance in a gesture-based behavior that only a few short years ago didn’t widely exist.

When you look at all the screens together, in a side-by-side view, you begin to get a sense of what Ive spoke about in the video. His quote was “True simplicity is derived from so much more than just the absences of clutter or ornamentation, it’s about bringing order to complexity.” He address this need to bring “order to complexity” in what one can assume is the world in which we experience using these mobile products (To support this notion Apple premiered a commercial that spoke to the “feeling” that an Apple product needs to evoke for them to feel they have succeeded in their mission, to “make great things”). These daily-used mobile devices frequently blur the line between privacy and company, friendship and acquaintance and work and play. 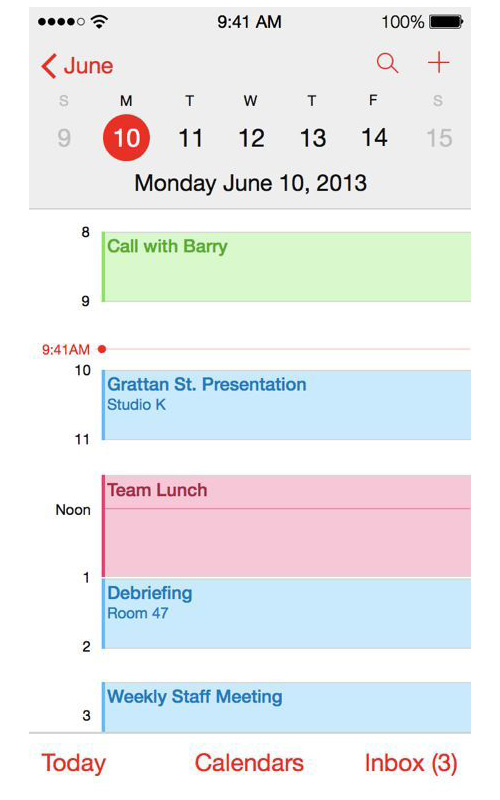 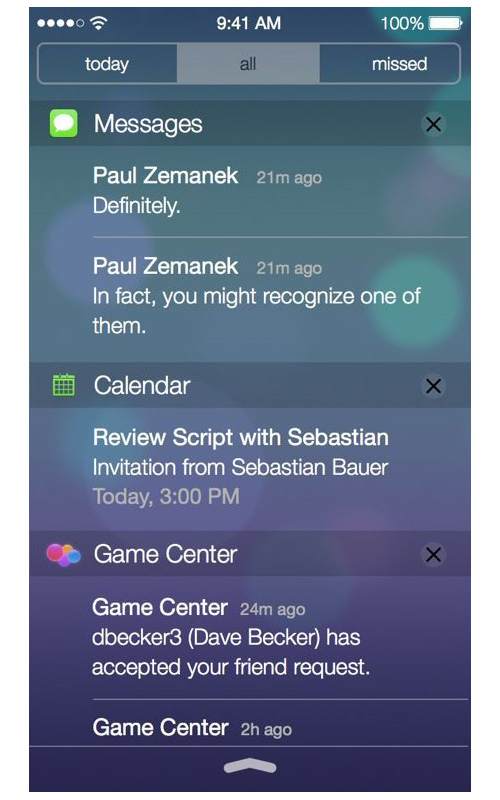 As this clarity diminishes, Ive, to me, is seeking to bring an order or sense of control to what we experience in this interaction. He attempts to achieve this in his design by practicing reduction, introducing dimension and removing mental associations that might complicate processing the experience. The result is an experience that is light in weight, playful in tone and enlightened to the content it is designed to support. Simply put, this OS creates an awareness while not occupying too many background brain cells to process the “what” you are seeing, allowing you to more richly experience the “what” you are feeling. It goes back to that commercial spot, how Apple wants to be (and arguably has always been) in the experience-creating business.

This is not new territory: Apple pioneered the notion of creating a compelling entertainment offering in the “iproduct family” concept of iTunes, iPods, iMovies etc. This was not supposed to be another product offering but a way to perceive something already familiar from a different angle. Considering this, it is natural to extend this to the look of the mobile eco-system by creating a unique language that is easily understood, repeatable across multiple devices with varying screen resolutions and screen sizes and representative of brand values that are uniquely Apple.

The metaphor I can use is cooking: I like to cook, and one thing that is important to me is fresh ingredients. When I create a meal, I don’t want any one ingredient, cooking utensil, appliance or pan to be too strong of an influence to the outcome of my efforts. The reason for this is I want to experience cooking without having to over-manipulate a pan or ingredient, thus turning the experience from fun to work (I’m not a huge crepes maker for this reason). That same premise is in play here; Apple wants to be the ultimate, fresh ingredient to this mobile experience. They don’t want to dominate, they want to surprise (back to my metaphor, like the cilantro in the omelet) or provide lively background support (like my nifty mini-Cusinart food processor).

A similar looking design refreshment was made by Microsoft when they put Metro forward in 2012 as an alternative operating UX solution. There are arguable similarities found in color palettes, font styling and icon look. Yahoo has a weather app for mobile that bears a striking resemblance to the current incarnation of the Weather app in iOS7. Like all things in life, the difference is in how these efforts were executed on a brand (not product) level. I have a friend that tries to look younger then his years when we go out by wearing a baseball cap backwards on his head. The problem with that is the same as Metro; unless you can name three pop song titles, have Tweeted at least 20 times that day and really know what “WWAG do” means the hat belongs facing forward. Metro was installed on the Slate tablet only to live side-by-side with a Windows browsing experience.

To me, what this new Apple iOS7 says is there are new experiences, interesting experiences coming my way from the guys who made the iPhone and iPad. It tells me that, by creating an awareness of screen transparency in an user experience, I may soon be seeing new devices that are more translucent and communicate dimension in an nontraditional manner. It tells me to unconsciously stop focusing on how I’m navigating to make something happen and to enjoy what I’m making happen. Experiencing design is subjective and my expectation is not that everyone in the UX community will share my opinions. More importantly though is how our users, the ones we work for, will react. By establishing the standards in this new OS, Apple an Ive have taken the first steps in driving a deeper, richer conversation with those people.

Visit www.sap.com/mobileinnovation and see how to achieve your business objectives.