Former Member
Posted on August 2, 2013 Less than a 1 minute read

Logging in to the SAP system, in general, is possible for in all the maintained languages of the server.

However there may arise a business requirement where you would need to prohibit the user from logging in to SAP for some specified logon languages. i.e. in simple terms, the user will be allowed to login only in one or two “permitted” languages and not in the rest although they are maintained in the server.

Achieving this requirement through ABAP Code is possible using the user exit EXIT_SAPLSUSF_001. The code needs to be written in the include ZXUSRU01 given in the exit.

There are three simple steps involved:

1. If the user tries to log in using a “prohibited” language, show a popup to the user telling him/her that logon is possible only in the allowed languages and that he will be logged off from the now.

Following is a screenshot of the code required to achieve this: 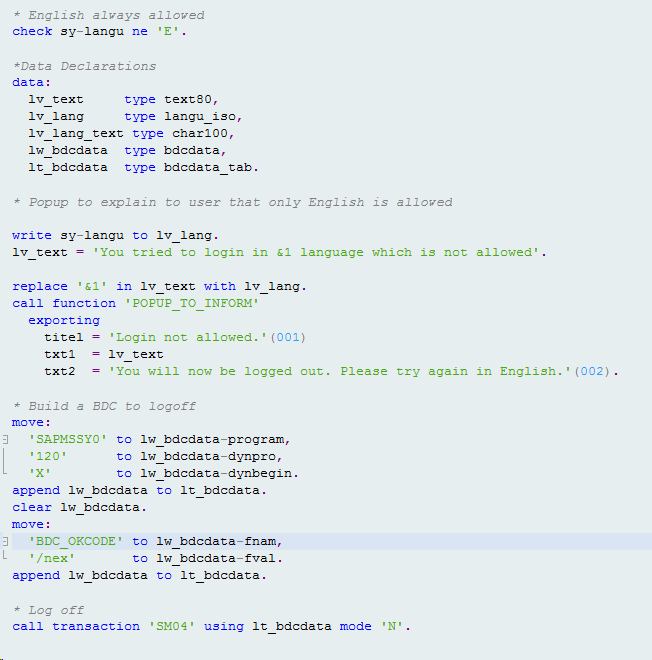 Thought it might help you guys. Thanks for reading 🙂