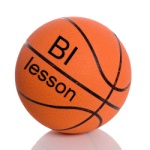 There was much discussion of advanced/predictive analytics and agile visualization in the tweet stream from the SAP Analytics briefing which Steve Lucas gave to analysts in New York last night (mainly via John Appleby, @applebyj) however, for me the biggest insight came from what the NBA are doing with HANA.

The underlying technical stuff was impressive, as John tweeted:

But, what is more impressive and IMO more important to our everyday implementations of BI is the fact that the NBA got 20,000 users onto their “BI” system in the first place.

Many BI implementations fail not because the system can’t service queries fast enough; rather, they fail because of a lack of end-user adoption.

So, how did the NBA get this huge BI adoption? Simple, they put a tailored, task-focused, engaging, no-training-required interface on the front end.

Whether you call this a BI App, an interactive dashboard or “BI in the spirit of an iPad app” does not matter, it all boils down to the same thing, the only truly effective way of getting end-users to actually use data.

Take a moment to think about what would have happened if the NBA had just put Lumira (SAP’s generic data discovery tool) on top of all that great data. Perhaps a few people would have used it, but there would have been no mass adoption.

Go to the NBA’s stats site and see for yourself. It is a beautifully designed “big button” interface which people can immediately use to ask all sorts of sophisticated questions of a HANA database without ever knowing they are doing it!

Think about it, this site is successfully engaging sports fans and getting them to use data. Most of the end-users in your organizations are probably sports fans. So, unless you think that some weird transformation happens to them as they walk through the door of the office, then it stands to reason that this is the standard we should strive towards for the next generation of business intelligence.

This type of interface is the future of end-user business intelligence, are you ready for it ?

———–
P.S. This is far from the only indicator of this transition to a next-generation of BI, other mainstream examples can be found in the BBC Weather site (see my posts here) and on Google’s search engine (documented here) and there is a great example of it working in the business world in a case study from FedEx here.

P.P.S. Before anyone starts shouting I am not saying Lumira is a bad tool. It, and other data discovery tools like it, are valuable tools in the analysts’ armory  It is just not a mass-deployable, end-user tool. For that, you need interactive, task focused, tailored business intelligence!