How does all this work together – BW, BW on HANA, Suite on HANA, HANA Live….. Part 6

In the previous parts (Part 1, Part 2, Part 3, Part 4) we focused mainly on customers without a complete DWH solution and in Part 5 we looked at the available options for customers that were looking at a custom DWH solution.

In this part we are looking at customers in landscape #6, which means we have a customer that has SAP and non-SAP applications on the OLTP layer and SAP NetWeaver BW as DWH layer. 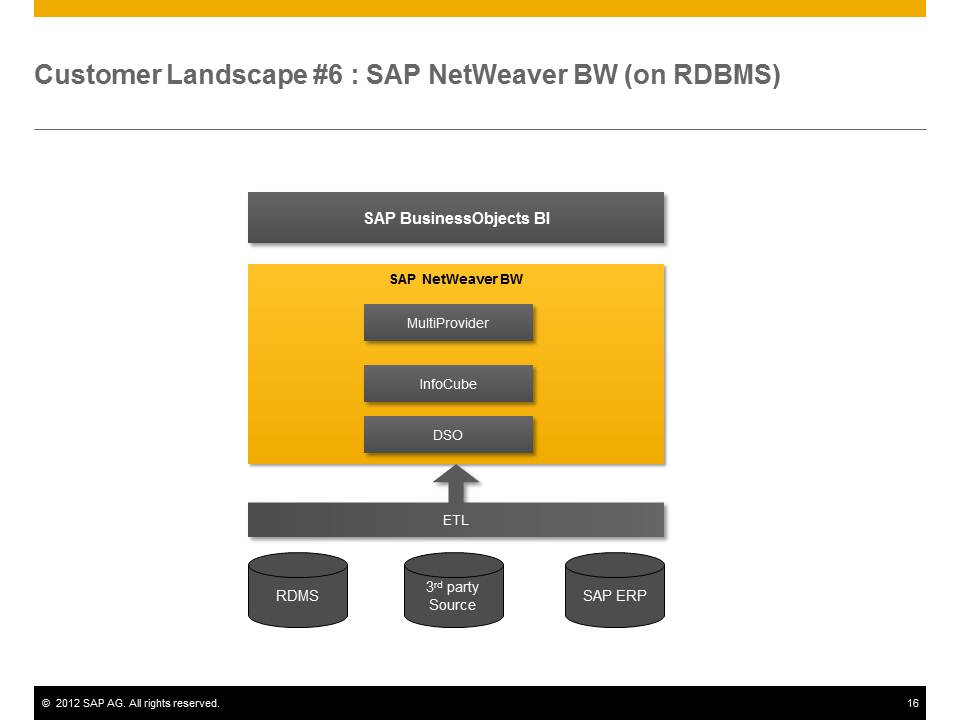 Figure 1 shows the scenario, where the customer created a DWH Layer using SAP NetWeaver BW (on RDBMS, not on SAP HANA) solution and all the data from the SAP and non-SAP systems is being loaded into SAP NetWeaver BW.

As I mentioned in the beginning of this blog series – this is not about comparing different technologies for creating your DWH – this is about showing how our customers in different situation could leverage SAP HANA or SAP HANA Live as part of their overall landscape.

So what are the options for a customer that already uses SAP NetWeaver BW to leverage SAP HANA (and in this part of the blog series the answer is not SAP BW on SAP HANA). 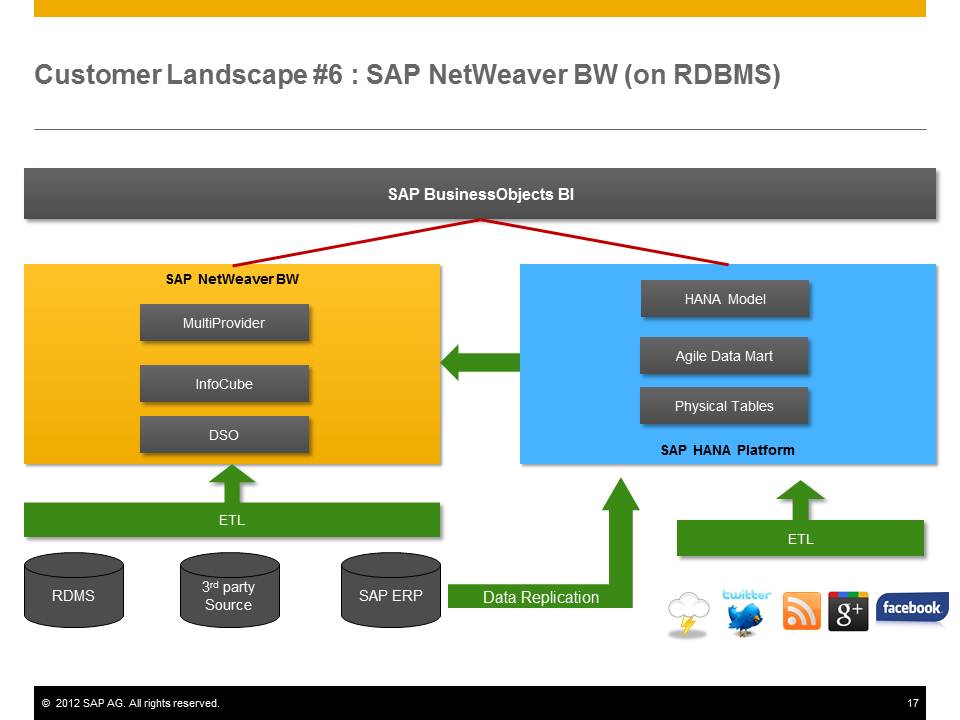 Figure 2 shows the first scenario where the customer uses SAP HANA as a side care implementation next to SAP NetWeaver BW with the focus on the flexibility in data modeling. In this scenario the custom loads data from the OLTP layer as well as other 3rd party source (such as event driven data or data from social media channels) into SAP HANA. In this scenario SAP HANA is treated as an agile platform and data is being loaded into SAP HANA first and after the analytical workflows have been performed the data is loaded into SAP NetWeaver BW. 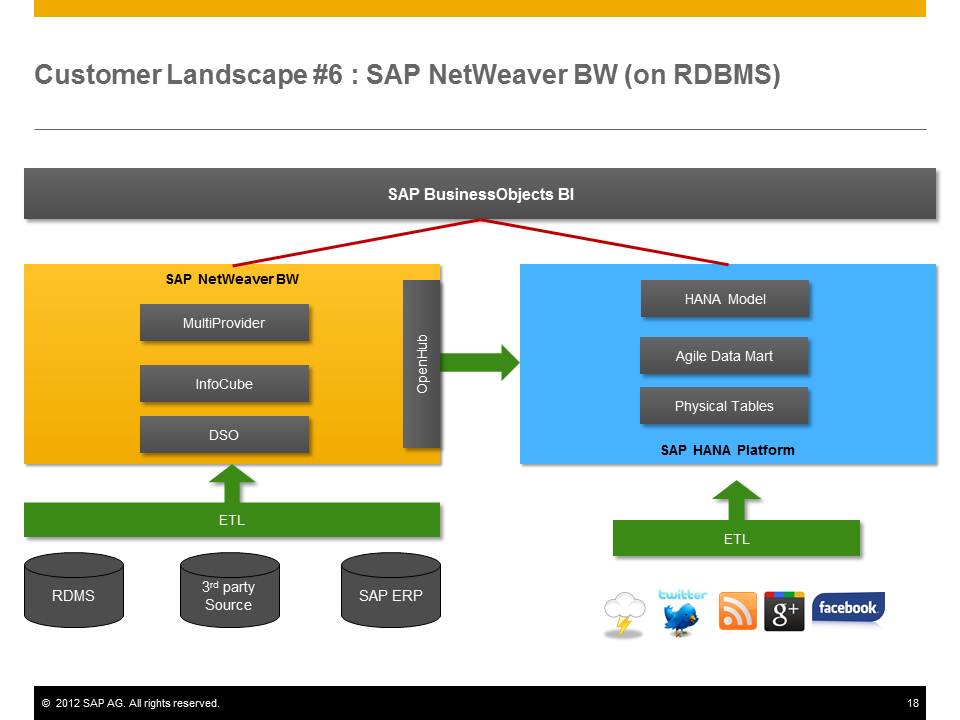 Figure 3 shows a different scenario, where SAP HANA is treated more in a classic data mart scenario. So in this scenario all the data is being loaded into SAP NetWeaver BW first and data marts are being created in SAP HANA for specific purposes. 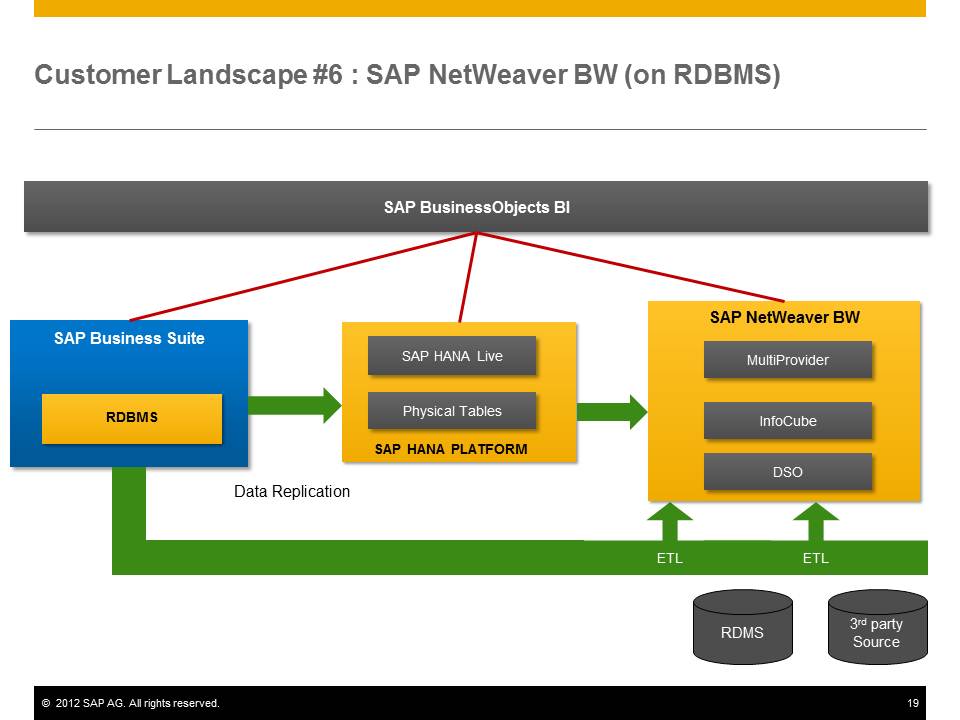 So how could a customer using SAP NetWeaver BW leverage SAP HANA Live? In the next part of this series we will take a look how these scenarios are impacted when SAP NetWeaver BW runs on SAP HANA.

This is a very good and informative.

We are have same kind of landscape SAP BI 4.0 SP04 on LINUX and SAP NetWeaver BW (not HANA) and it is well integrated in accessing BW content using business objects webi reports.

I would suggest that you either post your question into the corresponding SCN forum or you open a case with the SAP Support team.

Very good series and nice blog about the SAP Netweaver side by side implementation.

Any timeframe for the landspace 7?