Three weeks ago, SAP launched another installment of its Intern Weaver Video Competition, an initiative focused on bringing SAP’s interns together from around the globe. Groups of interns in SAP’s various offices can participate by writing and producing a parody video for a potential new SAP product, and the entries are then shared on a Facebook group page. Winners are decided in five categories: Funniest Video, Best Acting, Most Realistic Product Idea, Most Creative Product Idea and People’s Choice. 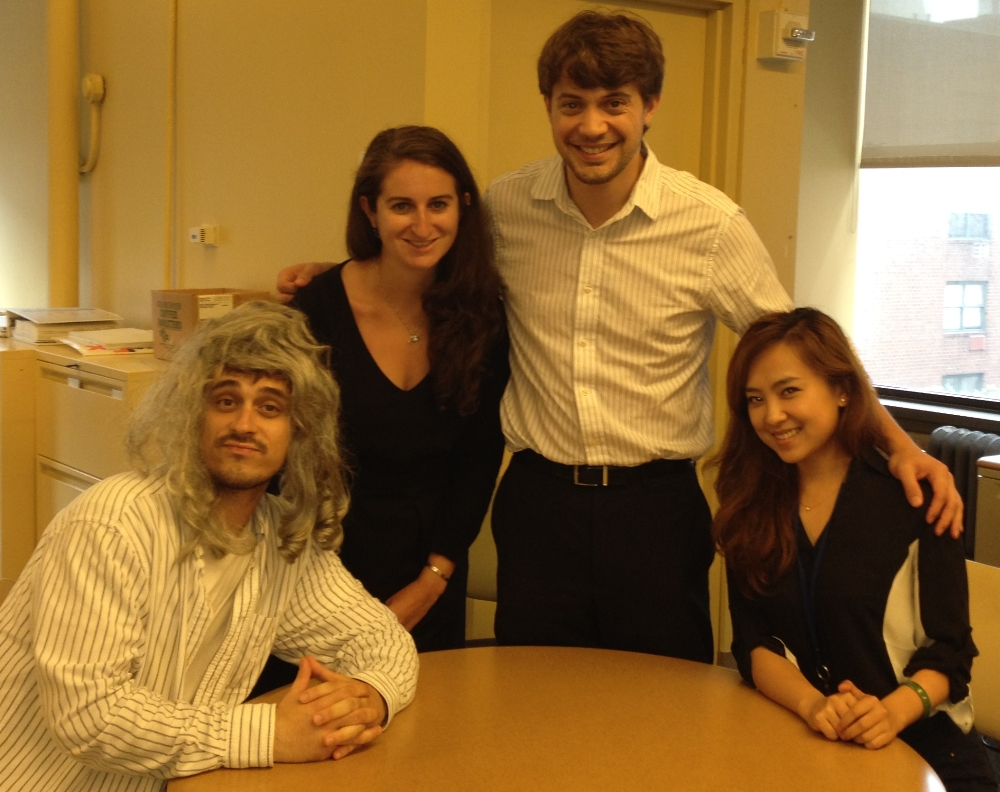 As an independent filmmaker and an intern with SAP’s Global Communication department in New York City, it would have been very difficult for me not to participate in the contest.

“Ever wish there was a fun way for you to connect with other interns?” the initial email asked me in its first sentence. And while I often enjoy talking and hanging out with my fellow interns at work, this seemed like a good opportunity to do something more creative as a group beyond our usual collaboration on blog posts or opinion editorials.

So our little group of interns got to work here in The Big Apple. While the contest rules stated that “phone cameras are fine,” one of my fellow interns is an avid photographer, so we had access to his nice camera for all our video needs.

I have been writing comedy and doing stand-up for several years. So I was able to whip up a script poking fun at the, er, let’s just say, less-than-convenient payroll system all of us interns must use to log our hours for payroll.

All the other interns in our group, including one originally from China and one from Pakistan, were excited for the opportunity to be in the video. Not only did they jump up for their roles in the video, but they flourished in them. There must be something truly universal about the “pretend you’re in a horrible infomercial” or the “act more frustrated” lines of direction. Our piece came together pretty naturally around our SAP office in New York, as well as amongst the backdrop of the city itself, from Central Park to Coney Island.

The winners will be announced Friday, but we were just happy to do something different, fun and creative — and even whacky — together as a group. For me, it was nice to utilize a skill I have outside of what I do for SAP, and I know that maybe it’s possible to potentially do more fun videos for SAP down the line.

After all, if there is anything that is evident from SAP’s leaders’ speeches at SAPPHIRE NOW 2013 about the growing market trends around the world, it is that the millennial generation is going to be the next big clientele and marketer for SAP in the future. It is very good that the company has initiatives like the Intern Weaver Video Competition so that SAP’s future leaders can interact.