After poring over SDN for hours together, I discovered that there was no one document which detailed the posting of FI Documents with Tax lines. This post is an endeavour to make it easier for other looking for the similar content.

While posting FI documents, for example vendor invoices in FB60. We have an option of posting tax amount and doing this via ABAP via the BAPI_ACC_DOCUMENT_POST/BAPI_ACC_DOCUMENT_CHECK has proven to be tricky in my experience. 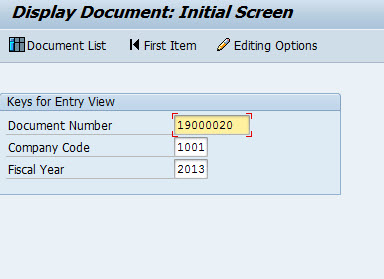 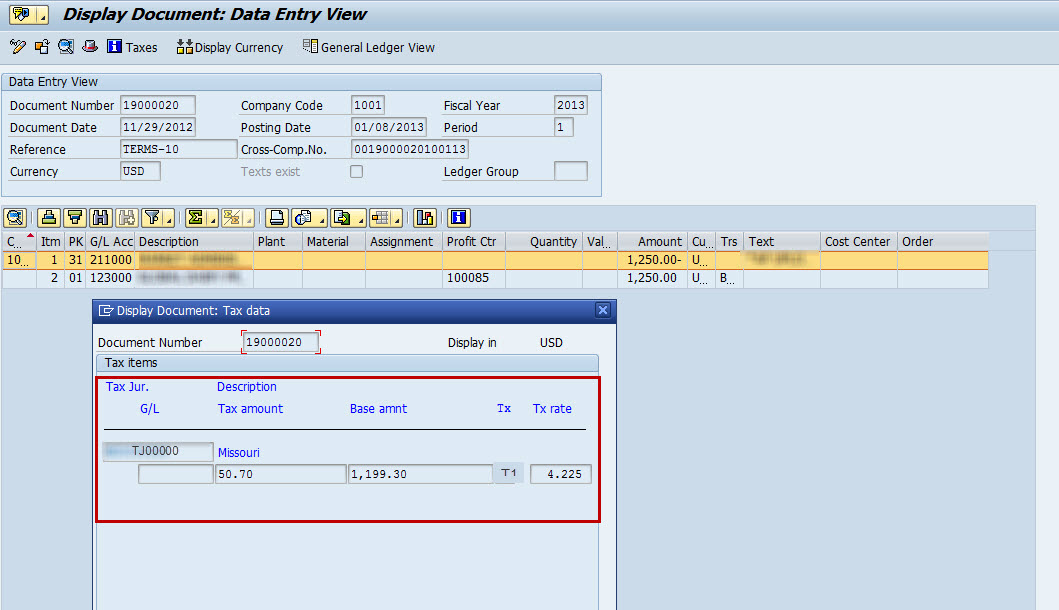 The file that has been attached has been used as an example to detail the scenario.

The DOCUMENTHEADER will contain the following details: The CURRENCYAMOUNT would, in the normal scenario, have only 2 items containing the vendor and account payable amount information. As you might already know, this table contains all the currency amounts relating to the document. In a normal financial document without any tax data, the table GT_CURRENCYAMOUNT would contain the following

In ACCOUNTTAX, a record containing the

are populated. As shown below:

In the current scenario, the tax code and tax jurisdiction is provided by the user. Based on which the COND_KEY and ACCT_KEY are decided using the function module ‘CALCULATE_TAX_FROM_NET_AMOUNT’ In this case, user had provided us with the tax amount and the base amount, but if the tax amount is not provided, various function modules can be used to calculate the tax based on the base amount.

The common error that is encountered while posting tax data is ‘FI/CO interface: Balance in transaction currency’ This comes up if the amounts in the table CURRENCYAMOUNT-AMT_DOCCUR do not balance. ABAPers need to make sure that the amounts balance exactly as shown below

Well appreciated to share your knowledge through blog post,good explanation.

After poring over SDN for hours together, I discovered that there was no one document which detailed the posting of FI Documents with Tax lines.

Could you please share the name of the demo program. It would be a great help! I had searched for a demo program which gave an example of posting tax line items. But couldn't find it, hence the post.

could you please explain me how the values are being calculated for item no 3 in currency structure.

also which gl account need to be used in accountax structure.

I have done everything like you've described in below blog but I get an error F5704 -> Inconsistent amounts. I've been searching OSS but I haven't find anything. Could you help me with this issue?

I will be gratefull.

I agree with Mikolaj ..This solution doesn't work.

I have found useful .thanks