Integration and Connectivity in ABAP – Part 7

One of the key concepts introduced in ABAP 7.40 involves the addressing of entities at a finer granular level than the client. These entities are called Identifiable Business Contexts (IBCs). Some of the advantages of IBCs are:

If you want to know more, see the documentation Semantic Addressing Using Identifiable Business Contexts (IBCs) . To take away some of the mystery, I provide screenshots here illustrating where you can find IBCs and how to create your own.

Each client has an IBC of its own that is automatically generated. So you can still do client-level addressing without creating other IBCs. Here is transaction SOAMANAGER: 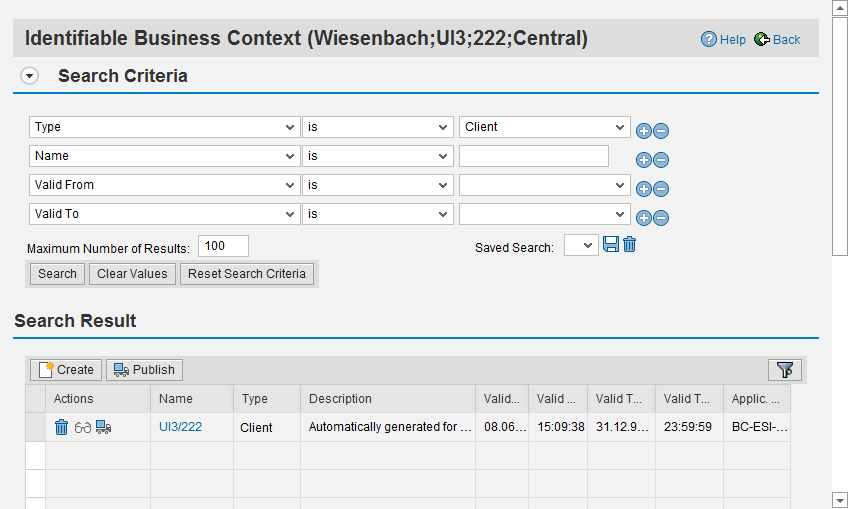 In a managed landscape, the central system has an automatically generated IBC reference for each system client in the landscape, including itself. 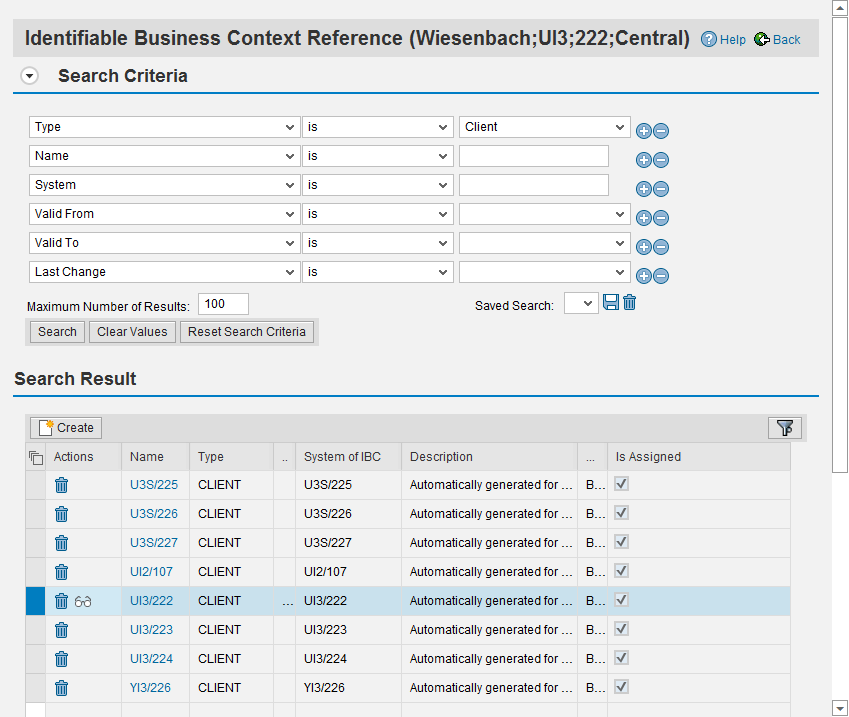 Creating Your Own IBCs

Before you can create an IBC, there needs to be a class in the system that specifies the types and names that are allowed to be created. Here is transaction SE24:

The class must implement the interface IF_SRT_WSP_IBC_APPLICATION.

I only need to implement the LIST_RECEIVER_TYPE and LIST_RECEIVERS. I chose silly values for this demonstration so that they are easily identified and understood in the following screenshots. 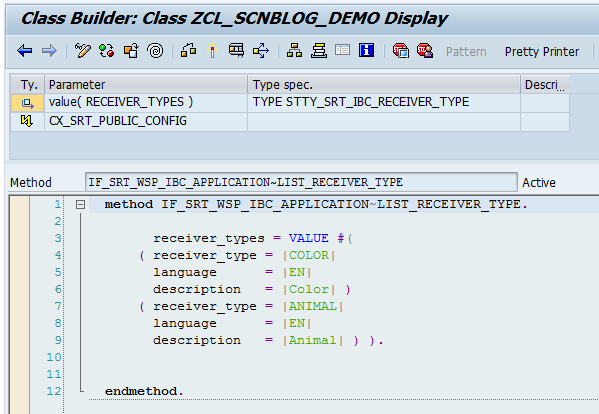 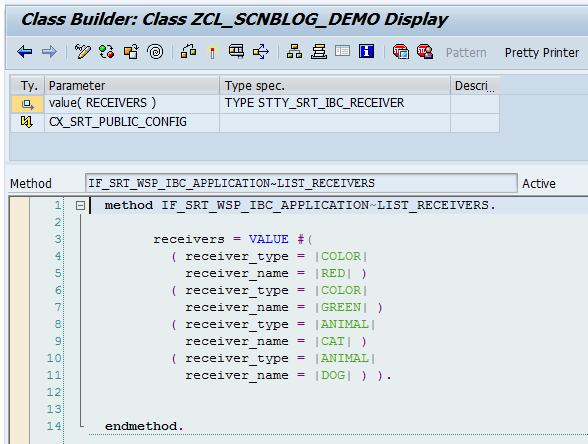 Once the class is activated, it is visible in transaction SOAMANAGER. At this point there are no IBCs or IBC references based on the class. 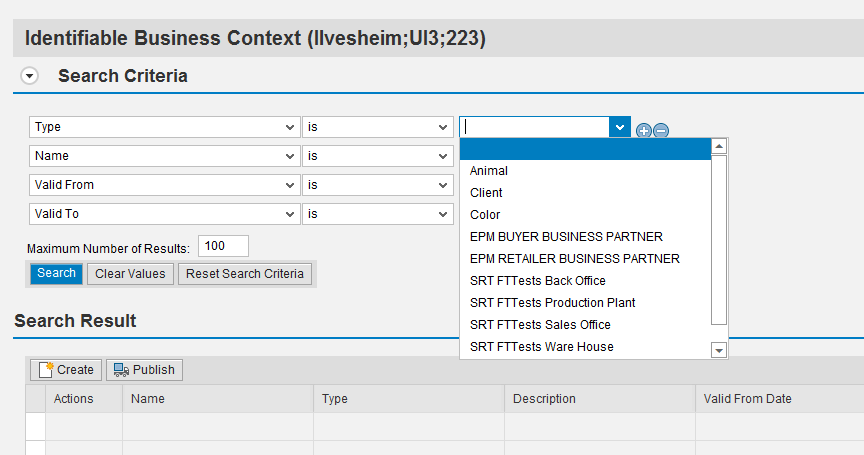 What I am about to show is not recommended. In general applications should create IBCs, but it is easier to understand if I show the manual way.

In a managed system, I now create an IBC.

I choose Create and then, on the following screen, Save.

Now the IBC is visible when I search for it. Now in the central system there is an IBC reference that has been automatically generated. 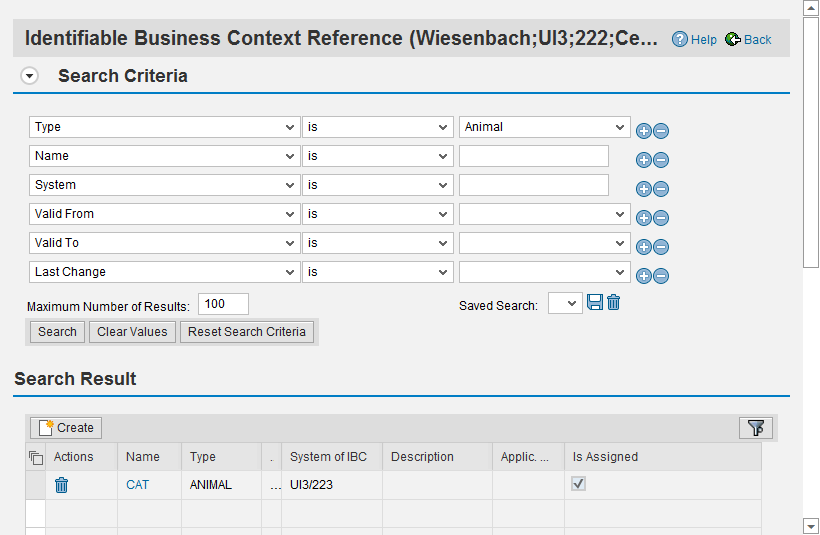 There is nothing difficult about creating IBCs and IBC references, and they open up a whole load of new possibilities.