The global PI survey for 2013 can be found at the following URL:

More information about the survey:

This year’s target was to reach a number of 400 participants, as there were less responses from some countries in 2012. Based on our figures from July 15th we achieved the number of 449 participants with still one more month to go. Therefore already a big thank you to all of you who have participated in the survey! New target is to set a new record with 500 responses till the end of the survey on August 24th.

Following a pre-release of two results as a motivation for all of you having not particapted in the survey so far.

Current Result: Number of participants based on user group / country 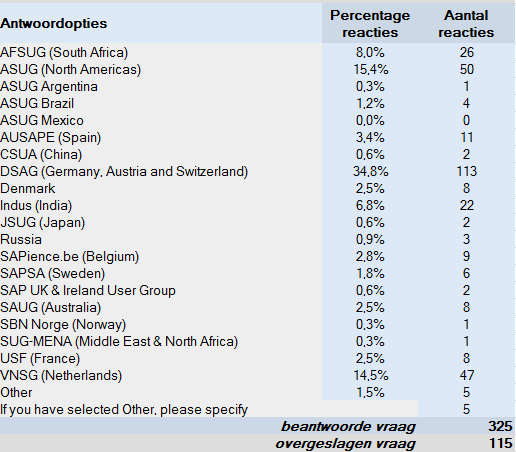 (As an appreciation of the exceptional number of participants from VNSG, we have kept the headline descriptions in Dutch) 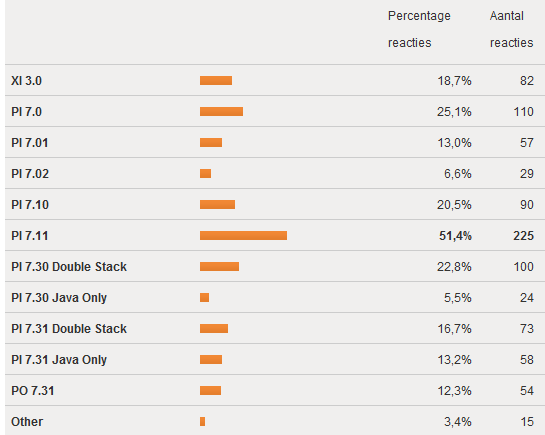 The survey for 2013 was closed on August 26th. Many thanks to all 539 participants for this new record! The results of the survey will be published on SCN by end of September.

Feedback and planned Improvements for next Year

One feedback we got is that the survey form currently requires you to reply to all questions. In the next survey we want to make more questions and sections optional, as not each single topic may be relevant for or known by each participant. Another planned improvement is to make an easier distinction whether you are a participant from an enduser or whether you are a consultant working for an IT service provider or a freelancer. For sure, the survey in 2014 will also put more focus on SAP NetWeaver Process Orchestration and SAP NetWeaver BPM.

If you have other areas for improvement please let us know.