My thanks go to Samuli Kaski for BIF to me from his BIF Blog It Forward – Samuli Kaski “because my last name is so utterly cool” 😛 . Before starting, I must confess I’m a self-declared ‘enemy’ of the entire social-media/social-network stuff, thus there won’t be any personal pics and the whole thing won’t be as detailed as most of the BIFs I’ve seen so far, but oh well, here we go.

I was born and raised in Berlin, Germany; went to school there, did an in-firm apprenticeship there and I’m still there, so I guess you could say “Ich bin ein Erz-Berliner” 😛 . The apprenticeship I did would probably translate into “IT-Specialist in System Integration” and covered pretty much about every field that would be available when you choose to specialize as a BA in IT (but not as in-depth you would have in a BA degree of course). The fields I was especially good in and that excited me the most were networks, server-environments/landscapes and stuff like that; and so, as a logical consequence, after I was done, I was offered a job as an application developer! 😏 … which brings me here, since an SAP ERP system landscape serves as the foundation I work/develop in. In my first months I was mostly busy cursing (I’m quite hot-blooded..) since the SAP-world has its own level of complexity and oh, its terminology…. 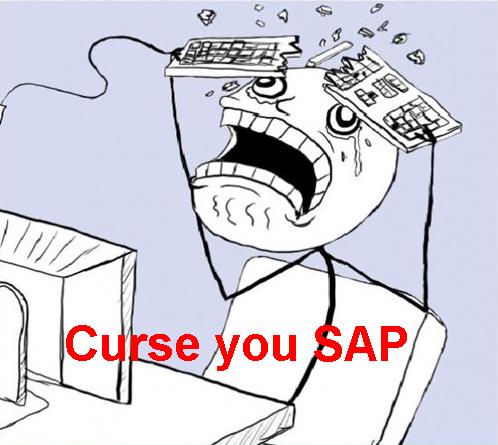 I won’t ever be able to take the word “business” seriously anymore, but then there isn’t much I really take seriously (least myself, which those might know who read some of my content on SCN..)… anyway, by now I think I arrived safe and sound within the whole SAP-madness and think it suits me quite well – it’s challenging, yet fun; makes a good mix 🙂 . So much for the introductional part; by its reasonable length you might already assume I’m not that ‘ye old-established’, indeed I’m in my twenties.

Fun fact about myself

I’m a young guy in IT-business and I don’t own a smartphone, neither do I use facebook, twitter, xing or anything alike. Instead I rant about those whenever I find the time like a grumpy old man. I leave it to you, whether you find this funny or rather tragic/weird. What do you enjoy doing most in your life? In your free time, besides work that is?

To quote Nietzsche, “Without music, life would be a mistake.”. I’m a hobby-percussionist; I’ve played in all kinds of amateur bands (drumset) from Metal, Rock, Jazz to Fusion, Funk etc. and all kinds of amateur orchestras (drumset, mallets, timpani, other unutterable percussion instruments). I enjoy all kinds of music there is and can spend unlimited time with it; except popular music these days!… but let’s keep the old grumpy man in check 😏 … 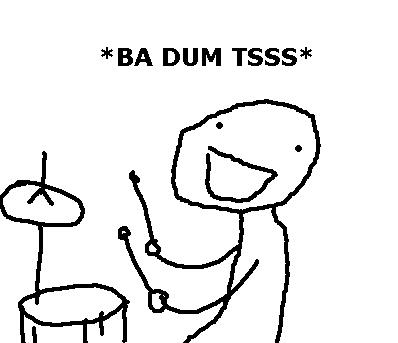 If you could meet any person, live or dead who would you want to meet?

I’d probably raise Mitch Mitchell from the dead and ask him to have a jam session; damn.. he was the man! :<

Have you ever considered working in a non-SAP business? If yes, what held you back and if no why not?

Gimme a break! I just recently got a hunch of what I’m doing! D-;

That’s all folks. Now I want to Blog It Forward to:

What do you like most about your job with SAP and what situations can make you furious?

What do you enjoy doing most in your life? In your free time, besides work that is? ( I’ll pass that on, Samuli, it’s a good one 😛 )

😀 I had fun! welcome to the BIF. Congratulations for your great performance in Travel Management. All the best!

Nice blog Lukas  - nice to know a bit of a background to a fellow Travel Management compatriot!

Will have to figure out now how to rise to the BIF challenge!

Thank you all for the kind comments ;-P

😆 . You are talking very frankly Lukas. Great to know you.

Great blog, Lukas! I thought you were tagged long time ago, very surprised...

Hate that when I say "I'm not on Facebook" and some people look at me as if I've just said "I don't use deodorant". Or those smug smartphone users: "I sent you an email 2 nanoseconds ago, did you see it?" - "Nope. I'll see it when I get home, to my com-pu-ter".

I bet that when this whole digital world goes bust, John Connor will need people like you and I. 🙂 Cheers!

Being a facebook worm is not good but using smartphones is not that bad as you indicaed. This is just my opinion and there is no complusion to buy a smartphone 😛

I really liked the example Jelena Perfiljeva gave here about email and nanoseconds.

At some point them good ol' indestructible nokia phones won't be manufactured anymore and I'll have no other choice than giving the smartphones a chance. "But today is not that day!!"

Very good blog... Nice to know more about you..!

good to know about you nice blog.

Nice to know more about you Lukas..

Good to see your artistic skills 🙂

Interesting Blog Lucas...wish you all the success in your life... 🙂

Thank you so much for sharing about you and your experience. I liked the sentence very much.

I'm a young guy in IT-business and I don't own a smartphone, neither do I use facebook, twitter, xing or anything alike 🙂