The Art of understanding Security and Authorizations in SAP BI/BW

Now days many of us might be aware that we are not confined to our own responsibilities. There are cases where a SAP- BI/BW consultant has to perform the activities of a security or Basis consultants or at least should be in a position to educate the security consultant to satisfy our needs.

Security in BI is a bit different compared to our OLTP (R3) system.

In r3 we perform restriction to transaction, some field values and the activities a user can perform this depends tactically on his designation.

But for the reporting users there should be a separate concept to restrict data at field level , also u need to have special tools like Analysis authorizations.

For understanding this first we need to be familiar about Authorization objects.

Some points about Authorization objects

The major class in BI is RS which you can find in the following screenshot. 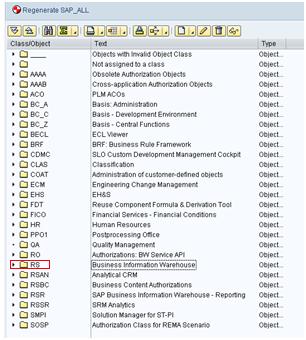 Under this class authorization objects exits. 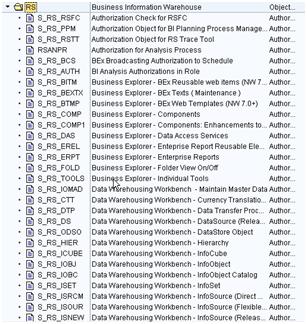 Here in the above screen shot there are some Authorizaiton objects which are used for Administrative users and some for reporting.

In the next part we will learn about the important authorization objects for reporting.

Good article on the Auth, Could you please provide me with the URL for the next article if it is published, I'm looking for similar info for BI & BO.

Sure Mr Rao, will publish the second part ASAP.

Sorry to ask, But just a ray of hope so checking with you that have you ever worked on SAP ECC & BI Data reconciliation, The one available on the net are so generic, So ws wondering if you have real scenario based, If you do, Please share.

Generally we use to do a vlook up in excel for the delta load data day by day, other than that we have some small programs, but not sure about the remaining ways.

That is a manual process and laborious, So was looking for some automated solution, Anyways thanks and will be waiting for your second post on the Authorizations...:)