Last week, the City of San Jose and the San Jose Sharks announced that SAP acquired five-year naming rights to what the Mercury News calls “one of the Bay Area’s most popular buildings,” a 17,500-seat sports and entertainment venue – home to the Sharks, a U.S. National Hockey League team, and host to Olympic athletes, Grammy award-winners, and the circus. 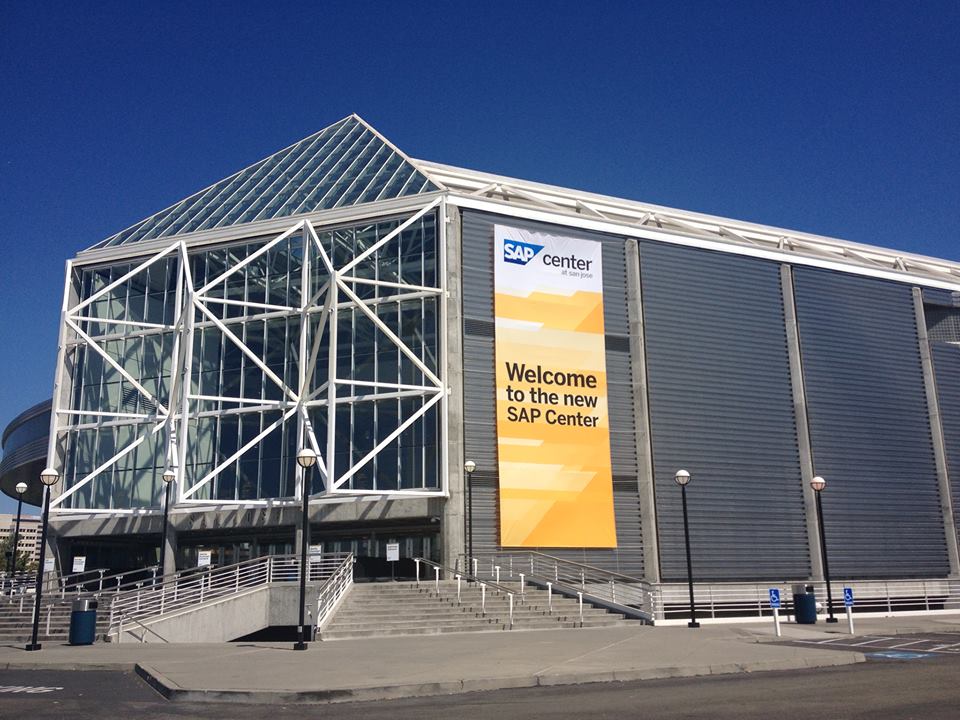 SAP and the Sharks share a vision: Re-imagine SAP Center at San Jose and how fans experience it. Already, the partners are exploring ways to enhance and modernize fan-experience at the venue. As a first step, SAP conducted in-stadium research over several months, collecting feedback form hundreds of fans – feedback the company will use to develop ‘fan tech.’ This might include like real-time news alerts; tools for analyzing player and team stats; and mobile options for information, ticketing, and concessions.

On the ‘back-end,’ Sharks management is evaluating SAP Scouting, a new solution that collects and analyzes data related to player performance. It has potential to give the team a competitive advantage in scouting and drafting new players, as well as identifying the strengths and weaknesses of existing ones. SAP Scouting is part of the SAP for Sports and Entertainment solution portfolio.

SAP has a fast-growing presence in Silicon Valley, with roughly 3,500 employees based at four San Francisco Bay Area campuses. As the company’s footprint there grows, so too does its commitment to the community it considers SAP’s innovation home-base. An important aspect of that commitment is charitable work and, accordingly, the SAP Center partnership has a strong community focus – demonstrated on day-one. SAP and volunteers from the Sharks Foundation participated in a joint volunteer effort at the SAP Center ribbon-cutting ceremony July 9, assembling 125 bicycles for the Bay Area charity Turning Wheels for Kids.

The sponsorship money will do the community good too, albeit indirectly. SAP will pay $3.35 million per year for the naming rights, half of which goes to the city. Mayor Chuck Reed says San Jose’s  approximately $1.6 million share “will … provide ongoing funding for critical services provided by the City of San Jose and local non-profit organizations.”

Hockey may be a fiercely competitive, zero-sum game, but everyone in this partnership wins: San Jose and the Sharks get funding, SAP gets a showcase, and fans can look forward to buying $14 popcorn on their iPhone.

SAP Grabs the Shark By the Tail — and Brands It

Future of Baseball Hinges on Analytics, Big Data and Mobility

What Businesses Can Learn From the NBA Finals