SAP Grabs the Shark By the Tail — and Brands It

“We didn’t just brand any stadium, we branded a stadium in the heart of Silicon Valley,” SAP CMO Jonathan Becher told SAP TV at last week’s unveiling of the SAP Center at San Jose. “People grew up knowing other names, like HP, but people growing up now are going to know SAP as the most — not ‘one of,’ but the most innovative company.”

Home turf for the San Jose Sharks National Hockey Team has known several names since opening its doors in 1993. In addition to its nickname, “the Shark Tank,” its official monikers have been the San Jose Arena, Compaq Center and, until last Tuesday, HP Pavilion.

“It is quite symbolic to be in an ice hockey rink,” SAP Co-CEO Jim Hagemann Snabe said, in a nod to his company’s predictive analystics offerings. “You have to be able to predict where the puck will be so you’re not left behind.”

Also symbolic, as Becher mentioned, is the arena’s presence in Silicon Valley, a region in the U.S. that many of the world’s biggest technology companies call home. And it’s no coincidence that SAP has a campus in Palo Alto, just north of San Jose.

Among the 3,500 or so people who attended the unveiling ceremony was SAP co-founder Hasso Plattner. He is also the majority shareholder of the San Jose Sharks.

“We get measured on the scoreboard just like the Sharks do,” SAP Co-CEO Bill McDermott said. “The sports and media vertical of SAP is shining through here in the Shark Tank, and I think that’s what brings our technology and the fan experience to life.”

“Future of Baseball Hinges on Analytics, Big Data and Mobility”

“Analysts Descend on Newtown Square to Cover Their Bases”

“What Businesses Can Learn From the NBA Finals” 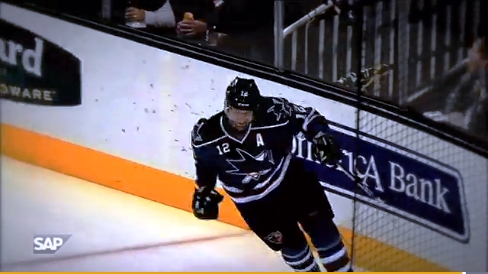 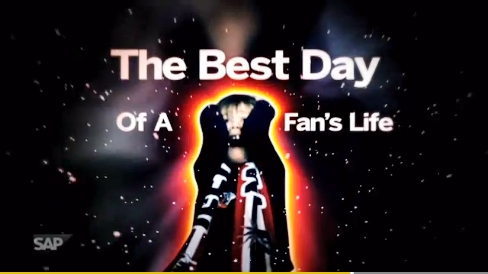