Audrey Stevenson and Marilyn Pratt conducted this discussion on SCN Gamification at SAP Inside Track New York last month.  It was good to get an overview of what SCN gamification is and how far it has come in the few short months.  Plus a good discussion ensued.

Audrey said that SCN has 2 million unique visitors every month.  She said they were looking for new ways to pull lurkers in.  She reviewed the definition of gamification. She posted here slides Game On! Using Game Mechanics to Drive Engagement in the SAP Community

She said that gamification was not just hype. 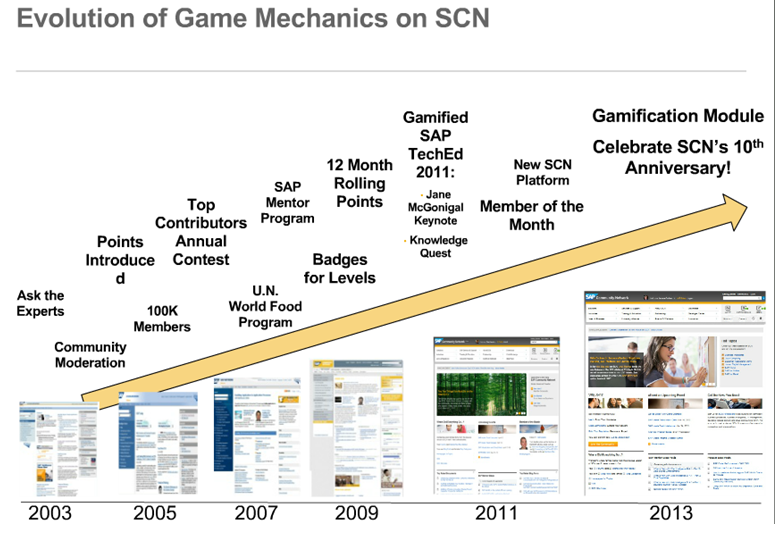 In 2009 badges were introduced to show levels.

This year SCN will be celebrating its 10 year anniversary. 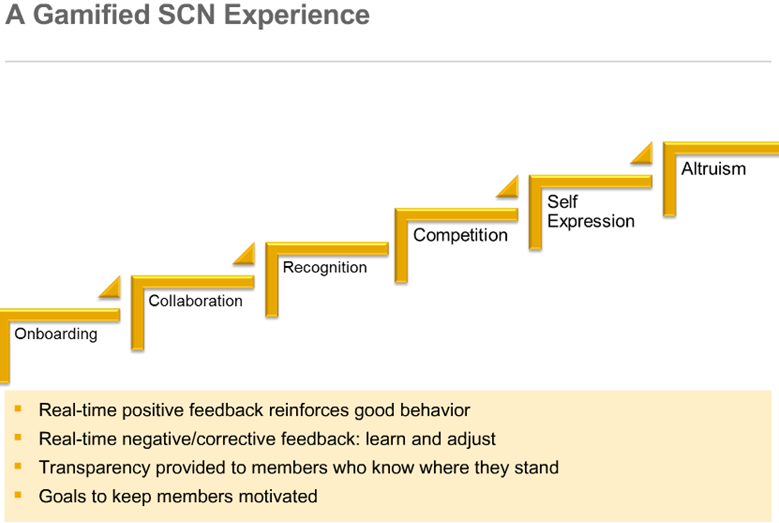 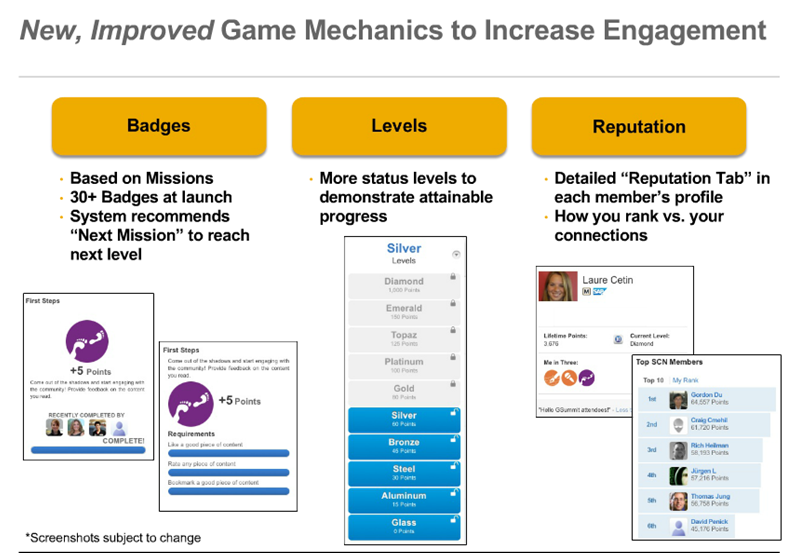 With gamification, SCN has added badges, based on variety of missions such as feedback, content, engaging with others.

Before the new gamification launch the lowest level was 250 points was to get a badge and that is a high bar.

With the new gamfication, they lowered the bar and increase the number of levels so people can move up to get to next level

These elements are on the reputation tab. 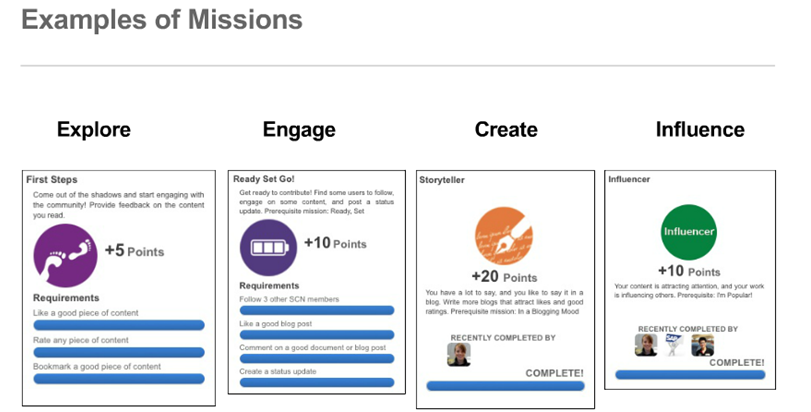 Figure 4 shows the different types of engagement missions, such as creating a status message

One of the missions as you look at the SCN rules of engagement.

You will get an Influencer badge if you have a lot of followers. 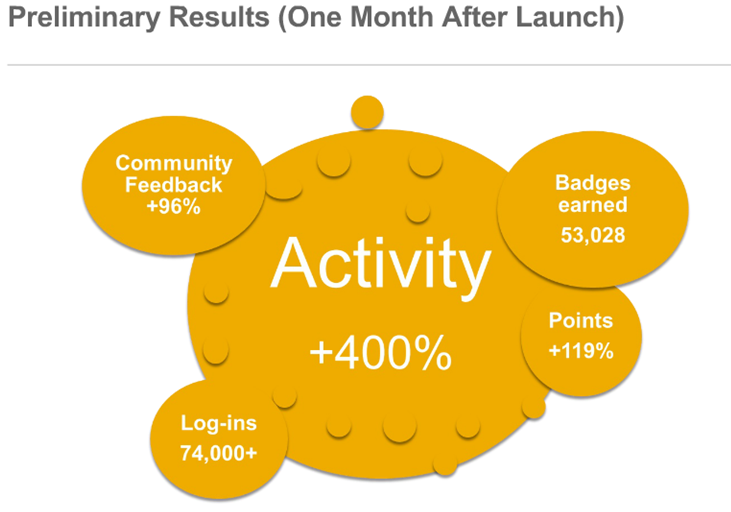 It has been over 2 months since launch and the activity has increased as shown in Figure 5.

At this point I contributed to the conversation by adding that I’ve noticed an increase in plagiarism since the April launch.  I’ve seen several posts where SAP Help is copied, someone else’s work is copied, SAP press announcements are copied.  Audrey said that they would like to see the plagiarism statistics before and after the launch.

Afterwards one of the attendees approached me and said “I’m one of the plagiarizers” and we discussed how he should reference articles in SCN.

I want to thank Audrey and Marilyn for this session and especially Marilyn for moderating the discussion.

What are your thoughts on gamification and plagiarism?

Thanks for writing up the details of the session in a blog post.

One small correction: the results shown in the slide with the bubbles were the results after just one month! We did not have the results from the second month yet at the time I gave the session.

We do have those figures now, however, and the results continue to be very positive. I believe Laure Cetin may be writing up something to share the second month's results with the community sometime soon, now that she is back from a well-deserved vacation.

i love the whole gamification concept and its already got me doing more at scn. gr8!

Since the time when gamification launched, it has changed SCN image totally..!!!

i can notice involvement from many people day by day.. its really interesting and fun loving too.. 😆

People feel proud to be part of this wonderful platform.