It is always a nice surprise to see that somebody has thought of you and more so if you did not expect it. In my case it was my fellow newbie Mentor

Steve Rumsby to who I would like to say THANK YOU. You can find his own BIF here.

I was born 42 years ago in the town of Bremen, Germany. You might know the story of the Town Musicians of Bremen by the Grimm Brothers, well yes that is my home town. I was just 15 when my father had joined SAP in 1986. It was still a very small company with not even 400 employees. That was also my first contact with this great company. I studied Business International Management at the Hochschule in Bremen and then one year at the Universidad de Valencia in Spain. The latter is one of the reasons why I am still residing in this beautiful country. I always have had a passion for technology, but more from a focus of what it could do for me rather then looking into the deep insights.

I have a wonderful partner and we are living just a little outside of Madrid in a town called Majadahonda. It allows me to have a house with a terrace and a nice view over Madrid 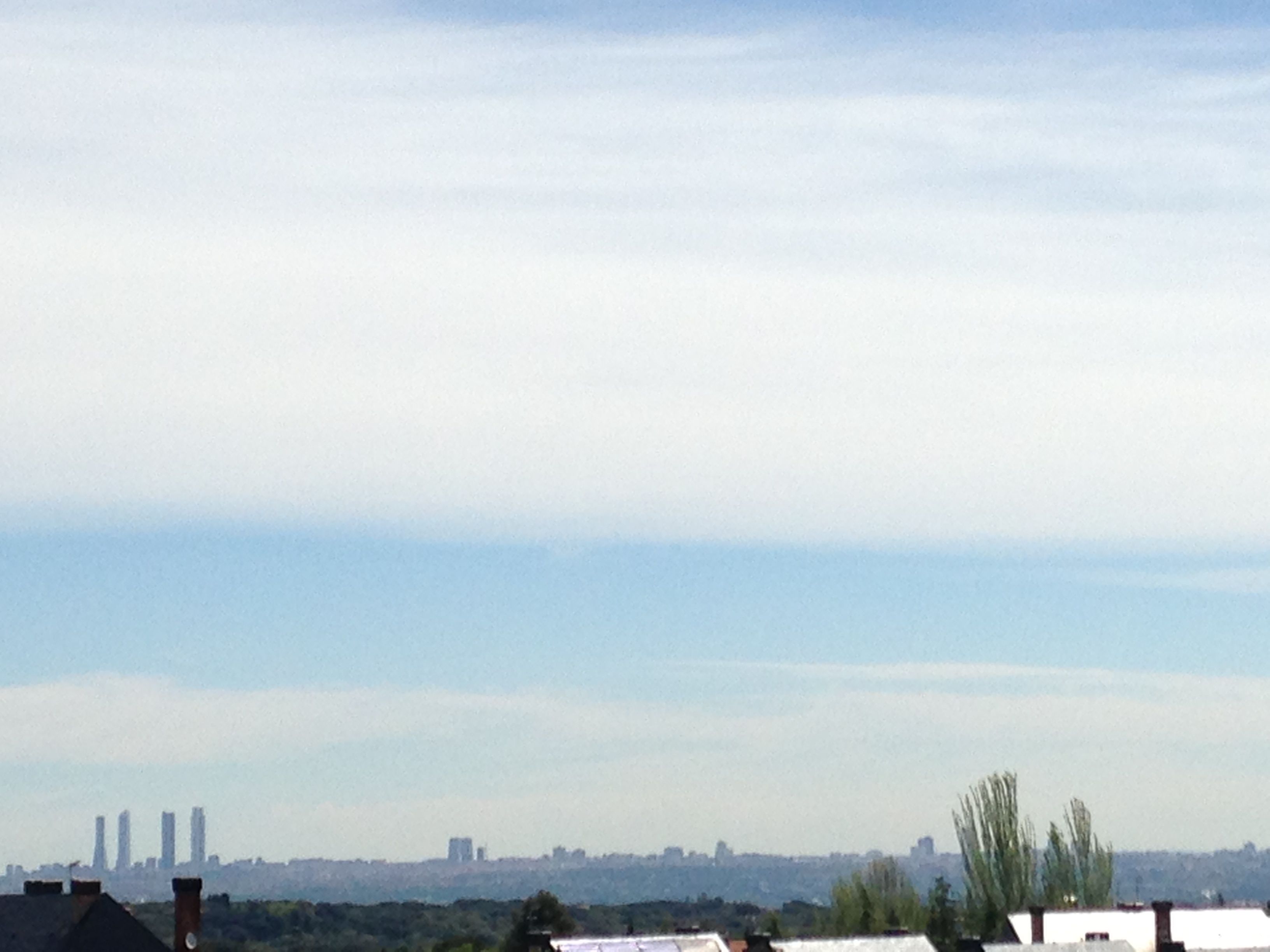 This is what I see when we are on our mentor calls. The 4 towers on the left were constructed on the former training grounds of Madrid.

We do not have kids, nor pets but a good crowd of friends with whom we share our time. Living close to Madrid has further advantage that we ware very close to the Sierra de Madrid, one could call it the Mountains, where you can even go skiing in the winter. Sometimes it is unbelievable to think that there can be snow here whilst in the summer we have temperatures of around 38-39C during the day in the winter it does get cold.

My work life has been linked initially to SAP while I opened the office for IXOS (known today as OpenText) i Spain and Portugal which was really a great experience. It got followed up by Ariba, Freelance Sales Consultant and then Internet Security Systems which in 2006 got acquired by IBM which is where I worked until October 2013. IBM gave me the opportunity to get close to SAP again with SAP HANA. In October 2013 I have moved to SAP where I am now working on the SWAT Team for EMEA on SAP HANA. A Sunday morning in April 2013 I received an email from Mark Finnern

which told me that I have been privileged to be a SAP Mentor, the 1st one in Spain and that not even being Spanish 😉 This leads me also to give an explanation of my twitter handle @cochesdiez. Some of you have asked me the why. Well it is not always easy to have a name like Carsten in Spain so once on the phone trying to spell my name I said it is like “Cars” in Spanish = Coches and then “ten” in Spanish = Diez. A colleague of mine had tears in his eyes and since then this is my twitter. Uwe Fetzer was the first to notice this!

The following picture was taken 4 years ago when I took a nice trip on the Motorcycle. I went from Madrid to Bremen by myself to be at the first day of school of my godchild and nephew.  The kids are my nephews and the statue should be known 😉 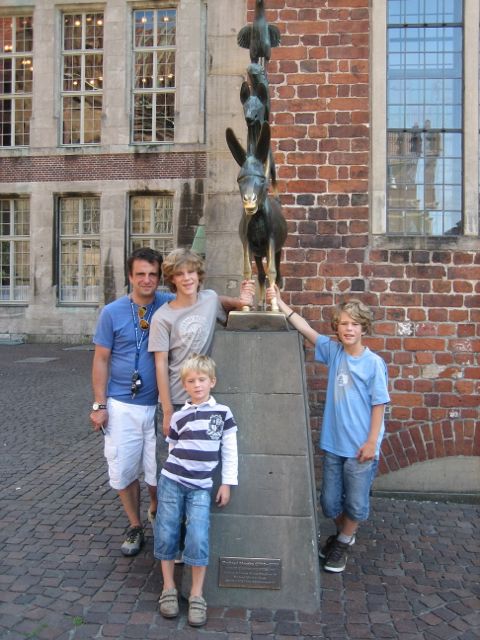 The Questions asked by Steve:

What animal would you most like to keep as a pet (however impractical!)?

Well that is really not an easy one. I would not mind having a dog, having said this a Gold Retriever, but it would not be fair for the animal since we are both traveling quite a bit. Yet the question is not truly answered by this. My favorite animal is the Hippopotamus. Even though it is a dangerous animal it inspires me a lot of sweetness. But can you imagine to walk through a town having an animal like this 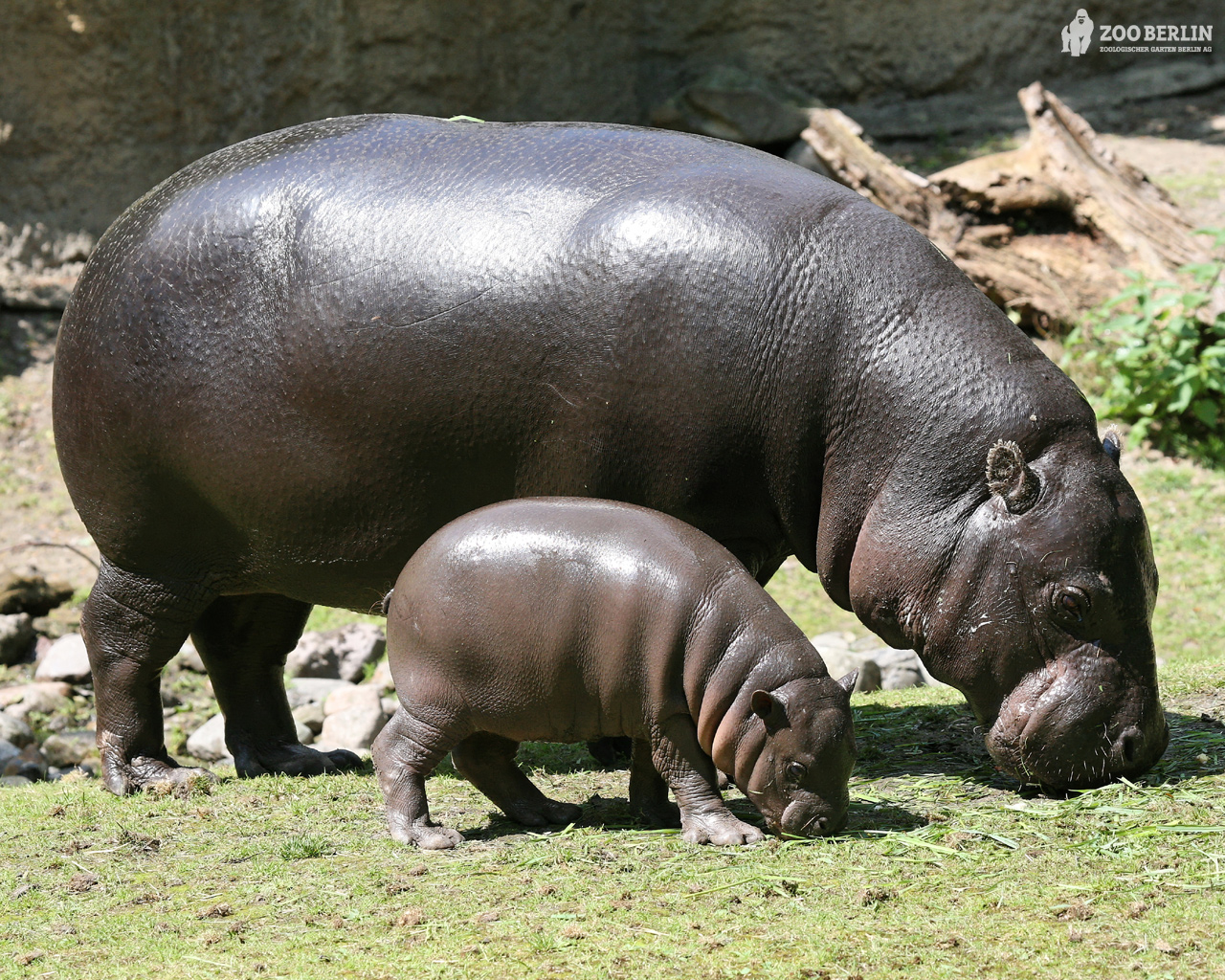 What is my earliest memory?

Now this is really a tough one since it is actually linked to an event which was quite a shock. I was at Kindergarten (so really a long time ago) and we were playing in the yard. When we wanted to enter back there were some other kids who did not let us in. It came to the typical situation where kids measure their strength. My friend unfortunately did not push on the door handle but on the glass. I will spare you with the details but the glass broke and he badly injured below his wrist. I ran off to get help and probably it was this very fast reaction that helped him to be with us today and be a excellent surgeon. This has also made me work during my studies as assistant & driver on the emergencies ambulances in Bremen.

Not really an easy one since many of the people I have in mind have been on the List already. Yet I have to admit that I have met many very inspiring people both on SCN as well as on Twitter. But there are two who I would like mention. One is Christoph Streubert Christoph and I have shared some fun conversations during the #HANARace which was going on during the last Teched in Vegas. Further I would like to nominate Juan Carlos Martinez Gil we shared one of the very fist HANA experiences together back in 2011!

Remember the rules of the game:

Thank you for explaining @Cochesdiez - now that totally makes sense 🙂

Great BIF and great story about how you landed in Spain

Thank you for participating...

Tammy it is my pleasure and probably even more honour ! Thanks for your kind words !

good to know your life style 🙂

thanks for your kind words and for liking my story! "Summertime and the living is easy 😉 !"

many thanks, well Steve made it nice and easy by saying it would not have to "practical" 😆 .

Glad that you liked it !

Looking forward to your news next week !!!

seems you lived in two of the most beautiful cities in the world (after Dusseldorf of course 😉 ). I like Bremen and Madrid a lot.

Still riding your BMW? I'm in the comfortable situation, that I can ride by motorbike to my current customer every day.

Bremen is indeed very nice and very comfortable. Very different from Madrid, not only in size. Madrid is very vibrant,  city that never sleeps. I love the speed of it and yet people will always find the time when they meet a friend on the street to stop, chat have a coffee or beer (depends on the time of the day) and enjoy life. If you come to Madrid make sure to ping me prior and we meet up and I can show you around!

Yes I still ride the a BMW. I made the license with 35 and the first bike I bought was the R1200GS, officially it was limited to 34PS.. but that only until I got home from the local TÜV... 😉 I got in march the 2013 model. Tremendous how BMW was able to make the bike even better! I ride it quite often to work since it saves me approx 30 minutes on each way (traffic jams have a different dimension when looked upon from 2 wheels) and I can park right at the door. Being able to do like you to go to the customer by motorbike is really a privillege and I guess we will the same!

Thanks for your comments and hopefully we will meet soon

But for sure I'll meet you in Amsterdam.

Hi Uwe, well meeting in Amsterdam also sound like a good plan to me 😉

Nice BIF and good to know you Carsten.

Thanks for sharing Carsten! I love your twitter handle story 🙂   Mine is @GKS chosen when Craig Cmehil recommended I chose something short but little did I know that there is something in India in which many reference in their tweets and I get notified! 😆

I love Madrid too so can certainly understand why you adopted the city. Hope to meet in a future event.

I've always been fascinated at wildlife programs on TV that show big cats, and how their behaviour is so similar to my own domestic cat. I'd love to have a leopard about the house! Not sure the neighbours would be quite so enthusiastic when he goes out exploring, though...

Interesting story Carsten. I hope you can use Hippos for travelling too 😉 .

Nicely written, Carsten! I wish I had known this much about you when we were working together...

Interesting blog! When you mentioned about Germany, I always remember about football. I am happy to see our company IBM in your blog. Also I like your pet animal Hippos. 😆

Different thought and different experience you have. Thank you so much for sharing wonderful experience. Keep up the good work!

Hi There. I am glad you liked it. I have left IBM in October 2013 to join SAP finally. IBM was a great school for me and a company to which I will keep my admiration.

Oh is it! Anyway you are now settled in great company. Keep rocking and continuing the same!

Great BIF. Thanks for sharing your journey so far!!

Nice to hear about your life cycle.