As team lead in User Experience for SAP’s Mobile Design Center, I recently spent time familiarizing myself with Apple’s latest release of iOS 7 in order to gain better insight into how this new mobile operating system will change the user experience.

iOS 7 is being touted as the first major update to the look and feel of Apple products since the passing of Apple founder Steve Jobs, who was known for his love of “skeuemorphic” design, in which user interface elements are designed to mimic real life. 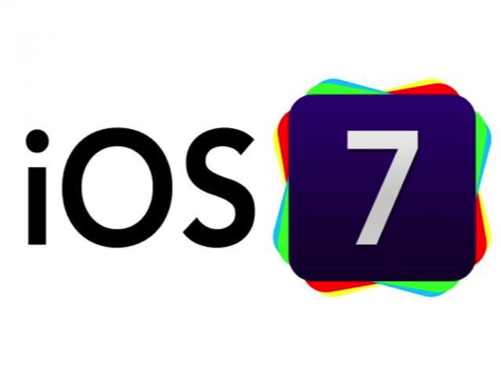 Think of the cheap pine bookcase background to the iBooks library, the stitching on the edge of the calendar app, the notes app that looks like an old-fashioned legal pad, or the green felt background of the Game Center app. All of these design elements speak to the user in a language distinctly Apple, telling them that this is not only a genuine Apple experience but a reflection of the imagination, care, and meticulous attention to detail in design that the company is so famous for.

With iOS7, his vision for a simplified “flat” design that eschews all things skeumorphic has been realized. Apple’s new operating system is more than a just facelift, revision or update—it’s a direction-setting blueprint that gives us insight into the future of mobility.

It’s not just an operating system—it’s an experience

The changes to the graphic interface are immediately apparent: a thin-serifed global font, Helvetica Neue, combines with thin line icons and bright, primary colors to create a look that clearly distinguishes iOS 7 from its predecessors. The colorful, flat icons use the retina display to high advantage by creating a sparkling, eye-catching home screen. The changes aren’t just cosmetic—the new gesture-controlled functions represent an advance in a gesture-based behavior that didn’t exist a few short years ago and allow easier access to controls, searching, and content.

In a keynote speech at Apple’s last Worldwide Developer’s Conference, Ives said, “True simplicity is derived from so much more than just the absences of clutter or ornamentation, it’s about bringing order to complexity.”

When you look at all the new iOS 7 screens in together in a side-by-side view, you get a clear sense of what he means. Ives’ simplified design removes mental associations that might complicate one’s ability to process the experience. At the same time he introduces dimension into the experience. He flattens everything into a two-dimensional layer but then adds translucent layers of functionality on top of each other, making it easy to move from one layer to the next.

The result is an experience that is light and playful and perfectly in tune with the content it is designed to support. The operating system minimizes the number of background brain cells required to process what you are seeing in order to allow you to more richly experience what you are feeling, substantiating Apple’s claims that it’s in the “experience-creating business.”

And why should we expect anything less? This is the company that created the iProduct family of iTunes, iPods, iMovies, Garage Band, etc. and pioneered the concept of creating a compelling complete multi-media entertainment system for your computer.

In the same way, iOS 7 isn’t supposed to be seen as another product offering but rather a way to perceive something already familiar from a different angle. It’s a unique language that is easily understood and repeatable across multiple devices with varying screen resolutions and screen sizes and, above all, representative of Apple’s unique brand values.

Elevating the experience while remaining true to the brand

Compare iOS 7 to Microsoft’s 2012 release of the Metro user interface. There are arguable similarities found in the color palettes, font, and icon styling of the two different user interfaces. And yet there was a huge difference in how these two releases were executed on a brand level. Microsoft spent countless millions on advertising to create anticipation for Metro, which it tried to brand as a revolutionary game-changer.

It reminded me of a friend who tries to look younger then his years by wearing a baseball cap backwards on his head. But unless you can name three current pop songs that are topping the charts, have Tweeted at least 20 times that day and really know what “WWAG do,” your hat had better face forwards. No matter how revolutionary and cool Metro tried to be, it was hamstrung by the fact that it lived side by side with a Windows browsing experience. And ultimately, “hip and cool” just aren’t descriptors that reflect Window’s long-time brand identity.

Apple, on the other hand, isn’t trying to be the ultimate game changer here. Instead, they want to be the cilantro in the omelet – the ingredient that adds freshness and flavor when least expected. They don’t want to dominate the experience – they want to surprise and delight you.

Get ready for more exciting experiences coming down the pipe

That’s what iOS 7 is telling me – that there are new and interesting experiences coming my way from the guys who made the iPhone and iPad. At the very least I expect to see new advances in translucent user interfaces that communicate dimension in a nontraditional manner.

The new operating system also encourages users to stop unconsciously focusing on how they’re making something happen and instead to enjoy what they’re making happen. And this makes me excited about the other great leaps we’ll see as the mobile landscape continues to evolve.