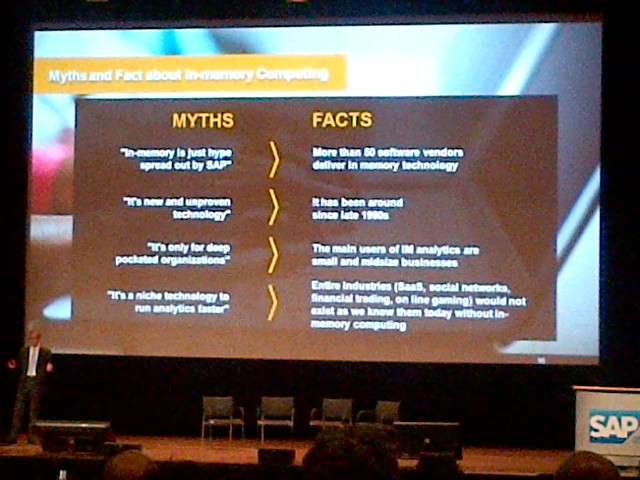 Nearing the end of our six part video series covering sapinsider 2013 we have two more to go! The next up in this long line of expertise and technological mastery is none other than Joshua Fletcher.  If you missed the previous entries you can find the contribution from Mico Yuk here, Luke Marson here, Babak Hosseinian here and latest Martin Gillet here. Great input from these guys on BI2013, HR2013 and GRC2013!

Being the fifth contributor to our video series, Joshua Fletcher, had his work cut out but he gave a stellar performance in the interview chair on the event’s BI2013 stream. I’m certain many of you know him as he’s one of the recognised few who got acknowledged to become a part of the SAP Mentor community. Flying up from Perth in Australia, he had been invited to attend the event as a speaker and covered a number of interesting topics around such domains as EIM, BI, Design Studio and Information Steward including the occasional HANA thrown in there. He works in quite a lot of edgy technology areas in the Business Information space and has had hands-on experience on some of the latest products out there. During this video interview he covers quite a lot of these topics in some detail and he gives you an idea of what’s to come looking ahead at SAP’s future SAP BI/Analytics strategy.

I recommend that you check out Mico’s video prior to watching Joshua in action as they go very well together and give you a broad coverage of what SAPinsider presented this year.

That wraps up the 5th video in our 6 part video series. Next up, the “grand finale” of the series, will be me recapping what I experienced at the event. It will be a short video where I, as an impartial exhibitor and attendee, tell you what I took away from the event and how I felt the entire event went down. I will focus more on the non-technical side and rather present the experience as what a curious technology enthusiast might experience at this type of event.

Joshua will surely keep an eye on this post, so if you got any questions fire away as always. I would also like to recommend that you go to BI2013 Amsterdam Summary and read his blog on the event to get a more detailed overview on his key takeaways.

Great job, Joshua Fletcher , talking about the EIM + BI landscape. Glad to hear called out that Data Services 4.2 and Information Steward 4.2 are in Ramp Up, and using more and more of HANA's processing power every day.