It’s a time-honored tradition to dismiss established companies when exciting, new technologies appear on the horizon. But knee-jerk predictions about which companies will succeed or fail in response to the news of the day are rarely accurate. They can also have a pesky little problem aligning to the facts. Cloud computing is a great example of how this works. There’s no question cloud is huge. Research firm IDC predicts worldwide spending on public IT cloud services will approach $100 billion by 2016.  But a spate of recent media coverage bemoans the supposed demise of on-premise software companies. Boiled down, the argument goes something like this: cloud disrupts traditional vendor business models so these existing companies are sure to fail. 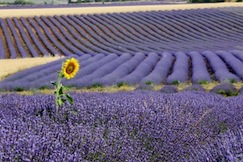 This kind of logic entirely misses the point about how change happens in the technology industry. Whether to innovate or not isn’t the question. How to innovate with success is the issue. Cloud computing is no exception.

Consider the evolution of Ariba. It was originally founded as a web-based solution focused on streamlining the procurement process and taking costs out of the supply chain for enterprise resource planning (ERP) customers—all of whom relied on-premise software over a dozen years ago. Following the dot.com crash in 2001, Ariba retrenched over the next few years introducing sell side apps and expanding into Europe, South Africa, and Asia. In doing so, they created a worldwide marketplace that allows buyers to save and sellers to grow. In 2006 Ariba moved to a multi-tenant, software-as-a-service (SaaS) model, giving customers the choice of on-premise or cloud.

Today, the Ariba Network consists of 1 million connected companies in over 190 countries worldwide. As the world’s largest, most global network for business-to-business collaboration, Ariba has over 5 million users that process USD 460 billion in total commerce including USD 65 million annual e-invoices and USD 40 million annual purchase orders. Not bad for a company that has its roots in the on-premise world.

I recently talked with Joseph Fox, Vice President of Marketing Strategy at Ariba, who described Ariba’s transformation in just a few short years like this. “We never abandoned our original on-premise customers and their original suppliers. We’ve tackled a whole new business problem outside the four walls of the enterprise and brought it to the cloud—that’s why SAP bought us.”

Fox says that companies invested in Ariba have joined what McKinsey Research calls the networked economy, lowering costs and finding new growth. “We believe that Ariba’s transformation from on-premise to cloud embraced choice for customers, allowing them to use cloud in addition to on-premise so they can be more competitive while leveraging their current investments.”

It’s plain to see that historical facts are much more revealing than worst-case scenarios propagated in the popular press. Of course the transition to SaaS requires a balancing act as on-premise software vendors have to retool business models from perpetual licenses to subscription-based payments. They also have to respond to customer demands for choice, offering the right mix of on-premise and cloud as customer demands dictate. But cloud is in everyone’s future. Maybe a more accurate prediction would be that we’re all caught up in a disruptive evolution for some time to come.